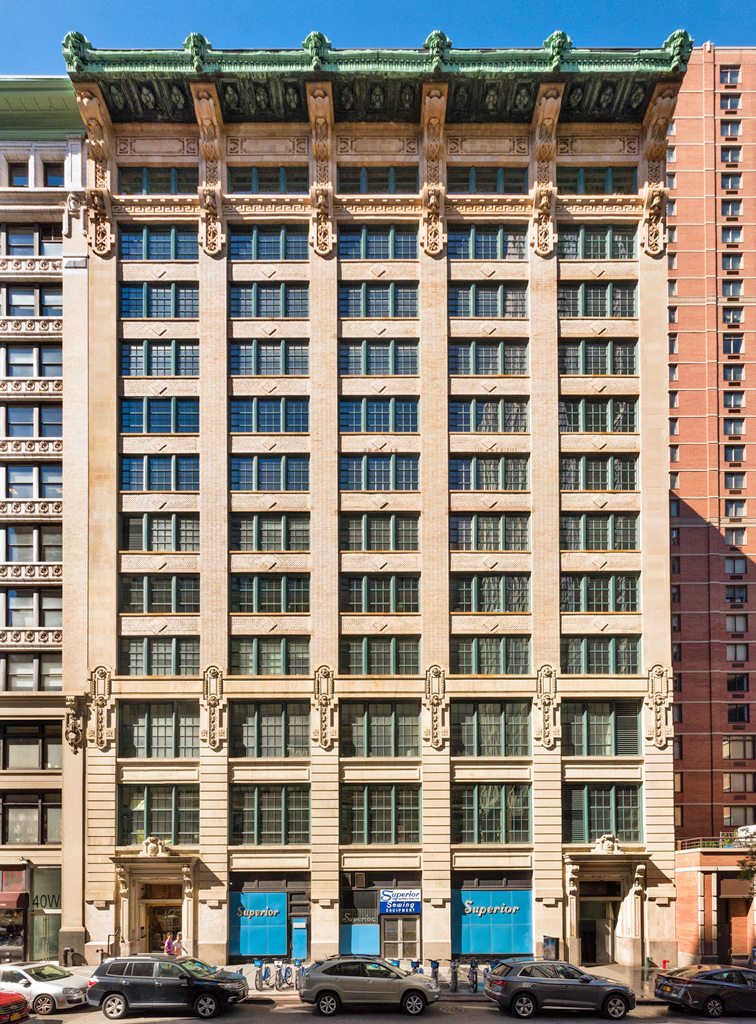 Cushman & Wakefield arranged the sale of Ibis Plaza, 3525-2525 Quakerbridge Road, from a private ownership entity to IBIS Realty LLC.
The single-story buildings, totaling 119,000 s/f, were 88 percent occupied by approximately 75 tenants at the time of the sale.
“Ibis Plaza accommodates the market trend toward smaller offices, collaborative spaces and flexible terms,” said Andrew Schwartz, who headed the sale transaction with Andrew Merin, David Bernhaut, Gary Gabriel, Brian Whitmer and Ryan Larkin, along with leasing broker Milt Charbonneau.
“The single-story design accommodates varied uses in a market with limited ‘like’ alternatives at competitive pricing.”
The building features include a 26,000 s/f express office suites component as well as a 6,700 s/f event venue available for rent to both tenants and off-site organizations.

Cushman & Wakefield announced the sale of an 18,003 s/f office condominium at 420 Fifth Avenue, a commercial office building located in Midtown South. The final closing price was $18,723,120.
A Cushman & Wakefield brokerage team consisting John Ciraulo, Craig Waggner and Doug Blankrot led the marketing efforts on behalf of the seller, AM Property Holding & Quality Capital USA.
The property was purchased by American Exchange Time who was represented by Wayne Siegel of Advisors Commercial Real Estate.
“We are pleased to have worked with AM Property Holding and Quality Capital USA on this fourth and final sale of their office condos in this premier class A office building,” said Ciraulo. “It took about three months to sign contracts with three different buyers and six months to close on all four floors.
Some of the building highlights include high security, a three-story clear atrium lobby and a large plaza entry.
American Exchange Time purchased the entire 15th floor office condo, which has a flexible open layout with full height windows on all four sides and 13-foot ceilings slab-to-slab.

Brookhaven Industrial Development Agency announced they closed on an agreement that will provide economic incentives to 10 National Medford LLC, whose managing member is Jeffrey Feil of the Feil Organization, for its purchase and leaseback of Intercounty’s facility at 10 National Blvd., which total 250,000 s/f and sits on almost 30 acres. The Feil organization secured a benefits package to assist in its $30 million purchase of the Long Island warehouse complex.
The property is the Medford headquarters and warehouse of Intercounty Appliance Corp.
“Intercounty has long been a good corporate citizen of Brookhaven and we understand that the owners of the cooperative would like to get out of the real estate business,” said Frederick C. Braun, Brookfield IDA’s chairman.

Hempstead Industrial Development Agency announced the sale of a Lynbrook office building and the transfer of existing economic incentives to Welltower, a national real estate investment trust.
The agreement also requires the REIT to ensure that employment remains at a least 307 full-time equivalent workers. Currently, there are 439 full-time-equivalent workers at the site.
“The investment in this building by Welltower is a tremendous vote of confidence in the Town of Hempstead and its economy,” said Fred Parola, CEO of the Hempstead IDA. “It also will ensure that hundreds of jobs will remain in the town.”
The seller was the Hammes Co., which acquired the medical building in 2014. The benefits package will remain in force through Dec. 31, 2023.
The property, originally constructed as a corporate office for Liberty Mutual in 1962, was transformed in 1998 into a medical office building and surgery center with more than $16 million in improvements.

W. P. Carey announced investments totaling approximately $119 million. The investments comprise properties triple-net leased to industry-leading tenants with a weighted average lease term of approximately 20 years.
The transactions include:
• $41 million acquisition of a 550,000 s/f distribution facility leased to Orgill in Kilgore, TX, which serves as its distribution center for Texas, Oklahoma, Louisiana and southern Arkansas. The facility is triple-net leased for a period of 25 years, which will reset upon completion of the expansion.
• $33 million sale-leaseback of a six-property industrial portfolio of transfer stations and material recovery facilities and a corporate headquarters in greater Chicaco. The portfolio is under a master lease on a triple-net basis for a period of 25 years with annual CPI-based rent escalations.
• $31 million investment in distribution, warehouse and global headquarters facilities leased to Brake Parts Inc. in the greater Chicago area and include Brake Parts’ largest U.S. distribution facility. They are triple-net leased with a remaining lease term of 11 years and fixed annual rent escalations.

Savanna announced the acquisition of 48 West 25th Street, a 12-story, 126,256 s/f office and retail building located on 25th Street between Broadway and Sixth Avenue.
Savanna acquired the property from a longtime family owner. The seller was represented by the Cushman & Wakefield team of Adam Spies, Adam Doneger and Josh King.
“48 West 25th Street is situated at the epicenter of one of Manhattan’s most exciting neighborhoods,” said Andrew Kurd, managing director of Savanna. “This exceptional location, along with our planned capital improvements, will make this property a true standout for a wide range of tenants.”
Built in 1920, the property offers up to 16-feet ceiling heights and flexible office floors of 10,000 square feet that can be divided or offered for full floor tenancy.
Savanna secured a loan from Mesa West in connection with the transaction. The buyer was represented by a Cushman & Wakefield financing team led by Gideon Gil.