“This acquisition continues the expansion of Simone Development’s tri-state industrial portfolio. Over past few months we have acquired a total of 285,500 square feet of industrial properties in five transactions,” said James D. MacDonald, vice president of leasing for Simone Development.

The property was sold by White Plains-based Baker Properties, which bought it for $9.25 million. in 2013.

Josh Gopan, director of leasing for Simone Development, said the property is being marketed for warehouse and office tenants of all space requirements.

Gopan said “Of the 64,000 square feet of warehouse space we will consider dividing as small as 12,000 square feet. The flexibility of the building is one of its best attributes.”

Located one mile from the I-95, the property features 1.1 acres of outdoor storage space, clear span warehouse space with ceiling heights from 12 to 17 feet, elevator to the second floor office space and 243 parking spaces. The property is conveniently located only a mile from I-95 and a half mile from the Glenbrook train station.

Cushman and Wakefield and Laurence London 7 Co. represented the seller.

Developer David Dweck bested the gang of investors bidding for the Boricua College lot in WIlliamsburg.
Cushman & Wakefield announced that the firm sold the college property at 186 N 6th Street to Dweck for $31.1 million. 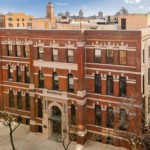 The property consists of two adjoining tax lots with three brick buildings – a main school building, a gymnasium and a four-story multifamily building. All three buildings will be delivered vacant.

Gideon Gil, Executive Director in Cushman & Wakefield’s Equity, Debt and Structured Finance team, served as the exclusive advisor in arranging a senior stretch financing facility in the amount of $30 million for a $36 million budget scope. The lender was G4 Capital Partners.

The property’s three buildings have a gross floor area of 68,735 s/f. The elevatored, five-story main building consists of classrooms, offices, a library, cafeteria and book store. On the same lot stands a four-story multifamily building with 25 feet of frontage on N 5th Street and six residential units. The lot also offers off-street parking.

Completing the assemblage is a three-story, 20,696 s/f gymnasium with frontage along Driggs Avenue, which holds five labs, a library and three additional classrooms.

Urban renewal initiatives in Newark drove three multifamily trades to benchmark pricing last week.
Gebroe-Hammer closed three separate sales totaling $31.7 million for four buildings and 245 units.
David Oropeza, executive managing director, spearheaded the sales, which involved the trade of 26 units at 742 Park Ave., in East Orange and a new $257,692 per-unit-price benchmark for the municipality.
In addition to the Park Avenue property, Oropeza exclusively represented the seller in the trades of 25 Van Velsor Pl., and 103 Chancellor Ave., both in Newark, as well as the sale of 110 Halsted St., in East Orange, which garnered a $201,785 per-unit-price.

Senior Vice President Debbie Pomerantz procured the buyer in the sale of the Park Avenue and Newark properties, which occupy one city block along Chancellor Avenue, between Van Velsor and Parkview Terrace. 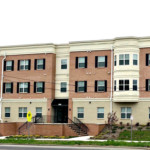 “East Orange and Newark are garnering a lot of attention lately for their urban-renewal initiatives, at the core of which is each city’s multi-family housing stock – both existing and newly developed,” said Oropeza.

“These revitalization efforts didn’t just happen overnight. They have been fed by a wide range of factors, including visionary multi-family investors who aggressively pursued value-add and development opportunities over the course of many years that are now coming to fruition.”

742 Park Avenue is a newly-constructed, three-story 26-unit building comprised of studio, one- and two-bedroom units.

The Van Velsor Place and Chancellor Avenue – known as The Normandie – properties, encompassing a total of 191 units sold for a combined $19.35 million.

The adjacent six-story properties’ mix of studio to three-bedroom layouts were fully occupied at the time of sale.

Investor Steve Hackel has purchased a six-story, mixed-use building in the Two Bridges neighborhood for $12 million.

Marcus & Millichap brokered the sale of 77-79 Madison Street, located between Catherine and Market Streets in the Chinatown submarket.

Barbara Dansker and Zachary Ziskin represented the seller, a private investor and procured the buyer, listed on public records as Abacus Madison 7779 LLC.

“The neighborhood is predominately rent-regulated tenement buildings and affordable housing along the water,” said Dansker.

“Investors are enticed by the area’s low average rents, significant rent regulation and the ability to purchase at a lower cost basis than in the rest of Downtown Manhattan.”

According to Ziskin, “The buyer understands the logistics of owning and managing rent regulated buildings and has an existing footprint in the Two Bridges market.

“The attractive price per foot and depth of knowledge in the product type and market provided the buyer with desirable and immediate upside. While the surrender agreement and installation of the new boiler provides challenges up to the finish line, both sides were very satisfied. “

The building has 28 residential units with one free market unit and four commercial; two ground and two basement storage. The property was owned by a group of seven partners, who own other assets throughout Chinatown.

The two and three-story properties are located at 100-700 Lanidex Plaza on a 33.72-acre site that is adjacent to the intersection of Interstates 287 and 80 in New Jersey’s Morris County.

The ownership is committed to total rebranding and repositioning of this park, which totals 450,000 s/f on 50 acres and is one of the most desirable locations in the state.

The state is selling an upstate prison at public auction this summer. 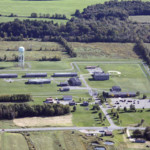 The New York State Office of General Services (OGS) announced it will sell the former Chateaugay Correctional Facility in Franklin County at 7874 State Route 11 during a July 24 auction.

Located six miles south of the Canadian border, the former jail consists of 99 acres with 30 structures on the site.

The structures, with a combined 98,000 s/f of building area, were all constructed in or after 1990 and are mostly single-story, metal buildings on concrete slab foundations. They were used as administrative offices, and dormitories, as well as medical, dining, kitchen, recreational, vocational, garage, maintenance, and storage facilities.

Affordable New York is not living up to its name