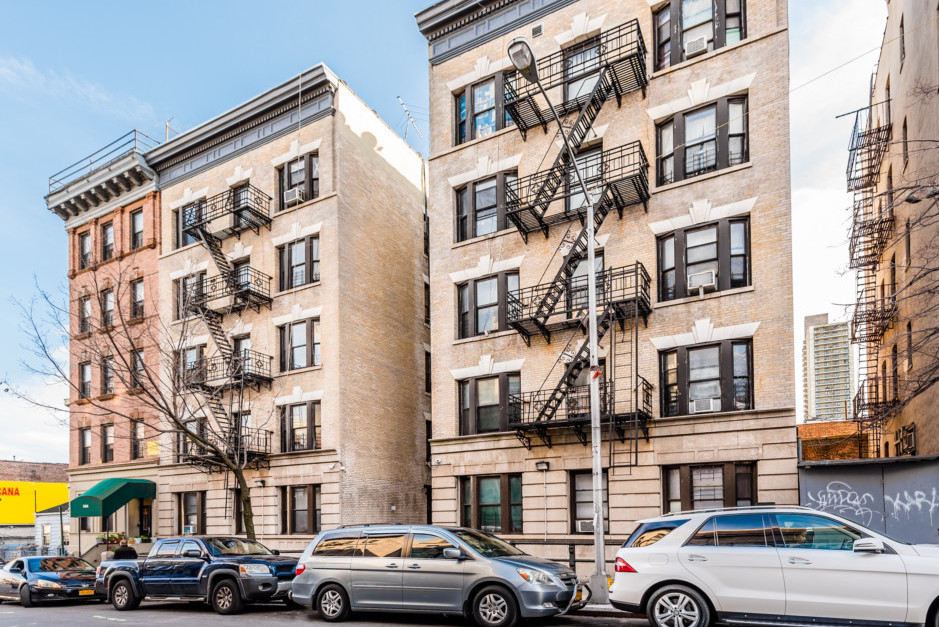 Swedish property giant Akelius continued to bulk up its US multifamily portfolio this week.
The company closed on two purchases totaling $17 million.

185 Prospect Park West, built in 1920, consists of 10 units. Three of the units are rent stabilized, and the remaining seven units are free market.
The property closed for $725,000 per unit, accroding to Greysteel, a national commercial real estate investment services firm which represented both the seller, a local private investor, and the buyer.
Akelius also purchased a property at 19th Street Northwest, located near the Meridian Hill Park in Washington DC.
Ralf Spann, Country Manager Akelius US: “We will continue our strategy of cherry picking buildings in prime locations in New York, Boston and Washington.” Since it first entered the US market in 2015, Akelius has built its multifamily portfolio to  1,090 units across the north east.

Long Island based CapX Holdings has closed on the purchase of an eight-building package in the Bronx and Marble Hill section of New York for around $35 million.
Paradise Management was the seller, having purchased the buildings as part of a $54 million E&M portfolio sale in 2014.
The portfolio consists of one elevator and five walkup apartment buildings in the Bronx and two walkup buildings in Marble Hill. Combined, the contain 226 residential units and two stores.
The properties are located at 41 West 184th Street, 2291 University Avenue, 226 West Tremont Avenue, 1786 Topping Avenue, 1631 Grand Avenue and 2322 Grand Avenue in The Bronx and 151 and 159 West 228th Street in Marble Hill.
Steven Vegh of Westwood Realty was the sole broker on the off-market dea .
The package is the second from the original E&M portfolio to be sold by Paradise. In February, the company sold 11 West 172nd Street to Ved Parkash in a $10.5 million trade.

The 52-unit package, located at 517 West 180th Street and 570 West 182nd Street, sold for $15.8 million, which represents $423 psf.
Spanning a total of 37,305 s/f, the portfolio contains fifty-one residential units, consisting of ten one-bedroom units, 27 two-bedrooms, 13 three-bedrooms and one five-bedroom unit; 39 are rent stabilizedand 12 are free market.
Exclusive agents Michael A. Tortorici, Victor Sozio, Matthew Gillis and Shimon Shkury represented the owner and secured the buyer, both private investors.
“Washington Heights is one of the most transactional multifamily submarkets in the city and this sale speaks to the enthusiasm investors have for the neighborhood,” said M Tortorici, Executive Vice President at Ariel .
The buildings are close to several major development projects, including Youngwoo & Associate’s 212-key hotel and office building at 517 West 180th Street.

Boston Properties has purchased Mack Cali’s 103 Carnegie Center Drive, a Class A office building in the Princeton-Route 1 submarket that is home to many of the state’s largest corporations.
The Cushman & Wakefield’s Metropolitan Area Capital Markets Group orchestrated the $15.8 million sale.
The 96,000 s/f, three-story office building, which includes floors accommodating tenants from 500 to 15,000 s/f is located within the 560-acre Carnegie Center campus. Boston Properties already owns most of the buildings in Carnegie Center.

Andrew Merin, who lead the Cushman & Wakefield team of David Bernhaut, Gary Gabriel and Brian Whitmer, supported by Frank DiTommaso II and Andrew Schwartz, said, “With 83 percent of the building leased to 31 tenants, 103 Carnegie Center Drive provides opportunity for small companies to lease space and gain access to the large corporations that dominate the Princeton market.”

Simone Development Companies has made its first in-road into Northern New Jersey with the acquisition of Prospect Plaza at 385 Prospect Avenue in Hackensack, NJ.
Simone acquired the three-story, 62,000 s/f medical office building near the world renowned Hackensack University Medical Center in a bank auction. Sale price was not disclosed.

Joseph Simone, president of Simone Development, and Joseph Deglomini, Jr., a principal with the firm, arranged the acquisition.
The property, situated on 1.6 acres and built in 1983, features parking for over 200 vehicles. Simone plans to renovate the lobbies, common areas, façade and upgrade the energy management. The property is 52 percent occupied by medical tenants.
James D. MacDonald, vice president of leasing for Simone Metro Properties, is handling the leasing of nearly 30,000 s/f of available space at the property.
“The property at Prospect Plaza presented a unique opportunity to acquire a medical office building in a competition constrained market where existing medical office properties are more than 96 percent occupied,” said MacDonald.
“The building is complimented by surrounding medical offices, senior-living communities and other healthcare specialists, and Hackensack has experienced a surge in multi-family development over the past five years, increasing the need for healthcare services in the area.”

● HFF
Iconic waterfront site sold
Holliday Fenoglio Fowler has closed the sale of a 1.73-acre development site located along the Hudson River in Edgewater, New Jersey.
HFF marketed the property exclusively on behalf of the private seller. The buyer plans to redevelop the site for residential use.

The site is located at 1339 River Road, a mile south of the George Washington Bridge, and has been the home and marina business of the von Dohln family for three generations. The family has been proud to provide public access to the Hudson River for more than 112 years and was the oldest continuously operating business in Edgewater.
The HFF investment sales team representing the seller was led by senior managing director Jose Cruz, managing director Kevin O’Hearn and senior directors Michael Oliver and Stephen Simonelli. As of right, 20 homes can be developed on the site.

Cushman & Wakefield has been tapped to arrange the sale of two recently upgraded, mixed-use properties located on Tenth Avenue in West Chelsea.
The two buildings, both situated between 24th and 25th streets, together equal 25,817 s/f in size. Directly opposite Avenues: The World School, the sites are under separate ownership and are available for acquisition either together or individually. 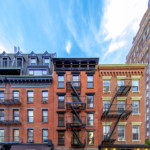 The first building, offered at $28 million, is 246-248 Tenth Avenue. The second is 244 Tenth Avenue, which carries an offering price of $12.5 million.
“This is a rare opportunity to acquire 75 feet of frontage in a prime West Chelsea location across the street from a widely renowned private school,” said Brock Emmetsberger, the Cushman & Wakefield senior managing director leading the sales team.
“With mostly recently renovated units, these are highly desirable, low-maintenance assets.”
Consisting of two contiguous, walkup structures, 246-248 Tenth Avenue is a five-story, 19,721 s/f building with a penthouse duplex. Its interior and exterior were both recently renovated. With 49.65 feet of frontage, the site’s fifteen-unit apartment roster includes thirteen at market rate, one rent-stabilized residence, and one rent-controlled space.
The ground floor has housed Bottino, a classic Tuscan restaurant, since 1996. Its owners recently signed a fifteen-year lease extension.
244 Tenth Avenue is a 6,096 s/f five-story building comprised of ground floor retail space with eight luxury apartments above.

Holliday Fenoglio Fowler has closed the sale of The Addison, two 15-story apartment towers totaling 219 units in Newark, New Jersey.
HFF marketed the property exclusively on behalf of the seller, Azure Partners LLC.
The Addison is located at 380 and 402 Mount Prospect Avenue in the Forest Hill section of Newark. Both towers ten minutes from downtown Newark and 25 minutes from Manhattan via the Holland Tunnel. The unit mix includes studio, one-, two- and three-bedroom units and the property is 99 percent occupied.
The HFF team representing the seller was led by senior managing director Jose Cruz, managing director Kevin O’Hearn and directors Michael Oliver and Stephen Simonelli. 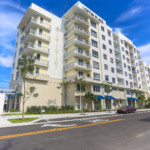 “Historically, our name and reputation has been closely associated with the value-add investment space,” said Elie Rieder, CLP founder and CEO. “However, with a brand new, best-in-class asset like Loftin Place, our strategy is to implement CLP’s style of asset management while capitalizing on the core strength of the Palm Beach County market.” The privately-held, New York-based real estate owner/operator typically repositions properties in their respective submarkets through capital improvements.
CLP’s business plan calls for operational enhancements to increase efficiency, reduce costs and increase NOI, as well as new amenities to enhance the resident experience. This includes preferred parking, a package concierge service and additional storage to meet tenant demand.
Seller Cypress Real Estate Advisors was represented by Avery Klann of ARA Newmark, David Layman of Greenberg Traurig and Mitch Clarfield of Berkeley Point Capital worked with CLP on the deal.