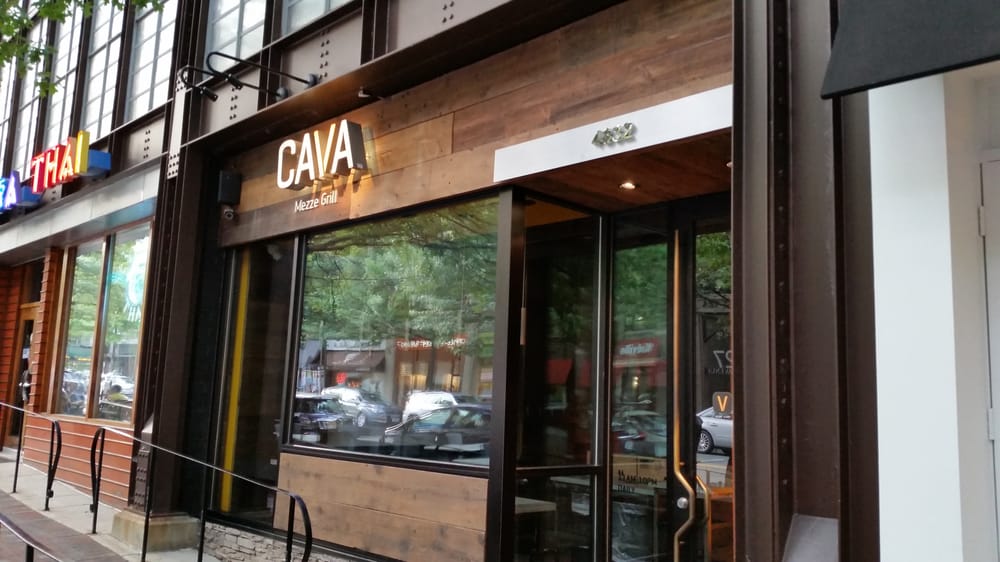 Serving as the exclusive leasing agent for the property, a Savitt team led by Bob Savitt, with Brian Neugeboren and Nicole Goetz, negotiated the transactions on behalf of the ownership with restaurants Cava Mezze and Glaze Teriyaki, as well as national fashion accessories retailer Claire’s.

“We are thrilled to announce leases with these three terrific tenants and we are particularly excited about the incredible re-invigoration we are seeing in the area, with the influx of new coffee and food establishments such as Starbucks Reserve, Sweetgreen, ITSU, Dig Inn, Luke’s Lobster, Juice Generation, Koi, Delmonico’s, Witchcraft, and Wolfgang’s Steakhouse joining some of our existing favorites such as Café Grumpy, Urban Outfitters Café, Shake Shake and Arnos,” said Savitt.

Founded in 2011 by childhood friends Dimitri Moshovitis, Ike Grigoropoulos and Ted Xenohristos, CAVA is a national culinary brand that serves a modern take on traditional Mediterranean recipes in a flavorful and healthy fast-casual restaurant experience.

The restaurant inked a 1,596 s/f retail lease on the ground floor of 1385 Broadway and will offer a menu that is specially created to deliver an ultra-personalized experience for each and every guest – featuring over 50 offerings and 58 million possible combinations of bold ingredients and flavors served one of three ways: salad, grain bowl, or pita. CAVA is committed to working with best-in-class food partners including local grower and rancher partners. In New York City, CAVA has also partnered with Ovenly to offer a custom Salted Chocolate Chip Cookie at all CAVA locations. Cava was represented in the lease negotiations by Brandon Berger of RKF.

Glaze Teriyaki committed to a 1,787 s/f lease also on the ground floor of the property where the restaurant will be opening its fifth location in New York City. Glaze is recognized for its fresh, natural teriyaki that strikes the perfect balance between sweet and savory and for bringing Seattle-style teriyaki to the world.

In addition to its New York City restaurants, Glaze has locations in Chicago, IL, San Francisco, CA and Madison, WI.  Taryn Brandes and Jacqueline Klinger of The Shopping Center Group represented Glaze in the lease negotiations.

1385 Broadway is a 23-story, 500,000 s/f office tower that recently underwent major capital improvements. Among the upgrades completed are a new building entrance, redesigned lobby, new elevator cabs and mechanicals and the installation of energy efficient windows.

In addition to floor plates of up to 23,500 s/f,  the property also boasts 24/7 security and on-site management. In addition to the retail component, the property is home to Crunch Fitness as well as a number of prominent office tenants including Dattner Architects D.P.C., engineering firm GEI Consultants, Shortel Inc., and Bloomsbury Publishing.