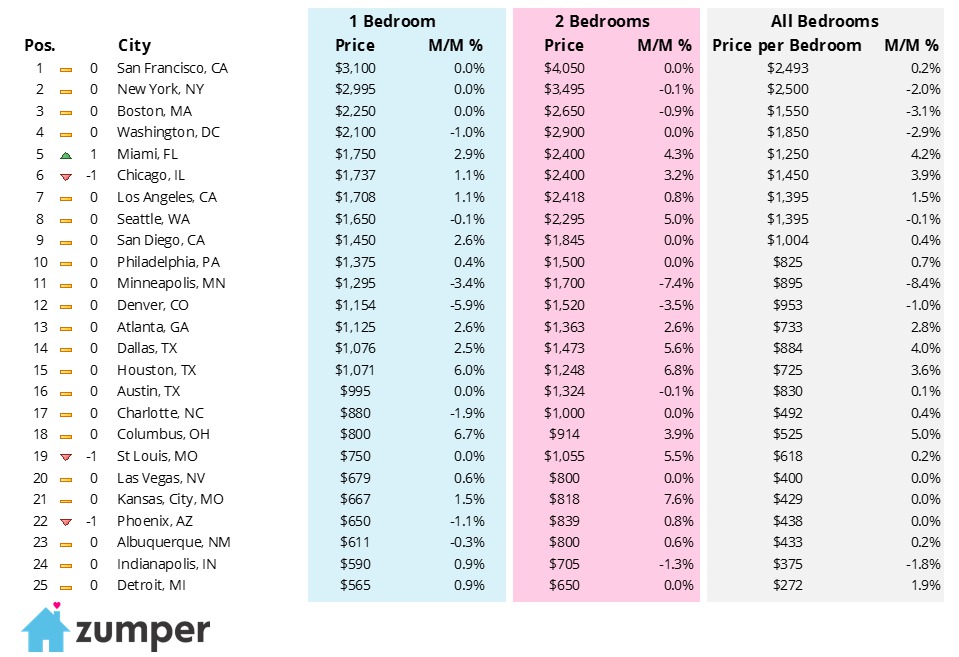 When it comes to rental pricing, the West Coast may indeed be the “Best Coast.”

San Francisco has eclipsed New York City in terms of having the highest median rent in the United States according to a recently released study by Zumper.  This is the first time that the City by the Bay has surpassed the Big Apple in this category. 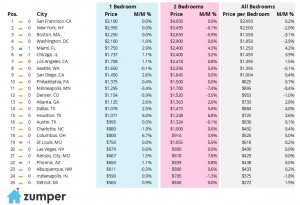 “For the first time we’re seeing San Francisco rents trump New York,” CEO of Zumper Anthemos Georgiades told Real Estate Weekly   “The very low vacancy rate in San Francisco, alongside the tech boom and the slow pace of new constructions coming to market, have all led to this spike.”

The study shows that a one bedroom notches a median pricing of $3,100 in San Francisco while two  bedroom calls for $4,050. New York one bedrooms average out at about $200 and $500 less respectively.

While New York may have taken a quick bow overall, several of its desirable neighborhoods continued to outpace its West Coast counterpoint.

“New York’s most exclusive neighborhoods, however, still rank as the most expensive in the US. That hasn’t yet changed but we’re watching it,” said Georgiades.

Two bedrooms reveal an even greater distance between the two, with Russian Hill’s median rent tallying about $1,900 lower than Tribeca’s.