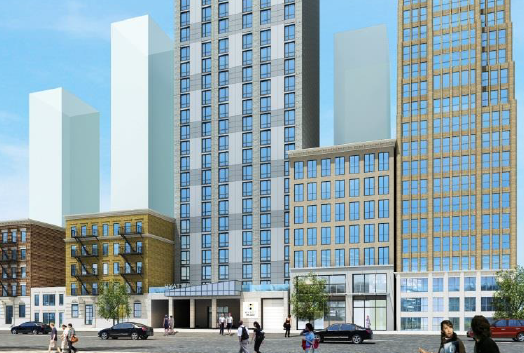 Eastern Consolidated’s Capital Advisory Division has arranged a debt and equity package totaling $121.35 million to finance the construction of a 45-story, 526-key hotel at 140 West 28th Street in Chelsea for the McSam Hotel Group led by Sam Chang.

The deal is the 10th hospitality financing package arranged by Eastern Consolidated in the last 24 months, and fourth on behalf of the McSam Hotel Group.

“Contrary to market trends, Eastern Consolidated has successfully placed $723 million in hospitality financing in the last 24 months, including $463 million on behalf of the McSam Hotel Group,” Hakim said.

“Sam Chang is a proven sponsor and one of the largest hotel developers in the New York City, having completed the construction of over 70 ground-up hotels. No doubt this new hotel in Chelsea will be just as successful.”

The hotel, which is being built on a vacant parking lot on West 28th Street between Sixth and Seventh Avenues, is expected to open in 2019.

The hotel site is half a block from the FIT campus and near transportation hubs, iconic buildings, and development projects, including Penn Station, Madison Square Garden, Hudson Yards, and the High Line.