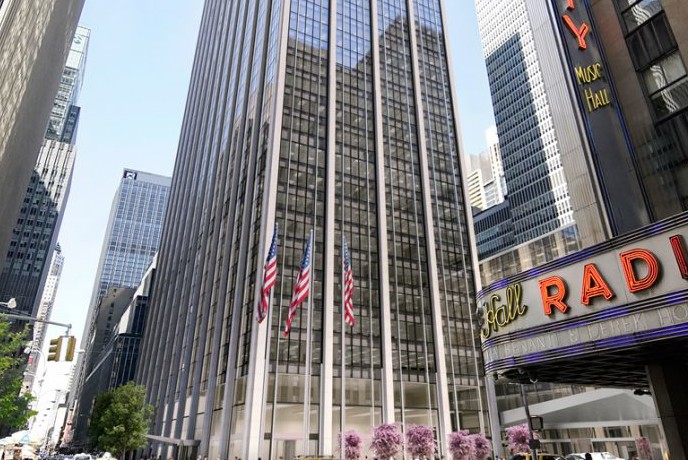 Rockefeller Group announced that leading global law firm Latham & Watkins LLP1 has leased 407,000 s/f at 1271 Avenue of the Americas, the 48-story skyscraper built in the modern expansion of Rockefeller Center to the west side of Sixth Avenue.

Latham & Watkins will occupy floors 25-34 in 1271 Avenue of the Americas, with anticipated move-in during the second half of 2020.  The firm plans to relocate its largest office in the firm from 885 Third Ave.  Latham & Watkins’ global platform spans 14 countries, including 11 U.S. offices. The firm’s internationally recognized practices advise clients across a wide spectrum of transactional, corporate, regulatory, and litigation areas.

1271 Avenue of the Americas (pictured top) is undergoing extensive renovations designed by the architectural firm Pei Cobb Freed & Partners.  The project commenced in 2016 and is scheduled to be completed by the end of 2019.   Major elements of the renovations include replacement of the building’s glass curtain wall, restoration of the building’s landmarked lobby, installation of new fan-coil units and interior HVAC fans, modernization of the elevators, and reimagining of the building entrances and plazas.

“We are pleased to welcome Latham & Watkins to 1271 Avenue of the Americas,” said Ed Guiltinan, Senior Vice President and Head of Leasing in New York for Rockefeller Group.  “Latham & Watkins is a pre-eminent and highly respected global law firm, and they are an outstanding addition to the building’s impressive tenant roster.  Rockefeller Group is thrilled that such a prestigious law firm recognized the benefits of being a tenant in 1271 Avenue of the Americas.”

“We have a strong and vibrant practice in New York, and with more than 450 lawyers, it is our largest office in the firm. 1271 Avenue of the Americas is a historic building,” said Michèle Penzer, New York Office Managing Partner of Latham & Watkins. “Many factors informed our decision to move to 1271, including its central midtown location, architectural significance, and top quality renovations, coupled with the opportunity to design a new office. We are excited about relocating to our new building and look forward to our next chapter in New York City.”

First completed in 1959, 1271 Avenue of the Americas was originally designed by Harrison & Abramovitz & Harris, the architects for all of Rockefeller Center, and built by George A. Fuller Company, which was known for its construction of many other prominent New York buildings including the U.N. headquarters, Lever House and the Seagram Building.  The 48-story building is within walking distance of Grand Central Station, Penn Station, the Port Authority Bus Terminal and more than a dozen subway lines.

The neighborhood’s amenities, within a five-block radius, include 10 parks, 10 museums, 65 hotels, 115 theaters and more than 400 restaurants and 2,000 retail stores.  In-building amenities include well-known and established restaurants including Capital Grille, Ted’s Montana Grill and Le Pain Quotidien, as well as direct access to the B, D, F and M subway lines and the shops at Rockefeller Center.