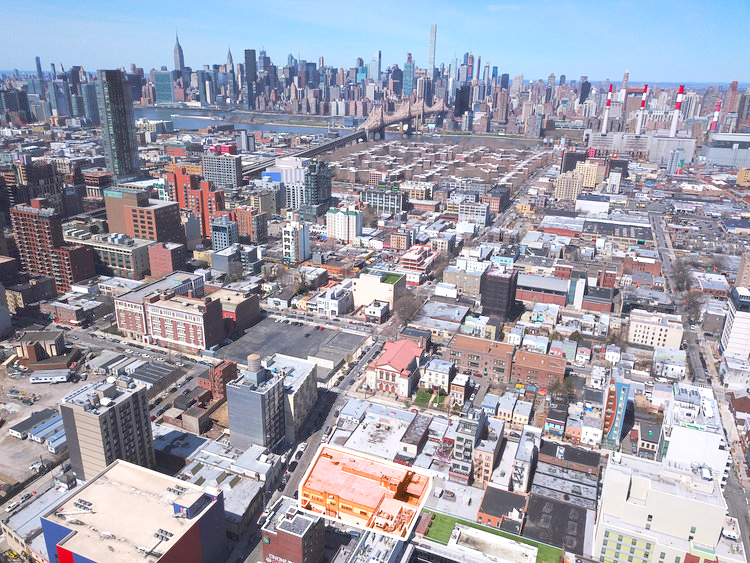 Modern Spaces Commercial & Investment Division has been retained to handle the sale or ground lease of 39-40 30th Street, a corner property on Queens Plaza in Long Island City.

The lot has a 14,167 s/f footprint, including more than 230 feet of corner frontage along 40th Avenue and 30th Street, and offers 70,835 buildable square feet for mixed-use or residential development.
Currently, there is a 20,000 s/f commercial structure on site.

Evan Daniel, Edward DiTomasso and Ashley Grebow are representing the seller, Ganesh Management.
The property is listed for sale at $19,500,000 or for long-term lease at $875,000 annually.

The property is part of the Brownfield Cleanup Program, a state incentive that encourages redevelopment of sites with environmental issues. It was given its Certificate of Completion in 2017, along with a package of tax credits worth $3,250,000.

Nat Rockett and Steven Dweck of the firm’s Manhattan office represented the buyer, the Shariati family, who were in a 1031 exchange from the sale of 85 Chambers Street in Manhattan. The family sold the eight-unit rental to the Laboz family’s United American Land for $15 million late last year after 18 years of ownership. 119-123 Kent Avenue has a total of 17 mostly renovated apartments, three ground-floor retail units and one office space. The sellers are Cheskie Weisz of CW Realty, Joyland Group and Meral Property Group.

“Our client was able to acquire a special asset in a market that is maturing into one of New York City’s great neighborhoods,” said Rockett.

A team of Besen brokers has sold a Concourse Village apartment building for the second time.
Amit Doshi, Greg Corbin, Lynda Blumberg and Miguel Jauregui brokered the sale of 1104 – 1112 Carroll Place in the Concourse Village section of the Bronx for $13.6 million.

“This marks our team’s third sale this quarter of a value-add multifamily property located within a mile of Yankee Stadium,” said Corbin.

“Having previously transacted 1110 Anderson Avenue and 1422 Nelson Avenue, also for sub 4.5 percent cap rates, we continue to see enormous strength in the Highbridge section of the Bronx.”

The building was sold to “an experienced operator with an already established portfolio in Brooklyn, Queens, Washington Heights and the Bronx,” according to the brokers.

The site offers a 3.2-acre footprint carrying up to 278,910 s/f of as-of-right commercial development rights.

M3-1 zoning district permits an array of commercial uses, including retail, office and light-manufacturing among others.

“Located on the East River waterfront near iconic North Williamsburg buildings like the Austin Nichols House, The Edge and the Domino Sugar development, the River Street Assemblage is a remarkable commercial development site offering incredible scale and opportunity in the center of one of the city’s most desirable neighborhoods,” said Maddigan.

The site is close to the East River Ferry, the L-train, and the proposed Brooklyn Queens Connector (BQX).

The Cappelli Organization has sold a Connecticut shopping center for $28 million.

“This deal had a lot of the things our client was looking for in its 1031 exchange, namely, great real estate, credit tenants, excellent demographics and an attractive financial package,” said Kandkhorov.“By assuming the existing favorable financing, negotiating an extension of the interest-only period, and obtaining a revised tenant guarantee, this center perfectly matched our client’s 1031 criteria.”