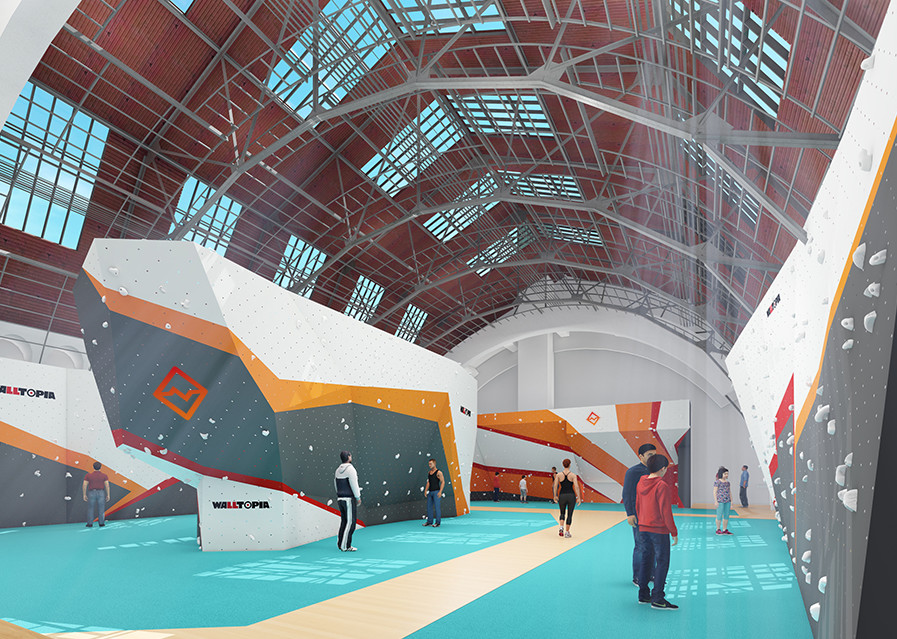 RKF arranged a 9,000 S/F lease with Berenik Boutique & Talenthouse N.Y., a first-of-its-kind curated retail and creative workspace concept store.
The location will open this month at 419 Broome Street, in the heart of SoHo’s fashion market.
RKF Executive Vice President Beth Rosen and Associate Emily Simmonds represented landlord Broad Broome LLC in the transaction. Berenik Boutique & Talenthouse N.Y. was represented by Storefront.
Located on the south block between Lafayette and Crosby Streets, 419 Broome Street is a cast iron building whose neighbors include Bloomingdale’s, Indochino, Madewell, Necessary Clothing, NikeLab21M, Supreme, The Reformation SOHO, and Topshop.
The space consists of 4,500 s/f on the ground floor and 4,500 s/f in the lower level, and features a 15-foot ceiling, a skylight and original scrollwork accented columns, as well as 35 feet of frontage on Broome Street.

Berenik Boutique & Talenthouse N.Y. provides small, independent specialty retailers with sections of its space, along with staff, furniture and point-of-sale systems.The Broome Street space will feature a creative workspace area and communal meeting space for readings, performances and screenings.
“SoHo continues to appeal to global and luxury retailers to open their first-to-market stores, and 419 Broome Street is getting a truly first-of-its-kind concept with built-in shop units and workspaces,” said Rosen.
“Berenik’s unique positioning reflects the trends at play in the fashion industry, with a focus on creating meaningful experiences for shoppers and providing retailers flexible options to showcase their brand.”

Dina Coulianidis of CBRE Group’s Long Island and Outer Boroughs operations arranged a 15,000 s/f lease for The Cliffs Climbing + Fitness, one of the premier rock climbing and fitness companies in the region, at 256-258 West 125th Street, Harlem.
Coulianidis represented the building ownership in the lease negotiations.

“Looking for a unique use for this site, the landlord and I agreed to seek out The Cliffs as a prime tenant for the building,” said Coulianidis. “We are thrilled we were able to attract such an exciting tenant for the property.”
The Cliffs at Harlem (pictured top) will be the largest indoor bouldering facility in New York City when completed by early 2018. The center features climbing walls designed by its in-house team in collaboration with Walltopia. The facility will have a state-of-the-art climbing training area that includes campus boards and an LED MoonBoard for customized training programs, as well as cardio and fitness equipment. The Cliffs’ other locations include Valhalla Westchester, DUMBO Brooklyn and Long Island City Queens.
“Entertainment, fitness and medical are currently the most active retail tenants in the market,” said Coulianidis, who is currently marketing aretail availability also at 256-258 West 125th Street, consisting of 29,000 s/f on the ground floor and lower level. A new façade will be in place by Fall 2017.

Eastern Consolidated’s Retail Leasing Team has arranged a 15-year lease at 206 Spring Street in SoHo for an upscale Korean barbeque restaurant operated by Julie Choi.
Choi’s family introduced authentic Korean cuisine to Manhattan in the 1970s at Woo Lae Oak and expanded the concept in 2005 to the highly rated Bann Restaurant now operating in Midtown West.
Choi, who is the third generation working in her family’s 70-year-old restaurant business, will be taking 7,500 s/f. The space, located between Sullivan Street and Sixth Avenue, consists of the ground floor, which includes the kitchen and a small dining room; second floor, which includes seating for 250 guests; and lower level, which includes space for kitchen support.

James Famularo, Senior Director and Principal, represented the landlord, while Ravi Idnani, Director, represented the tenant.
Idnani commented, “The Choi family name is synonymous with authentic Korean cuisine in an upscale setting. This restaurant will be run by Julie Choi, who has received training in the culinary arts and an education in international hospitality, and plans to build on her family’s excellent reputation in this downtown location.”
Choi’s grandmother opened the first Woo Lae Oak restaurant in Seoul, South Korea, in 1946 and brought the concept to the United States. Her mother, Young Sook Choi, later established multiple successful restaurants for Woo Lae Oak and Bann on both coasts.
Woo Lae Oak opened in Midtown in 1974, in Los Angeles’ Koreatown area in 1975, in Beverly Hills in 1993, and in SoHo in 1999. In addition to the Midtown West location, the family also operates a second Bann restaurant in Los Angeles in the original Woo Lae Oak restaurant space.

Heyday is a skin-care destination that specializes in making facials a routine step in everyday life.
This retail store will serve as an expansion for Heyday as their fourth location in Manhattan and is set to open in the fall of 2017.
The tenant will occupy 2,100 s/f of the ground floor space and 1,700 s/f of lower-level space in the building located just off of the Upper West Side’s most desirable shopping corridor.
“The location couldn’t be beat,” said Abramowitz. “Just steps off the priciest stretch of Columbus Avenue, 67 West 71st Street proved to be the ideal option for Heyday in this trade area and we expect them to do well here.”