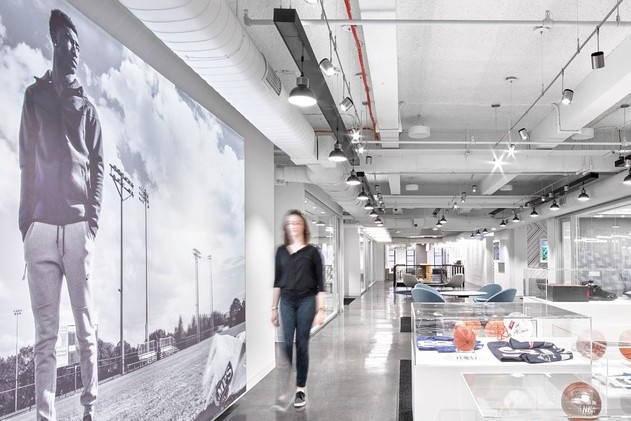 Feuerborn on leaders board in workplace space race

But how does an organization determine a final plan that results in a workspace that is both effective and efficient for a company and its employees?

It takes a dedicated team of designers, and a workplace strategist such as Jamie Feuerborn of Ted Moudis Associates. 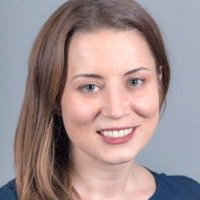 “Many companies today are switching to an open plan or activity-based working environment because they understand that knowledge workers today require a more thoughtful working experience than they did in the past,” said Feuerborn, IIDA, LEED AP, who was recently named Director of Workplace Strategy at Ted Moudis Associates after two years with the New York-based architectural and interior design firm.

“The biggest thing in office design today is giving our clients variety and choice, which enables individuals to create a working experience that matches their needs and expectations.”

Feuerborn started her career at Perkins+Will as an interior designer and workplace consultant after graduating from Kansas State University with a bachelor’s degree in interior design.

Workplace consulting was still a fairly new concept and Fererborn’s interest in the arena became the turning point during which she switched from pursuing a career in interior design to one in workplace strategy. Over the past ten years, workplace strategy has changed considerably.

“Initially, clients were driven by the cost savings from densification, and the more effective workplace was the perk. Now the efficiency is the given, and creating an effective workplace for the employee and the organization is the driver. Similarly, rather than being driven by an organization’s real estate team, which was most often the case in the past, now many projects are also being driven from the top down. The C-Suite is more educated about the impact the workplace has on their company’s productivity, recruitment, culture and bottom line,” said Feuerborn.

As Director of Workplace Strategy, Feuerborn helps pinpoint and execute new trends and develops reports on the latest workplace data. “One of my main roles is helping clients determine the right space they need to support the work they are doing.”

In the beginning of the design process, the Workplace Strategy team hosts visioning and discovery sessions with their clients, asking pointed questions to understand the organization’s business and their people; how they work, how they think, and what makes them unique.

By including space for imperative functions and allowing room for growth as the company’s mission evolves, the Workplace Strategy team helps its clients move into workable spaces that promote creativity and productivity.

Another aspect to the workplace team’s role is change management. This is mainly utilized when companies are preparing for a big move to a new space, and/or going from a closed office to an open plan or activity based workplace.

Change management consists of communicating the change to affected employees before, during, and after a move. Employees are not just entering a new space, but will also be experiencing a new way of working.

When designed and planned for effectively, a well-designed project coupled with strong change management services makes the perfect pair for transitioning into a new and productive office space.

Feuerborn has worked on a number of large-scale workplace projects, both at Ted Moudis Associates and at previous employers. Two notable projects include the development and implementation of the Master Plan for the United Nations and change management planning for Foot Locker (pictured top) as it transitioned into a new headquarters.

Feuerborn spends her free time with her husband and two-year old son, Arlo, exploring their new neighborhood in Sunnyside. She is also an active committee member of the New York City Chapter of CoreNet Global.

ON THE SCENE: Roundup of the week’s Under $10M sales and exclusives