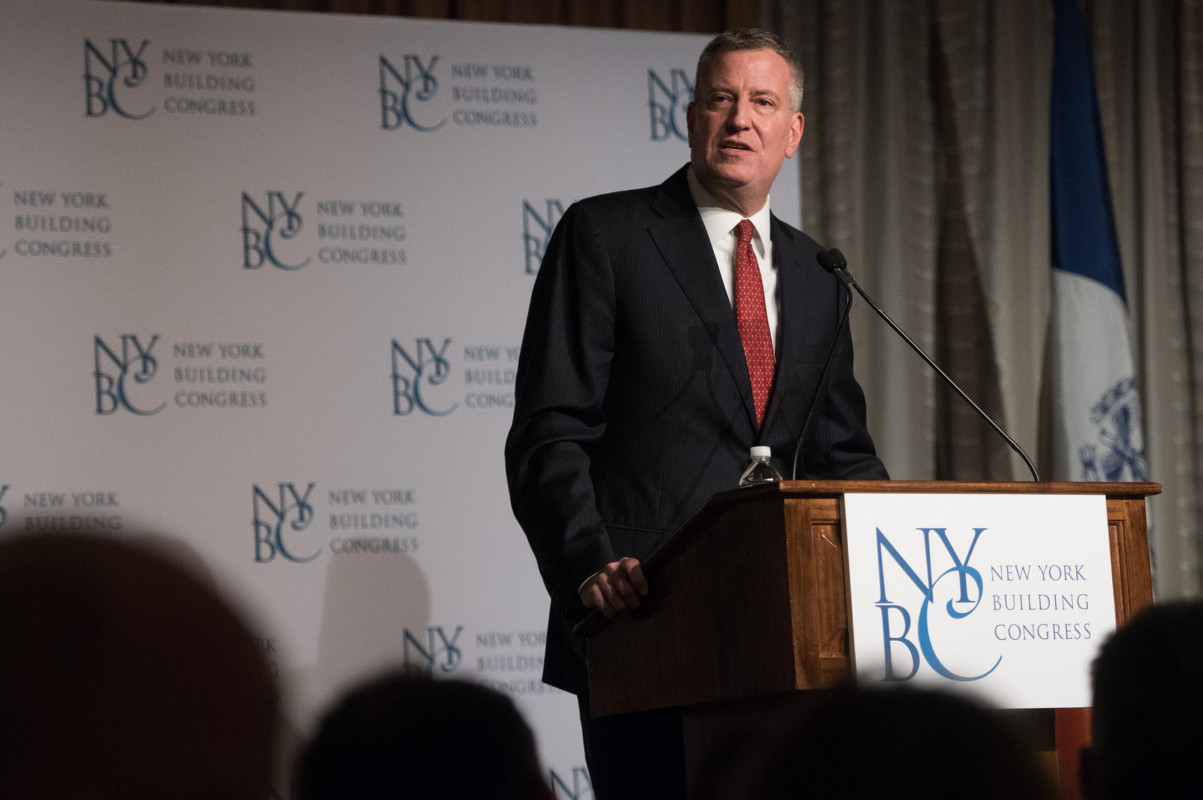 The cityʼs Building Congress has given Mayor Bill de Blasio a pat on the back for effort in trying to build more affordable housing.

“Shortly after taking office, Mayor de Blasio laid out an ambitious affordable housing agenda and promised to provide the resources necessary to get there,” said New York Building Congress president and CEO Carlo A. Scissura.  “Despite a number of obstacles, including the temporary expiration of the 421a tax incentive program and the resistance he has faced in enacting portions of his rezoning plan, he and his team have really risen to the challenge thus far.”

According to analysis by the Building Congress, despite a year-long lapse of an important New York State tax incentive program and community opposition to a number of the City’s affordable housing initiatives, New York City is roughly on pace to meet de Blasio’s ten-year target for the construction of new affordable units throughout the five boroughs.

The Housing New York Plan calls for the creation or preservation of 200,000 units of affordable housing over a ten-year period, with 40 percent of that total being new construction.  Of the 77,651 affordable units financed to date, 33 percent are comprised of new construction starts while the remaining two-thirds represent existing units where the City has preserved and/or extended their affordability.

Affordable housing accounted for 21 percent of all units authorized for construction across the five boroughs from January 2014 through March of this year.

According to the Mayor’s office, 7,705 new apartments and 16,588 preserved homes were financed in Fiscal Year 2017 (July 1, 2016 – June 30, 2017) alone thanks to a direct investment of $1 billion by the City of New York, which in turn leveraged more than $1.3 billion in Housing Development Corporation Bonds. That brought total direct City investment under the Housing New York Plan to $2.8 billion and total bond financing to $5.5 billion.

Scissura said, “Despite these successes, the lack of an adequate supply of housing that is affordable to New Yorkers remains one of the city’s most pressing issues. It is incumbent upon all members of the design, construction and real estate industry to continue working with the Mayor’s office to keep construction going by making a forceful case for the Mayor’s neighborhood strategic rezoning initiatives and individual residential projects that promise to deliver significant numbers of new affordable housing.”