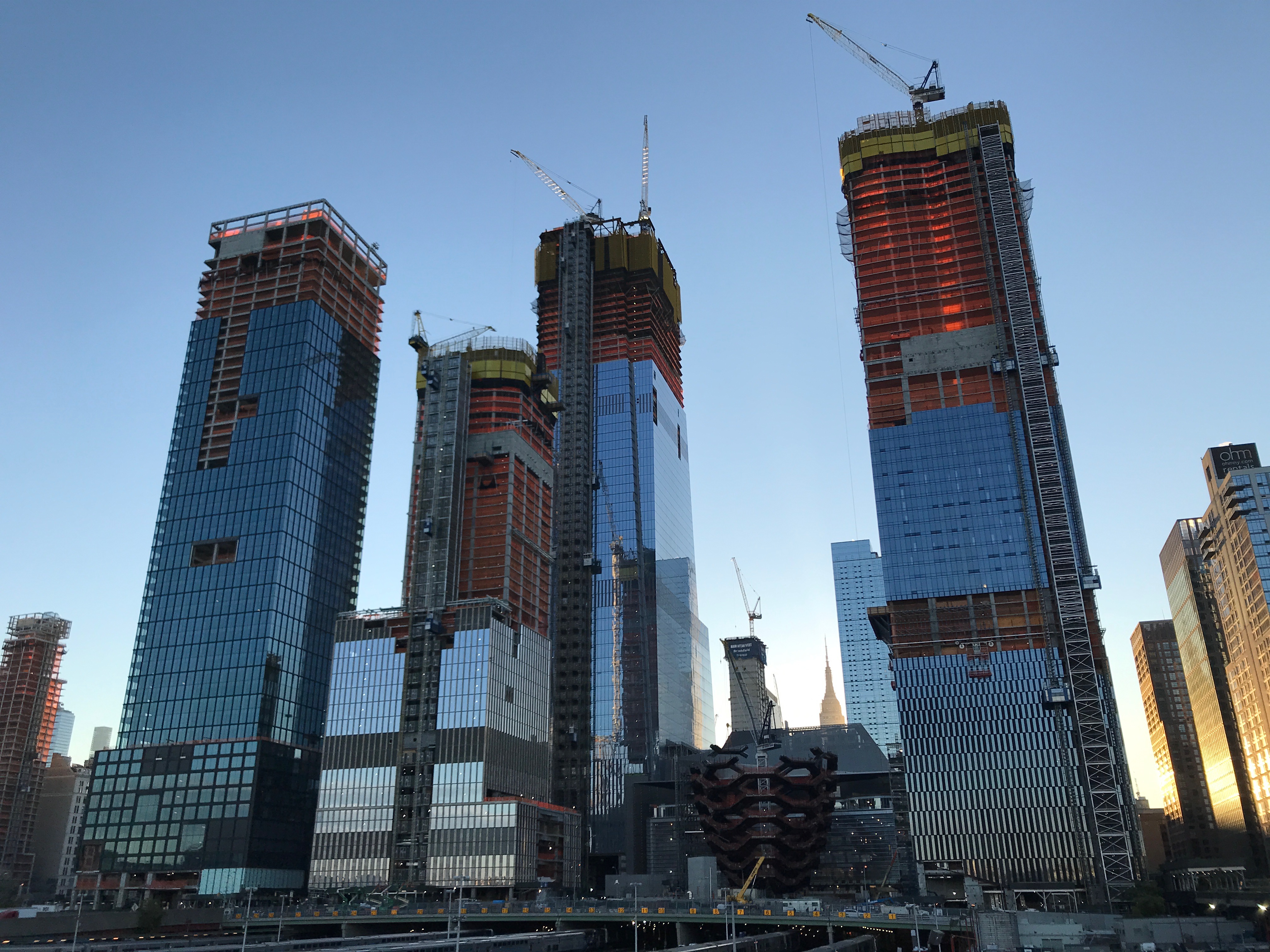 Union workers at the giant Hudson Yards development have hit back at a blockbuster lawsuit that accuses them of overpaying tradesmen, flouting safety regulations and making up their own site rules.

Related Cos. even alleges that one union rep. got his brother a job as a coffee boy on the site pocketing nearly $8,000 a month.

But the lawsuit is “retaliation,” according to the Building & Construction Trades Council, which claims Related is attempting to quash union efforts to win fair pay and benefits for their members.

“This lawsuit is clearly retaliation for a movement that has built up in this city called #CountMeIn, where rank and file members oppose open-shop and non-union construction because it undermines their wages and benefits, which Hudson Yards LLC and Related have acknowledged is their business model for their upcoming projects,” a BCTC spokesperson said.

“We are confident that any Court looking at this matter will see it for what it is – an effort to suppress this movement and an attempt to suppress the free speech of hardworking New Yorkers.”

On Monday, Related filed the legal action as Hudson Yards Construction against the BCTC charging the union and its affiliates systematically ignored and violated a Project Labor Agreement and cost the company $100 million in additional wages, benefits and insurance costs.

Charges included workers turning up late and leaving early, failure to wear safety gear such as eye goggles, helmets and safety harnesses, and even creating “a culture that encourages workers to ‘do what they want.’”

In one case, the lawsuit claims that the New York Concrete Workers District Council designated two full-time employees as “coffee boys” whose only duty was to deliver coffee and snacks. Most union workers assign their novice-level tradesmen to coffee runs to ensure no disruptions to work flow, but the concrete workers decided to give these positions to “highly-compensated journeyman tradesmen” who earned $42.48 an hour and caused a $27.39 per hour benefit contributions, according to the lawsuit.

One of the coffee boys was identified as the 55-year-old brother of “a high-ranking union official.”

Related confronted the BCTC and the concrete workers union about the “coffee boy scheme,” but no explanation was given and no action was taken, the suit said.

As a result of the PLA breaches, Related said it ceased to seek other labor agreements with BCTC and its unions for the remaining portions of Hudson Yards — a move that promoted the BCTC and its president Gary LaBarbera to launch “a smear campaign” that bullied Related and attempted to interfere with its ability to enter into negotiations with other trade unions for smaller site-specific labor agreements, the suit said.

The lawsuit said the campaign included weekly protests and picketing near the Hudson Yards Project, distributing fliers that depicted the building as a “broken shop,” and encouraged union members to harass non-union and union members worker on-site.

Related and Hudson Yards Construction is seeking $75 million in damages.

Michael De Chiara, an attorney who has worked on a number of high-profile construction law disputes, said construction unions offer the best labor there is, but there are times when archaic rules can get in the way.

When asked about the Related and BCTC lawsuit, De Chiara said the bigger picture was unions competing against non-union labor.

“This has to be understood against the general backdrop of unions needing to make themselves more competitive with nonunion labor,” De Chiara said. “One way to do that for sure that has to be pursued by unions is they have to cut out archaic no-show and light work positions that have developed historically over time for both legitimate and not so legitimate reasons.”

During a labor panel last fall, De Chiara indicated that many of the city’s developers and construction firms have said they are prepared to move away from unions in the near future if they can’t bring their operating costs down. “If things continue as they’re going, we won’t have unions in New York in 10 years.”