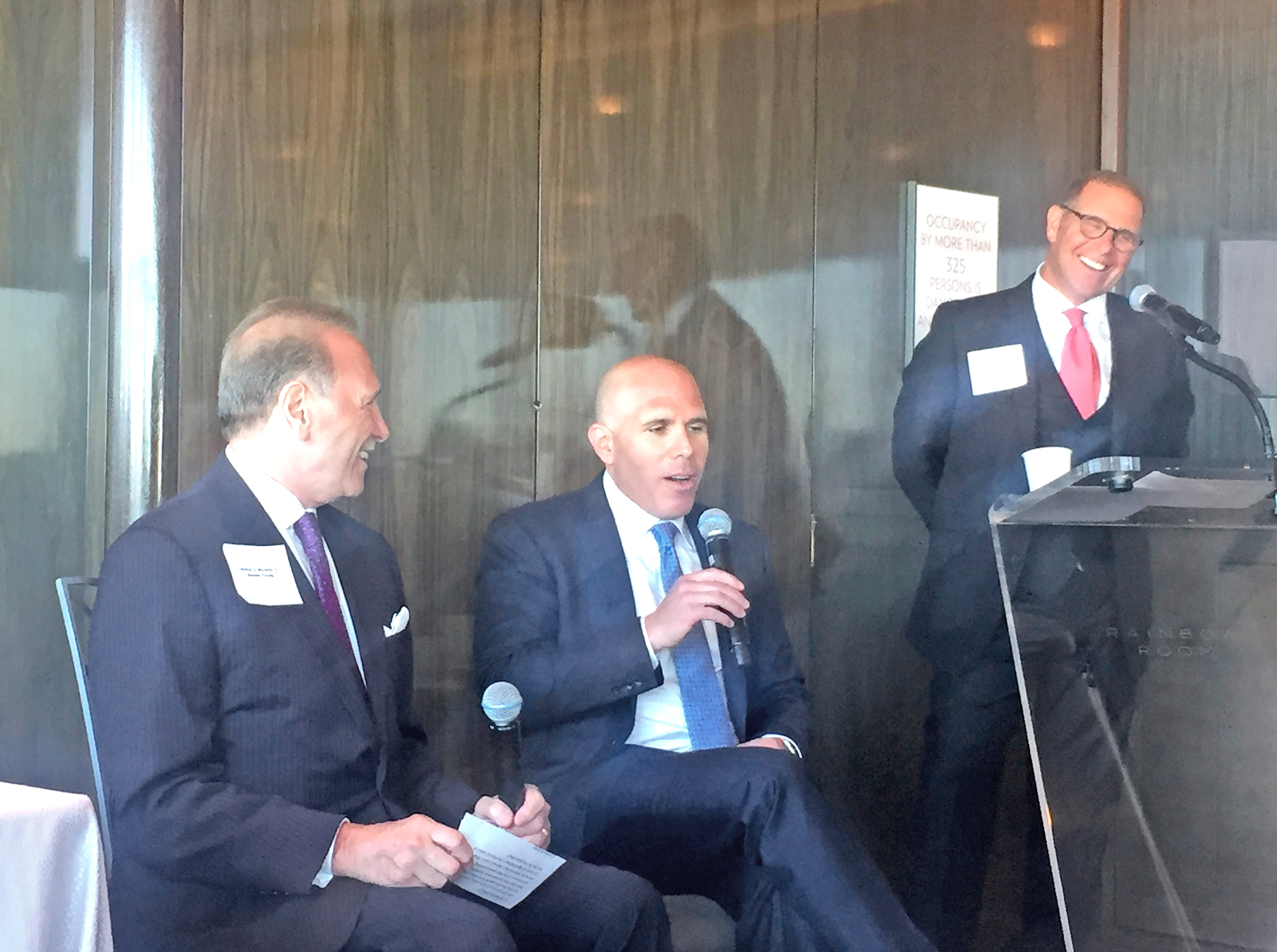 The chairman and CEO of RXR Realty and former Port Authority vice chairman spoke at an Avison Young market report presentation Tuesday in Midtown, where he spelled out where tenants are looking in the market and why fixing public transit is a top priority.

“In this idea-based economy, the most important ingredient for success is talent, and New York City is a magnet for talent,” said Rechler. He pointed to the City’s population, employment and tourist data which have all hit “record highs.”

Rechler, whose firm RXR Realty is involved in numerous development projects in the outer areas of the greater New York City area, like Yonkers and New Rochelle, said the key to keeping the economy booming in NYC is recognizing and engaging with areas outside of Manhattan.

“To me the regional approach is not a hedge, but a recognition that for New York to continue to be successful, we need to broaden the lens beyond just Manhattan and think regionally, because our issue is not demand, it’s supply and capacity,” said Rechler.

“It’s affordable housing, it’s having 21st century workspace, it’s having capacity on our streets and public transportation to be able to support the amount of people coming to live and work in New York.”

While commercial firms meticulously track submarkets in Manhattan when looking at the overall real estate picture, Rechler said in today’s market, submarkets are almost irrelevant to tenants looking for space. “One of the things that’s really unique to the current environment right now, is that we’re almost at a building by building type of competitive analysis, versus submarket by submarket,” said Rechler.

He sees tenants focusing less on which neighborhood they’d rather have their offices and instead looking at specific buildings that have the kinds of amenities and workspace design that attracts the workforce they want. In the 1Q of 2018, more than 80 percent of leases that were signed in Manhattan were done in 20 percent of the inventory, Rechler said.

“This economy is about talent, there’s a war for talent,” said Rechler. “Every company’s number one priority is ‘how do I maintain a workplace that can obtain the best talent?’”

“You think about how people work now — they don’t work 9 to 5, they work 5 to 9. So there’s a gap between what was the workplace and what was happening at home and what’s happening at work. You need to sort of fill that gap.”

And that gap means the kinds of amenities where employees don’t have to leave the building. For example, once completed, The Rudin Companies’ Dock 72 building at the Brooklyn Navy Yards will have a fitness center, multiple outdoor terraces, a cafeteria, and a juice bar/cafe in the lobby.

However, the talent magnet that NYC is, the state of public transit in the City is a serious factor the workforce that depends on it. Rechler said the failures of public transportation systems has led to a “tipping point” in the City’s quality of life, but is optimistic about the new MTA president Andy Byford, who was recently tapped to help turn around the subway system.

“If we don’t get our arms around this issue of public transportation, which has really been the lifeline of our City…it could start unwinding and people will say ‘well I don’t really want to be here,’” said Rechler.

5G forecast forces owners to prepare for next gen wireless