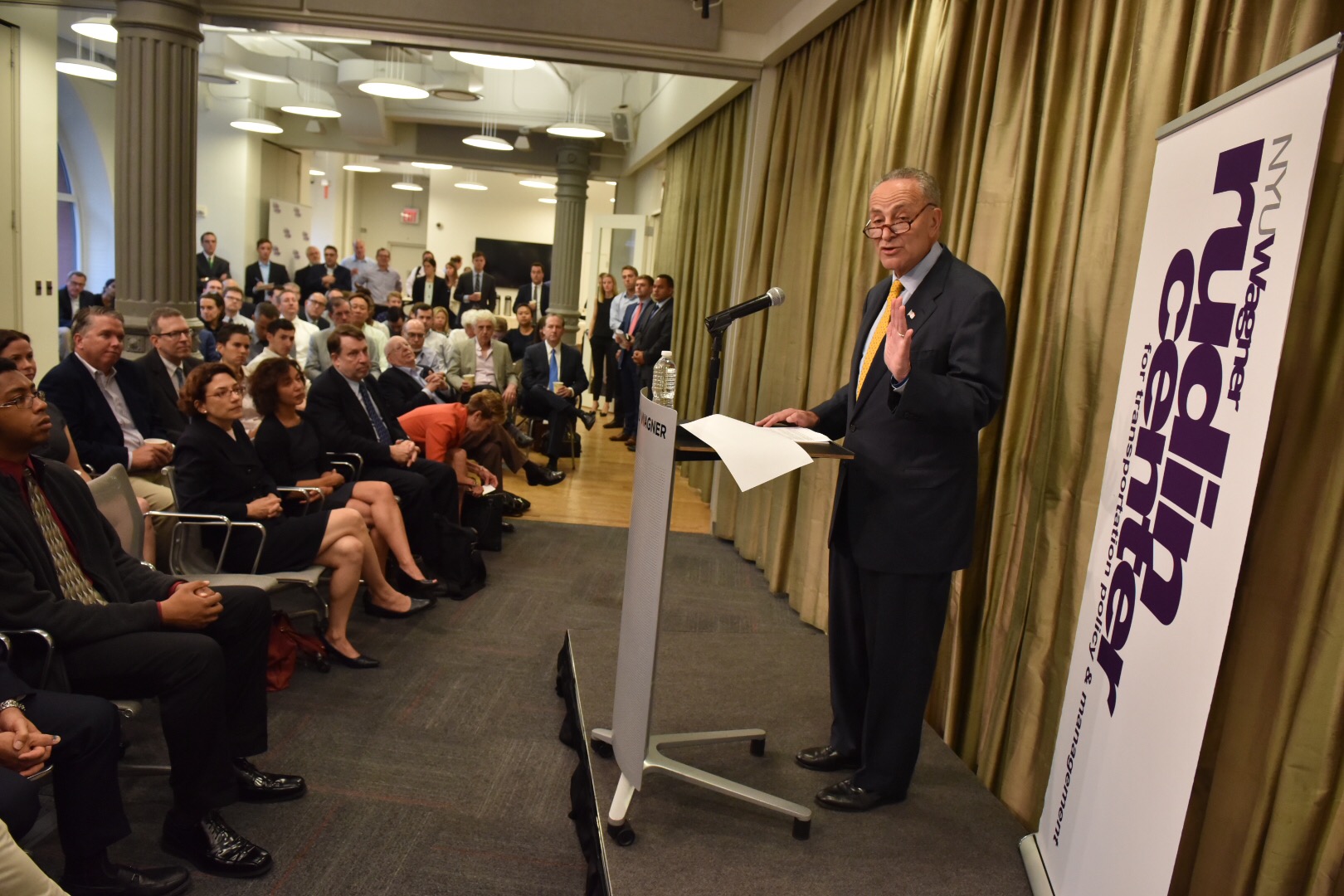 REBNY to Honor Chuck Schumer for Excellence in Public Service

On January 18, 2018, at REBNY’s 122 nd Annual Banquet at the New York Hilton Midtown, we will honor United States Senator Chuck Schumer with the prestigious John E. Zuccotti Public Service Award. There is no public official more deserving than Senator Schumer of this award in honor of our former Chairman’s tremendous contributions to improving the well-being of New York City.

This award is named for the late former REBNY Chairman John Zuccotti, an extraordinary industry leader who served in key roles in both federal and local government. Zuccotti was a central player in helping New York recover from the brink of financial collapse in the 1970s and from the 9/11 terrorist attacks. John loved New York City and understood that, more than any other sector; the real estate industry is intrinsically connected to the success of our city.

Senator Schumer shares John Zuccotti’s understanding that the success of our endeavors means the success of our exceptional city. Throughout four terms in the U.S. Senate Chuck has demonstrated unwavering leadership and commitment to urban improvement.

It is not an overstatement to say that today’s New York City skyline looks the way that it does thanks in part to Senator Schumer. Consider Schumer’s “Group of 35” report of 2001. After convening leading academics, businesses, and labor leaders to discuss the study of office needs, the group urged the city to employ zoning, taxing, and condemnation powers to speed office construction. A key component of this recommendation urged city officials to focus on the West Side, which had been ignored for too long.

The recommendations successfully resulted in a construction boom on the Far West Side that is still going strong. Aside from the new office space, hotels, residential buildings, and retail centers, the 7 train was extended to Hudson Yards. A new neighborhood is taking shape as the unlikely transformation of the High Line from an abandoned stretch of rail freight tracks to one of the city’s top tourist destinations continues to fuel new growth. This progress has been a boon to all New Yorkers in the form of jobs created, generating tax revenue to fund vital city services.

The report also called for the diversification of business centers to Brooklyn and Long Island City in Queens – and we have witnessed amazing and positive transformations of those areas in ways that has created jobs, generated revenue for the city and made our city better able to handle disasters like 9-11 and Sandy – and to bounce back with speed and vigor.

More recently, Senator Schumer showed that he understands the significant challenges and shortcomings in America’s infrastructure, particularly on the East Coast. That is why he unveiled
a $1 trillion infrastructure plan this January that would repair roads and bridges; replace and expand rail and bus systems; modernize water and sewer systems; modernize the energy grid; and enhance our ports, airports and waterways.

And no one has been more a stalwart champion of building the vital Gateway Tunnel than Senator Schumer.

Forward-thinking proposals like these are an example of the leadership New York, and the country, needs right now. REBNY strongly supports this plan and believes it addresses critical shortcomings that will only continue to get worse in the years ahead if unaddressed.

From the extension of the Terrorism Risk Insurance Act to his advocacy for the Gateway project, there is not enough space here to list all the critical fights Chuck was waged on behalf of New York City.

Chuck has shown, year in and year out, time and time again, that he is willing to work with leaders on both sides of the political aisle to advocate for the issues that affect the lives of New Yorkers.

New Yorkers of all stripes ought to be thankful for that, and join REBNY in extending this honor
to Senator Chuck Schumer.

Email OwnersandManagers@rebny.com to submit a nomination by the deadline, and/or for information on event sponsorship opportunities.

Scott Rechler will headline our Annual Commercial Holiday Luncheon on Monday, December 4th, from 12 to 2 p.m. at the New York Athletic Club. As Chief Executive Officer and Chairman, he has led RXR Realty LLC to become one of the largest owners, managers, and developers in the New York Tri-State area. Earlier this year, Governor Andrew Cuomo appointed Rechler to serve on the Metropolitan Transportation Authority board. He is highly respected for his ability to solve problems and seize opportunities to breathe new life into buildings and businesses. Join us next month as Rechler discusses ideas for keeping New York City economically competitive in the 21st Century. Register online. For more information about this event, including available sponsorship opportunities, email commercialbrokerage@rebny.com.