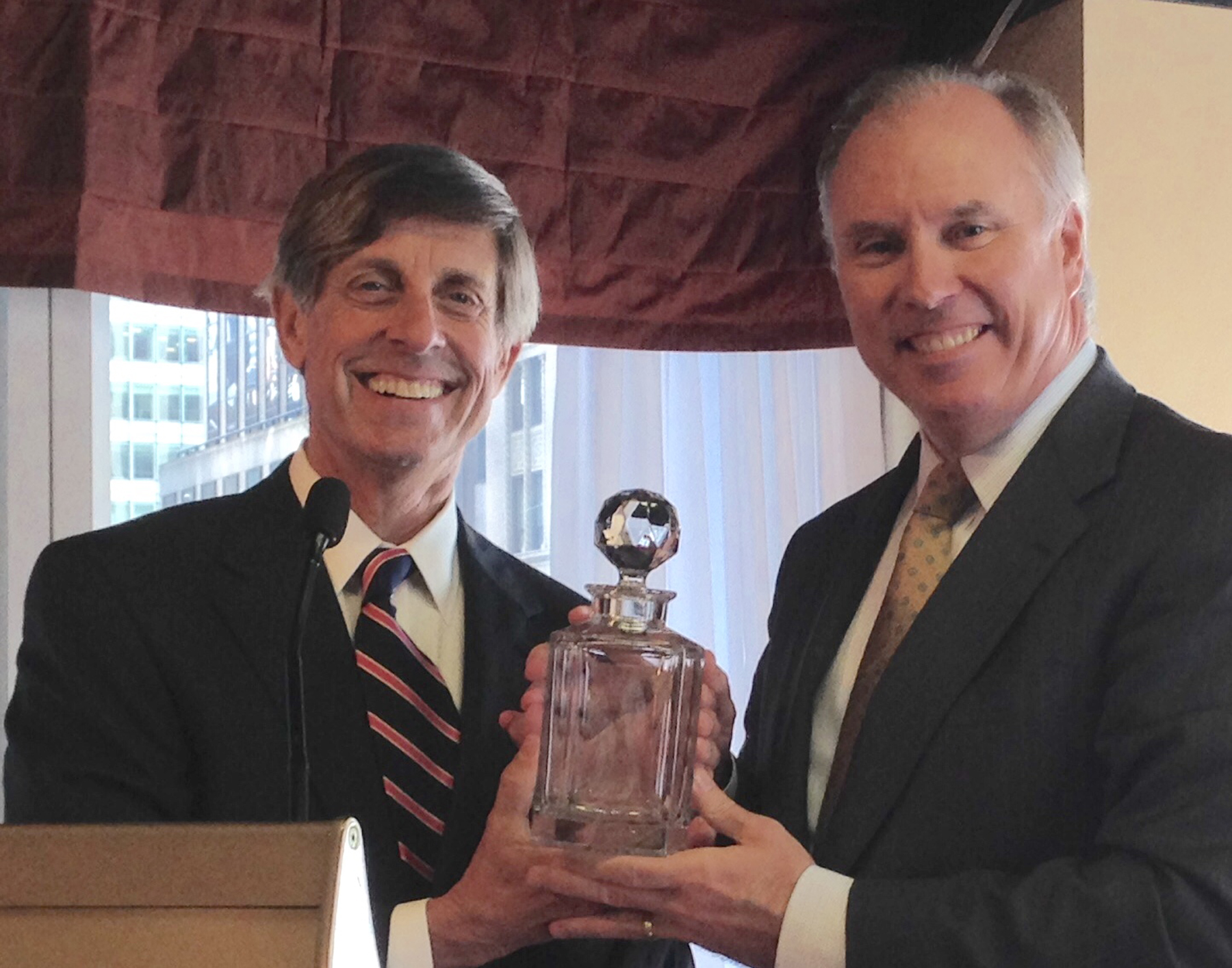 The award is given annually to the leader of an engineering/consulting firm that, in EFCG’s judgment, deserves recognition for effectiveness over a number of years in preservation and creation of value for his or her firm.

Pierson was presented with the award during the 25th annual EFCG CEO Conference for Engineering and Consulting Firms in New York City, which brought together 250 leaders of international engineering/consulting firms to discuss trends and issues in the industry.

Pierson was cited for his achievements during his five-year tenure at Parsons Brinckerhoff, “during which time the company significantly increased its revenues and profitability,” according to Paul Zofnass, founder and President of EFCG.

Pierson, an engineer and lawyer, joined Parsons Brinckerhoff, a global engineering and construction firm, in 2006 as General Counsel and Secretary.

He was named Chief Operating Officer of the firm’s US operating company in January 2008, and president and CEO of the global organization in January 2010. As CEO he oversees 14,000 professionals in 150 offices on five continents.

Pierson led the company following its acquisition by Balfour Beatty in October 2009 and guided Balfour Beatty’s anticipated sale of Parsons Brinckerhoff to WSP Global Inc., which is expected to close in the fourth quarter of 2014.

“George increased his firm’s value by a significant multiple, as reflected in the proposed sale to WSP,” Zofnass said. “He is also a skilled crisis and turnaround leader and knows how to deliver results under pressure.”

“It is a great honor to be recognized by an organization that is so well respected by my peers in the engineering/consulting industry,” said Pierson. “I’m proud to join the ranks of CEOs of some of the leading companies in our industry who have received this award.”