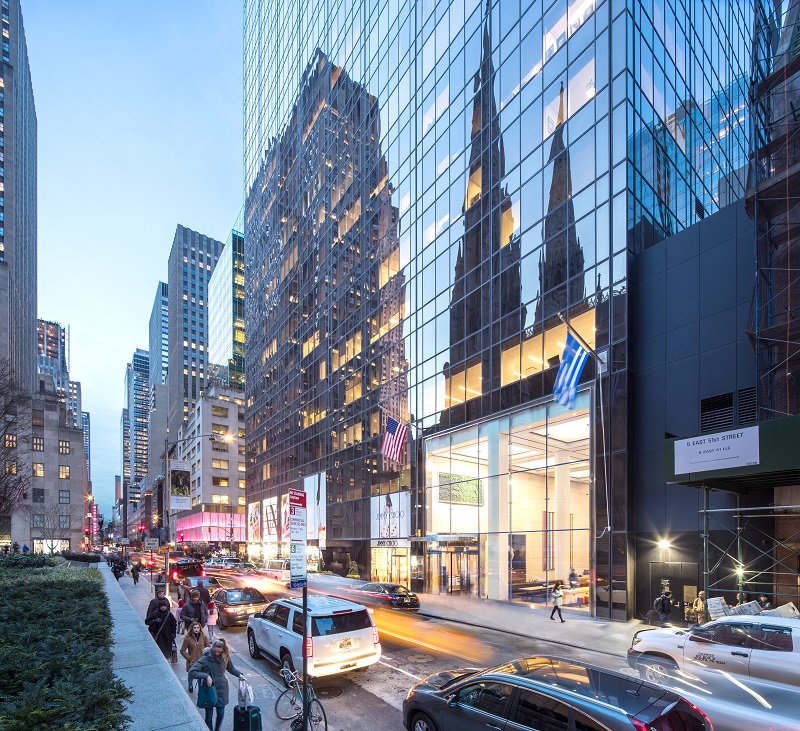 Located at 645 Fifth Avenue, Olympic Tower is an office and retail destination. In addition to the renovated public space, the redevelopment brings a modern private lobby and new amenities for the building’s customers.

The fully-occupied tower is home to the headquarters offices of the National Basketball Association as well as MSD Capital and Richemont North America.
Originally constructed in 1974 by Skidmore, Owings and Merrill (SOM), Olympic Tower was the first mixed-use building to open on Fifth Avenue.

“Olympic Tower is one of Fifth Avenue’s most iconic buildings. Oxford immediately recognized its hidden potential, and has been dedicated to improving the customer experience, culture, and community since acquiring the building in 2015,” said Kevin Egan, Head of New York at Oxford Properties.

“This latest investment enabled us to fulfill our vision of Olympic Tower as a premier Midtown office destination. Moreover, it helps us deliver on our company’s overall goal to create exceptional experiences for each of the 2 million people that work, live or shop in one of our buildings each and every day.”