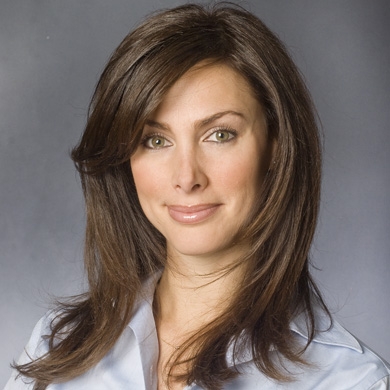 Ornstein has finger on pulse as Transwestern expands platform

As the leader of Transwestern’s New York office and a mom to three daughters under ten, Lindsay Ornstein’s life is a practice in balance and efficiency, skills she’s honed throughout her career in real estate.

The New York native, born and raised on Long Island, has been at Transwestern for more than five years. As well as being a partner at the national firm, she oversees tenant advisory services and agency leasing strategy. She also leads the nonprofit and education practice groups for the Northeast Region.
Most recently, she worked on deals for online publication Mic.com, which took 36,000 s/f, the entire 82nd floor, at 1WTC, and the Robin Hood Foundation’s renewal at 826 Broadway in the Union Square neighborhood.

“We’re very active with tech tenants,” she told Real Estate Weekly. “They’re looking at Midtown South, Hudson Square and Downtown. Some are exploring Brooklyn, we haven’t had a lot of people commit, but they like the idea of it, and it’s becoming more and more viable for tech tenants.”

While Midtown isn’t getting the same draw it used to from traditional tenants, the old New York Times building at 229 West 43rd Street has become a “modern day tech hub,” with 100 percent tech tenants, said Ornstein, who has brought tenants such as advertising program purveyor, PubMatic, to the building.

“New York City continues to benefit from a booming tech economy, and 229W43 has become a hub for media and technology companies,” said Ornstein.

She sees the current state of the office leasing market in NYC as “bifurcated.”

“I think downtown is still attractive and one of the more desirable markets in the city right now with the opening of the Calatrava transportation hub and retail finally coming to life, and there’s a variety of new availabilities in product new and old, so there’s a lot of options for tenants,” she said. “Midtown is still where everyone wants to be and can’t get – there’s no notable availability and it’s extremely expensive.”

Transwestern, which moved into a new headquarters two years ago at 600 Lexington Avenue with 8,607 s/f, is currently expanding and hiring new blood, including 15 new hires last year.

“We are on a big growth spurt,” said Ornstein. “I love building the culture that has defined us. Having the integrity and breadth of a great brand like Transwestern behind us, and being able to build the culture in the local flavor has been a fantastic, rewarding, and exciting experience.”

Before she came to lead the company’s New York office, Ornstein worked in marketing, a career she sought while still in college at the University of Pennsylvania.

She set out to get into advertising, branding, and communications marketing and management. But after an internship at an advertising firm, she realized it wasn’t the right fit.

“I’m too entrepreneurial for that industry track,” she said.

Instead, after graduating, she started out in marketing, running her own alternative ad company. Shortly after, 9/11 happened, and “everything kind of shifted.”

Ornstein realized it was time for a change again, and thought about what field she could apply her marketing skills to. She focused in on real estate, an industry she had always loved.

She began her real estate career at the Staubach Company, where she built and ran the company’s marketing department for five years. It was there that the company recognized she would be a great broker, and after some convincing, she shifted gears and became a broker. “There was a great push at Staubach about recognizing potentially great brokers,” said Ornstein. “They selected me and I thought about strength and capabilities and found I had more potential as a broker than in marketing. It turns out that having a marketing base is the perfect platform, because I had such a good understanding about so many aspects of business and how people went after business.”

When the Staubach Company was acquired by Jones Lang LaSalle in 2008, Ornstein left and co-founded her own boutique tenant rep, consultancy and advisory firm, and later joined Centric Real Estate Advisors.

The company was primarily former Staubach partners, and worked with a lot of private equity, hedge funds, as well as nonprofits.

After four years, Transwestern approached the firm to open up a northeast region branch of the company for them. Ornstein agreed, and they took on the task of opening up branches in Philadelphia, Boston, New York, New Jersey, and Connecticut. The company then acquired Richards Barry Joyce & Partners, LLC (RBJ) in 2013, and integrated the whole region.

“It was herculean undertaking of a huge geographic sector,” said Ornstein. “We really had a lot to accomplish, and we made a very simple business plan, which was a people plan; hire the best, brightest people that fit in our culture and build on their strengths.”

After the RBJ acquisition, the company also shifted the compensation model to a salary bonus model, where transaction commissions are pooled and bonuses are given twice a year. “We are truly a collaborative team and environment, and do what’s best for the client,” she said.

With the recent growth the company is experiencing, the company’s efforts are focused on consulting practice, but Ornstein is looking to build the capital markets practice as the next frontier.

As the leader of the office, one of the perks Ornstein — a speaker at Real Estate Weeklyʼs recent Womenʼs Forum — enjoys is making sure women get a seat at the table. “Forty percent of our team is female, which is not the norm,” she said. “Our new hires are probably 35 percent women — that’s certainly far better than industry average, and that happens organically. I’m a woman in a leadership position and that tends to attract women, and I get referred more women by friends in the industry.
It’s been great and we have a nice mix of diversity in the office.”

She credits mentors like her colleague Patrick Robinson as being crucial to her real estate career.
“I was very fortunate from a young age, the men I worked with were the best mentors I could have had,” she said. “They always had my best interests at heart; gender was never even a topic. It was just supporting your best efforts as a person, not as a woman or as a man.”