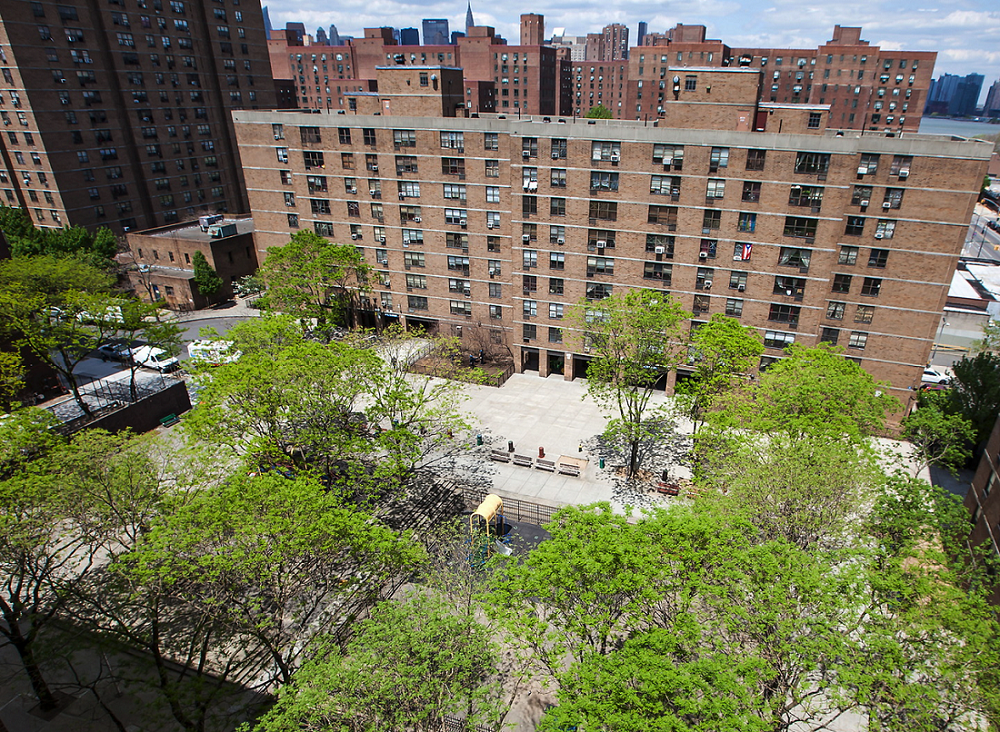 Recently, there has been a great deal of attention paid to the deterioration of New York City’s public housing stock and the plight of families living in New York City Housing Authority (NYCHA) developments.

We’ve seen a vigorous debate over how we got here, who is responsible, and who should control NYCHA going forward.
While headlines surrounding NYCHA have been overwhelmingly negative, there is good news that illustrates the promise of better quality of life for NYCHA tenants.

Last week, the Citizens Housing & Planning Council (CHPC), a nonprofit civic research organization, released an interim report from a study on an innovative pilot program that began in December 2014.

The pilot shifted management of six Section 8 properties located in the Bronx, Brooklyn, and Manhattan, to Triborough Preservation Partners, a joint venture between NYCHA, L+M Development Partners and BFC Partners.

The transaction made available $80 million in new capital funds for renovations at buildings containing 874 units and introduced new property management. This money went towards new boilers and elevators; making buildings and units more energy efficient; improving landscaping and common areas; new kitchens and bathrooms inside the apartments, and providing security upgrades. Importantly, no residents were displaced as these renovations occurred.

We evaluated the impact of the changes at these sites before and during construction, comparing them with a control group of six NYCHA developments of similar size and characteristics.

The word “privatization” is a grenade that gets thrown a lot in discussions of NYCHA and does not appear in our study. As a research organization, we will leave it to others to characterize this pilot program. But here are the facts: NYCHA retains 50 percent ownership. The rental assistance is paid for by a Section 8 contract funded by the federal government. The renovations, approximately, $90,000 per unit, were funded primarily using Low Income Housing Tax Credits and Tax-Exempt Bonds from the New York City Housing Development Corporation. Both NYCHA and HDC retain the right to approve or deny any proposed sale of the property.

A private property management company (C+C management) is now responsible for day to day operations at the site. As a result of the renovations, the new management company is currently responding to one-fifth as many repair requests.
Electricity usage has gone down, and rent collection has improved. At the same time, turnover rose and re-rental time took longer.

Not only did we see obvious, physical improvements in conditions at building sites, we saw how the improvements impacted the day-to-day lives of tenants — in their comfort, sense of safety, and how they felt about their homes and surroundings.

Tenants, many of whom felt trepidation about this approach, have seen results and can see that their fears did not come to fruition.

And, interestingly, residents in the pilot group were almost 30 percentage points more likely to recommend their building to a friend or family member.

Our findings were only the first, encouraging step; we plan to continue to collect and review more data during the post-construction period.

NYCHA faces a number of daunting challenges that would be impossible for the agency to tackle alone.
Tough times call for innovative thinking, and the City should be commended for creating a structure that brings in new partners and new resources which ensure affordability and a set of incentives that has significantly improved the quality of life for residents.

We applaud the city for employing public-private partnerships, and moving ahead with projects under the RAD, which allows the authority to access long-term financing for capital improvements.

There is still much work to be done to improve New York City’s public housing stock, but leveraging RAD at more developments is a good first step that will provide NYCHA with much needed capital to fund renovations that will improve the lives of thousands of tenants.

Jessica Katz is the Executive Director of the Citizens Housing & Planning Council.