Ariel Property Advisors has been retained on an exclusive basis to sell a three story, 7,950 s/f commercial building at 10-09 49th Avenue in the Hunter’s Point neighborhood of Long Island City (LIC). The asking price is $4.4 million. Daniel Wechsler, Michael A. Tortorici, Victor Sozio and Shimon Shkury are bringing the property to the market, representing the owner, a private investor. Scarano Architects, the architect responsible for this property, was awarded the NY Council Society of American Registered Architects (SARA) Merit Award in 2001 and the American Institute of Architects (AIA) Brooklyn Award of Excellence in 2003 for the design of 10-49 49th Avenue. The building, which has office space on the property’s second and third floors and a ground level parking lot, is currently triple net leased to a single tenant. The lease is set to expire in January 2016.

•••
Besen & Associates has been retained to sell three new construction buildings in Brooklyn with 17 apartments at 221 & 223 Wilson Avenue and 104 Palmetto Street in Bushwick. The asking price for the portfolio is $6,450,000. Exclusive agents Jackie Himmelstein and Matthew Garcia are marketing the Bushwick properties that have 14,297 total s/f, $454 per s/f, and a blended cap rate approaching 4.0%. 221 & 223 Wilson Avenue, also known as 150 Stanhope Street was built in 2005 & 2007 with 2 walkup buildings, 12 apartments, 4 garages, 10,097 SF and walking distance to M subway at Knickerbocker Avenue. Average rent per month is $1,555. Two bedroom apartments in the area are currently renting for $2,000+/mo. 104 Palmetto Street, located between Central & Evergreen Avenue was built in 2004 with one 3-story walkup building, 5 apartments and 4,200 SF. Property is located near the J, Z subways at Gates Avenue.

•••
EPIC Commercial Realty has been retained on an exclusive basis to broker the sale of 673 Halsey Street, Brooklyn. The property is currently home to a vacant three-story, walk-up, fully renovated residential building consisting of eight units. Located between Ralph and Patchen Avenues, the property is around the corner from the Excellence Boys Charter School and Saratoga Park as well as within walking distance of the Halsey Street J, Z train station. All units are separately metered and are free market. 1st floor units have access to the garden. There is a laundry room and lounge area in the basement; exposed brick in all units, and storage lockers included in rent. There are also new windows throughout the entire building. All units have a security system as well as granite countertops, stainless steel appliances and deep bathtubs. 673 Halsey Street is listed for $3,750,000 by EPIC sales associate Yuriy Ustoyev

•••
GFI Realty Services, Inc. today has been named the exclusive sales agent for 85-95 Cooper Street, a development site in the Inwood section of Manhattan. Daniel Lerer will oversee the marketing of the property, with pricing targeted at $4.25 million. The property has a maximum buildable area of 13,132 s/f. It is positioned for a mixed-use development consisting of multifamily, retail and community facilities. The site is located on the northeast corner of Cooper and West 207th streets. It currently houses a one-story commercial building with one existing tenant and several subtenants.

•••
Jon Angel, president of Angel Commercial LLC, announced the sale of a 26,635 s/f retail and commercial property located at 1187 E Main Street, Meriden, CT, to J&J Meriden LLC for $1.2 million. JD Byrider Used Cars dealership will open their second Connecticut location at the former Colony Ford site. The property has undergone extensive renovations and will offer used car sales and 11 service bays. Angel who represented the seller in the transaction.

•••
Cushman & Wakefield announced the following sales:
• A mixed-use building at 1217-1221 Bedford Avenue in Brooklyn’s Bedford-Stuyvesant neighborhood, was sold for $6,250,000. The four-story building contains approximately 14,760 s/f and features 60 feet of frontage on Bedford Avenue and access to Halsey Street via driveway from the rear side. The sale price equates to approximately $423 psf. The site offered the buyer an opportunity for cash flow in the short term, with substantial mixed-use conversion potential. Michael Amirkhanian handled this transaction with Robert M. Shapiro.
• The Teaneck Professional Building, a medical office building at 175 Cedar Lane between Queen Anne and Grange Roads in
Teaneck, New Jersey, was sold for $2,850,000. The three-story building contains approximately 14,651 s/f and sits on an 87 x 150 lot. It benefits from a longstanding history of high occupancy. The sale price equates to approximately $195 psf. The property is close to the Holy Name Medical Center. Seth Pollack represented the seller in this transaction. The buyer was represented by Moshe Rosenwasser.
A mixed-use building at 156-160 17th Street, between Third and Fourth Avenues in Brooklyn’s South Slope neighborhood, was sold for $2,650,000. The three-story building measures approximately 10,028 s/f and consists of two commercial spaces and two residential apartments with 60 ft. of frontage, curb cuts, high ceilings, and additional development rights. One of the commercial units was delivered with a tenant in-place for the next five years, while the remainder of the building was delivered vacant. The sale price equates to approximately $264 psf. Stephen P. Palmese handled this transaction with Aaron Warkov.

•••
CPEX Real Estate sold 186-190 21st Street in Brooklyn for $6 million. The two adjacent lots were purchased by Sterling Town Equities for $300 per buildable square foot, a record price for the Greenwood Heights/South Slope neighborhood. The combined site footprint is 10,017 s/f. Sterling Town Equities is planning a condominium project on the site. CPEX’s Development & Conversion Investment Sales Team, consisting of Sean R. Kelly, Esq., James O’Neill and Sean Sears, represented the seller and procured the buyer in the all cash transaction.

•••
Mack-Cali Realty Corporation has sold its interest in The Highlands at Morristown Station in Morristown, New Jersey, realizing net proceeds of approximately $6.5 million. Mack-Cali had acquired its 25 percent subordinated interest in the 217-unit community in October 2012 as part of the Roseland acquisition for approximately $2 million. The interest disposition represents an approximately 3.0x multiple on the 2012 acquisition price. Roseland will continue to manage the property. 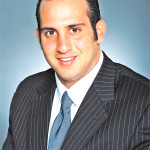 •••
Royal Properties Inc. brokered the sale of 239 Central Avenue, White Plains, NY. Built in 2008, the property was purchased by a local engineering firm, which plans to relocate its business and occupy the 2nd floor. The 10,000 s/f building, which sold for $2.3 Million, also consists of El Poblano Mexican Restaurant on the ground floor, and the entire 3rd floor of 4,100 s/f, which is available for lease. Craig Benson of Royal Properties, Inc. represented both the seller and buyer in this transaction. Royal Properties will continue to lease the remaining vacancy in the building.

Slumming it isn’t option for rich students in overcrowded Manhattan