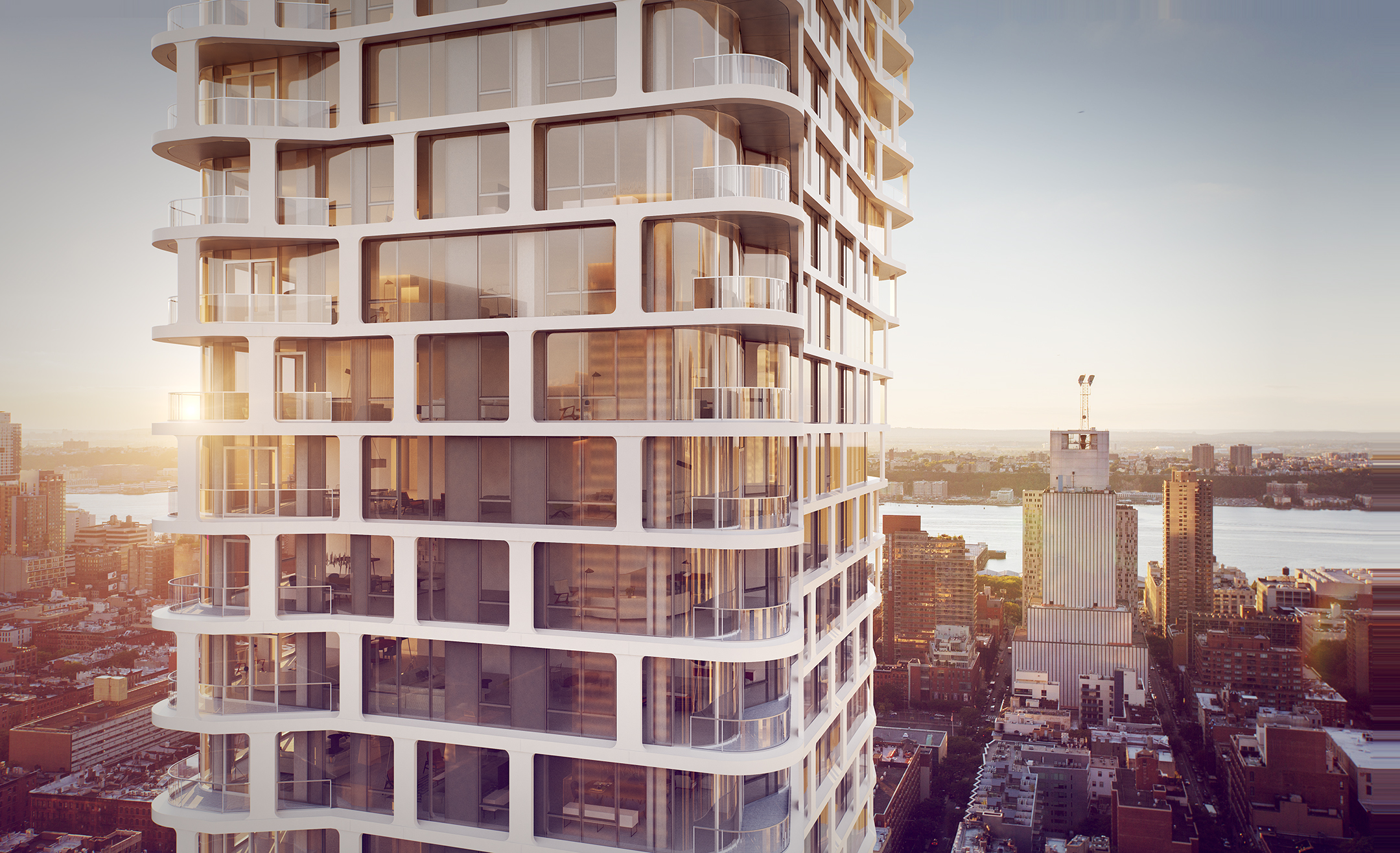 CetraRuddy co-founder Nancy Ruddy, who started architecture firm CetraRuddy with her husband, John Cetra, in 1987 in their living room, has spent nearly 30 years bringing buildings to life in New York City — and she’s just getting started.

Her firm’s work has taken the duo all over the world — from building sustainable schools in India, to a 400-room hotel in Saudi Arabia, to flying to Italy to pick out custom marble for her projects.

Famed buildings One Madison, the towering 60-story edifice in Flatiron where, among others, Tom Brady and Gisele Bundchen and Rupert Murdoch own units; Walker Tower, a 1920’s Art Deco building conversion in Chelsea which broke price per square foot records; and Battery Park City condo conversion River & Warren were all designed by Ruddy’s firm.

A native of New Jersey, Ruddy started out as a painting major in college, before discovering a passion for art history, which she studied at New York University.
“Suddenly living in New York … buildings had an enormous impact on my life and I became very interested in architecture,” she said.

In an ultimately fateful move, because she was “late to the game” in deciding on architecture, out of her choices, City College of New York in Manhattan was the only architecture school that would consider taking her that late.

“We thought it’d either be great, or if it didn’t work, we wouldn’t work on projects together,” said Ruddy of the first time the two partnered on a project for Perkins & Will. “We found there was such a

synergy in strength and skill, and we had very similar energy of how art should be.”

“We have very different skills but very similar world views about what is important in architecture and a practice,” said Ruddy. “We really have such a shared vision. We’ve been very, very lucky to have each other. There are days we don’t see each other in the office when we’re working on different projects, but it is really great to have a partner who you trust so much.”

CetraRuddy has done significant projects in housing — they are finishing up a dorm at Teachers College at Columbia University, and doing master plan work at Sarah Lawrence College upstate — and they’ve also done cultural institutions, most recently, the firm completed the Lincoln Square Synagogue on the Upper West Side.

One of Ruddy’s favorite projects has been 443 Greenwich St. in Tribeca, developed by Metro Lofts. An 1897 landmarked building that is being converted to condos, Ruddy said it was important for the firm to respect the history of the building.

“We’ve designed it so every apartment gets a whole line of exposed columns and beams that are a counterpoint to the very modern interior,” she said.

Yesterday, the firm was honored by the American Institute of Architects – NY at its 2015 Housing Design Awards for the firm’s One Madison design.
“We have won 13 international design awards for our work, but this is our first New York City award,” said Ruddy.

Another passion of Ruddy’s that is close to her heart is mentoring female architects at her firm.

“Fifty percent of architects and designers are women — I feel that it’s always been a male-dominate profession, yet women make up about half of the students in architecture school,” she said.

“Women tend not to move as quickly through the ranks. I spend a lot of time with women in my office about how to approach our profession and having us have an equal seat at the table. I’ve always had that, but when I was very young, people didn’t take me as seriously as a guy.”

With the firm just a couple years from its 30th anniversary, Ruddy reflected on the its success, and how her business philosophy contributed to it.

“We are very thoughtful about who we bring into the office, it’s really like a family because architecture is a collaborative process,” she said. “The thing I’m most proud of about the firm, is that 70 percent of our work is repeat business. It’s very unusual for firms our size to have that. I think its thoughtfulness and commitment to client vision and understanding the target market.”

Ruddy and Cetra live in Park Slope, Brooklyn, and have one daughter, Andrea, who is starting law school this fall.

“People know that John and I are so committed to the firm, but it’s always family first,” said Ruddy. “We always kid with Andrea – she hears ‘project’ all the time – I always tell her ‘you’re our most important project.’”