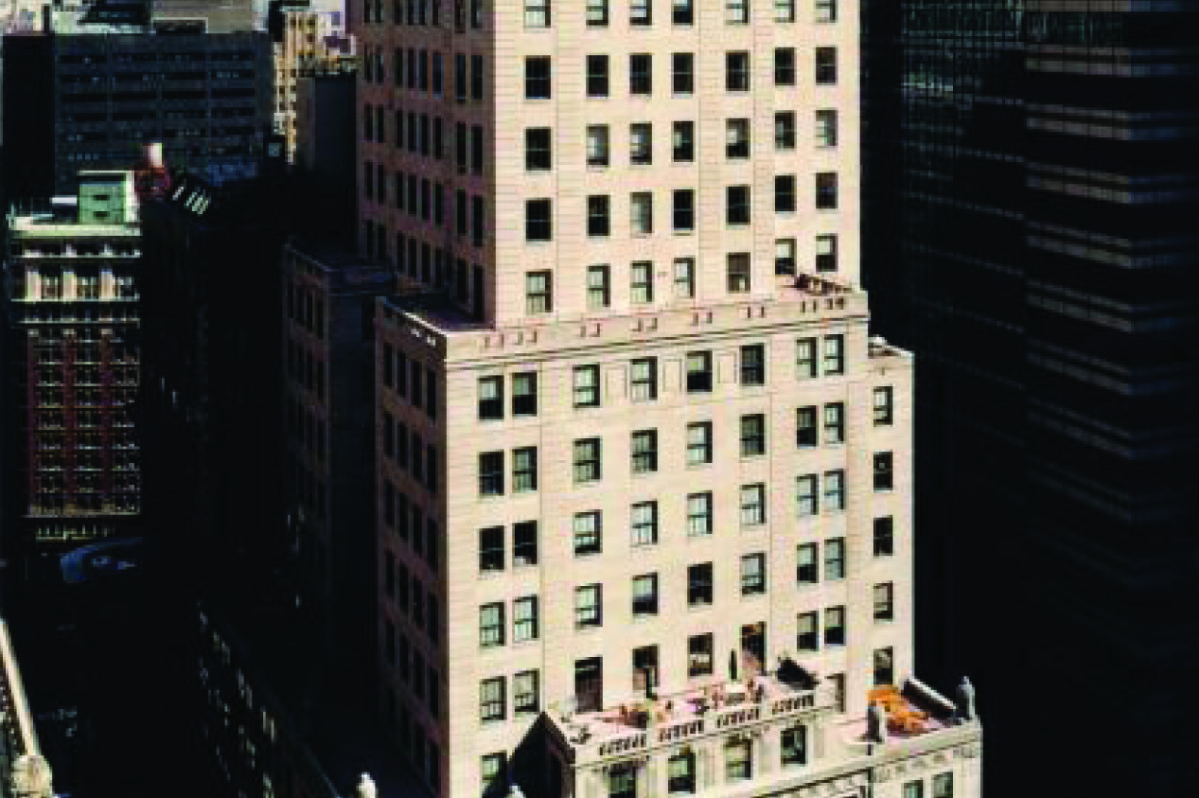 The 15-year, 50 percent LTV, fixed rate mortgage closed in May 2015. 48 Wall is owned by an affiliate of MacDonald & Cie headed by general partners Kirk MacDonald and Bryce MacDonald.

The 325,000 s/f multi-tenant boutique office building in the financial district was originally built as the headquarters of the Bank of New York in 1927 on land acquired in 1797 by the founder of the Bank, Alexander Hamilton.

The building is a New York City Landmark and also on the National Register of Historic Places.

The current owner acquired the building from BoNY in 1998 and completed a gut renovation in 2001.

Mayer Brown LLP represented the lender. The deal was done without a mortgage broker. The loan officer and the principal of the sponsor are both graduates of New York University’s Schack Institute of Real Estate: “This deal was done the old school way,” said Bryce MacDonald.