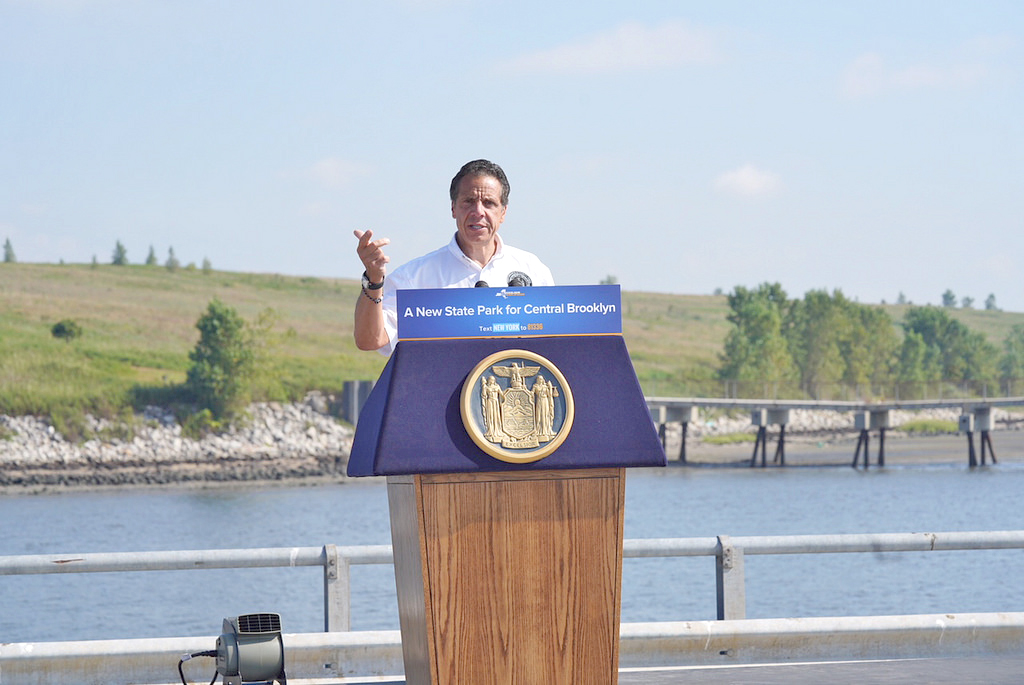 A 407-acre state park along Jamaica Bay will fully open in Brooklyn in the summer of 2019, Governor Andrew Cuomo announced.

The first phase, which will be complete next summer when the park opens full-time, seven days a week, will feature 10 miles of trails for hiking and biking, including bike connector paths that will ultimately join the Pennsylvania and Fountain Avenue properties, waterfront access for kayaking, pop-up environmental education, a pier, picnic areas, concessions, comfort facilities, wayfinding signage and a park office.

Governor Cuomo has directed relevant state agencies to start the process of park design and implementation.

“Our state parks are community treasures, and this new park transforms what was once landfill into exquisite open space, waterfront access and outdoor recreation for Brooklyn,” Governor Cuomo said.

To be Named Shirley Chisholm State Park, it is being created as part of the $1.4 billion Vital Brooklyn Initiative which aims to provide better housing, community space and resiliency projects in areas such as East New York and Crown Heights.

In April, he launched phase two of Vital Brooklyn and announced five RFPs to construct more than 2,000 affordable homes.

Earlier this summer, $3.1 million investment was announced for the renovationof eight community gardens and delivery or direct water connection to 14 others.

Prior to that, the Governor also announced flagship ambulatory care sites and partnerships with six Brooklyn-based federally qualified health centers to form the foundation of its $210 million, 32-site ambulatory care network.

As the next step of the initiative, the state is taking action to increase access to nutritious foods and address chronic food insecurity and health disparities in Central Brooklyn communities.

Phase 1 of the new park is funded by a state investment of up to $20 million to open the ecologically restored property and make 3.5 miles of waterfront available to provide crucial new open space access in one of the most underserved areas of the state.

Based on community input, Phase 2 could feature a new amphitheater for live events, environmental education center, lawn patios and a cable ferry or a connector bridge over the water which will link the Pennsylvania and Fountain Properties.

The 407-acre site, which has never been open to the public, includes the former Pennsylvania Avenue Landfill and Fountain Avenue Landfill, which were operated by NYC Department of Sanitation from 1956-1983 and deeded to the National Park Service as part of Gateway National Recreation Area in 1974.

In 2002, the NYC Department of Environmental Protection began a $235 million site remediation that included the installation of an impermeable cap and below-ground barrier to support future use.

More than 1.2 million cubic yards of clean soil, up to four feet deep, was spread across the site and more than 35,000 trees and shrubs were planted.

The addition of prairie grass and native plantings prevents erosion and has created a diverse ecosystem of more than 400 acres of coastal meadows, wetlands, and woodlands that have attracted local wildlife.

The full remediation and restoration of the site was completed with significant community input in 2009.
Under the agreement with the National Park Service and the City of New York, New York State Parks will plan, develop, open and operate the public park in cooperation with the Department of the Interior, the National Park Service and the New York City Department of Environmental Protection, which will continue to manage the former landfill infrastructure.