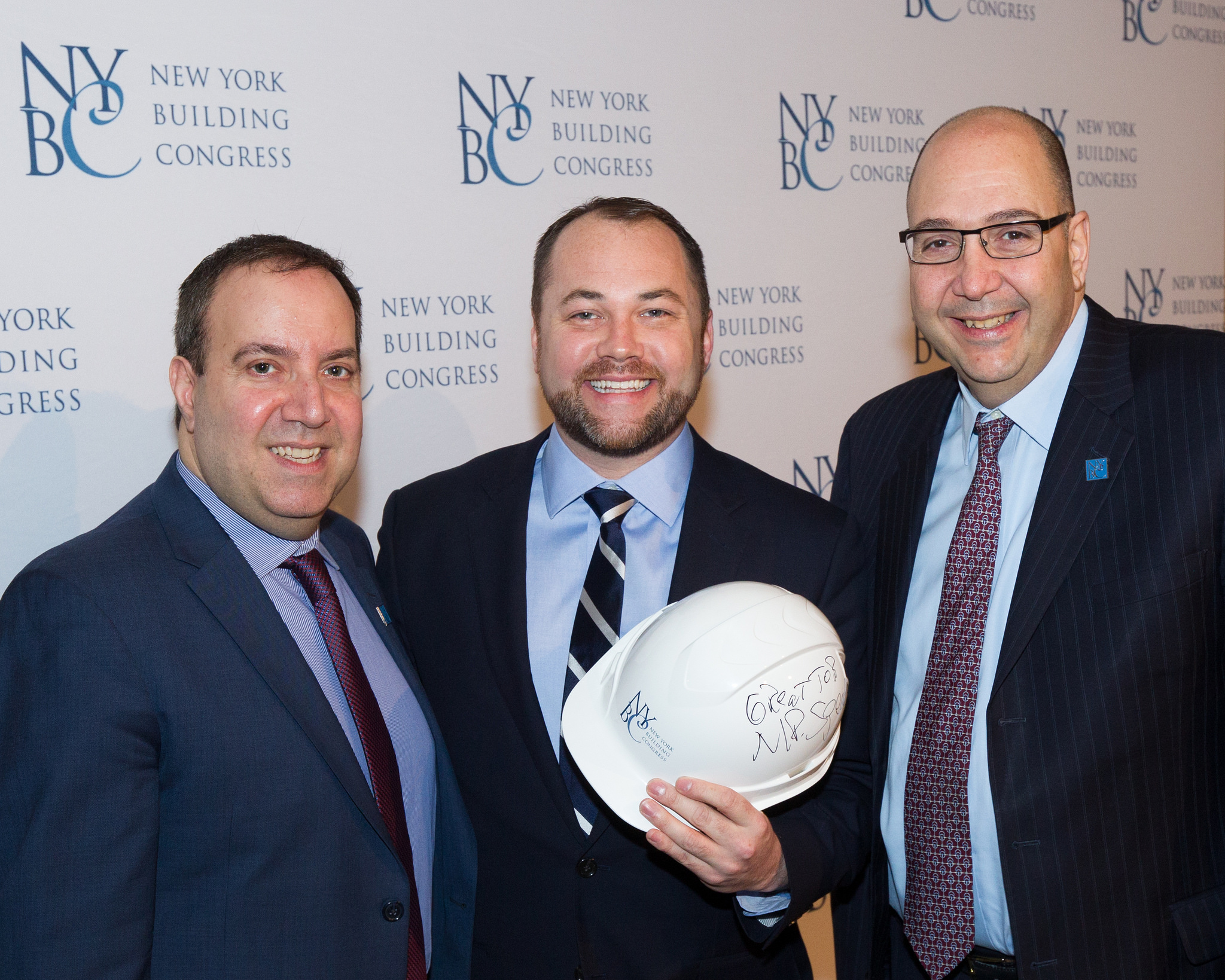 Just three weeks into his new role as speaker of the City Council, Corey Johnson made his pitch to the construction industry as the official who will help them get things done.

Speaking at the New York Building Congress (NYBC) luncheon at the Pierre Hotel last week Johnson said, “We should think big. We

should do big things. We should focus on things that will make our city a global city and to address the pressing needs that face us in this given moment in time.”

Johnson’s campaign for City Council speaker garnered more than $63,000 in donations from real estate bigs last year, according to a report from Crain’s. Top officials from the Related Companies, DDG, Vornado, and the Brodsky Group all contributed to his campaign, along with several in the hotel and construction industries.

With a district that encompasses a vast range of neighborhoods and submarkets, including Chelsea, Hudson Yards, Columbus Circle, Hudson Square, Greenwich Village, and Flatiron, Johnson is directly involved in major projects like Moynihan Station, the Penn Station redevelopment, Hudson Yards, the Javits Center, and the St. John’s Terminal project.

In what amounted to almost a pep rally, he spoke loudly and energetically about wanting to work with the real estate and construction industries on updating aging infrastructure, pointing out that the City’s robust four year capital plan, which totals $68.6 billion, should be put to good use.

The new Speaker said many of New York’s most ambitious public infrastructure projects and mixed-use developments were at first considered to be impossible by many, owing to the complicated nature of construction and the high cost.

“But what we know is that we can do big things, and government cannot be an obstacle. Government needs to be a partner. So I come here today with an open hand, not a fist,” Johnson said.

Acknowledging that his political views were “more to the left” than most in the room, he said infrastructure projects are a “non-partisan” issue, and he is ready to work with the industry to get things done.

“We will not agree on everything, but I want you to know, I’m pragmatic, I’m someone who you can work with,” said Johnson.