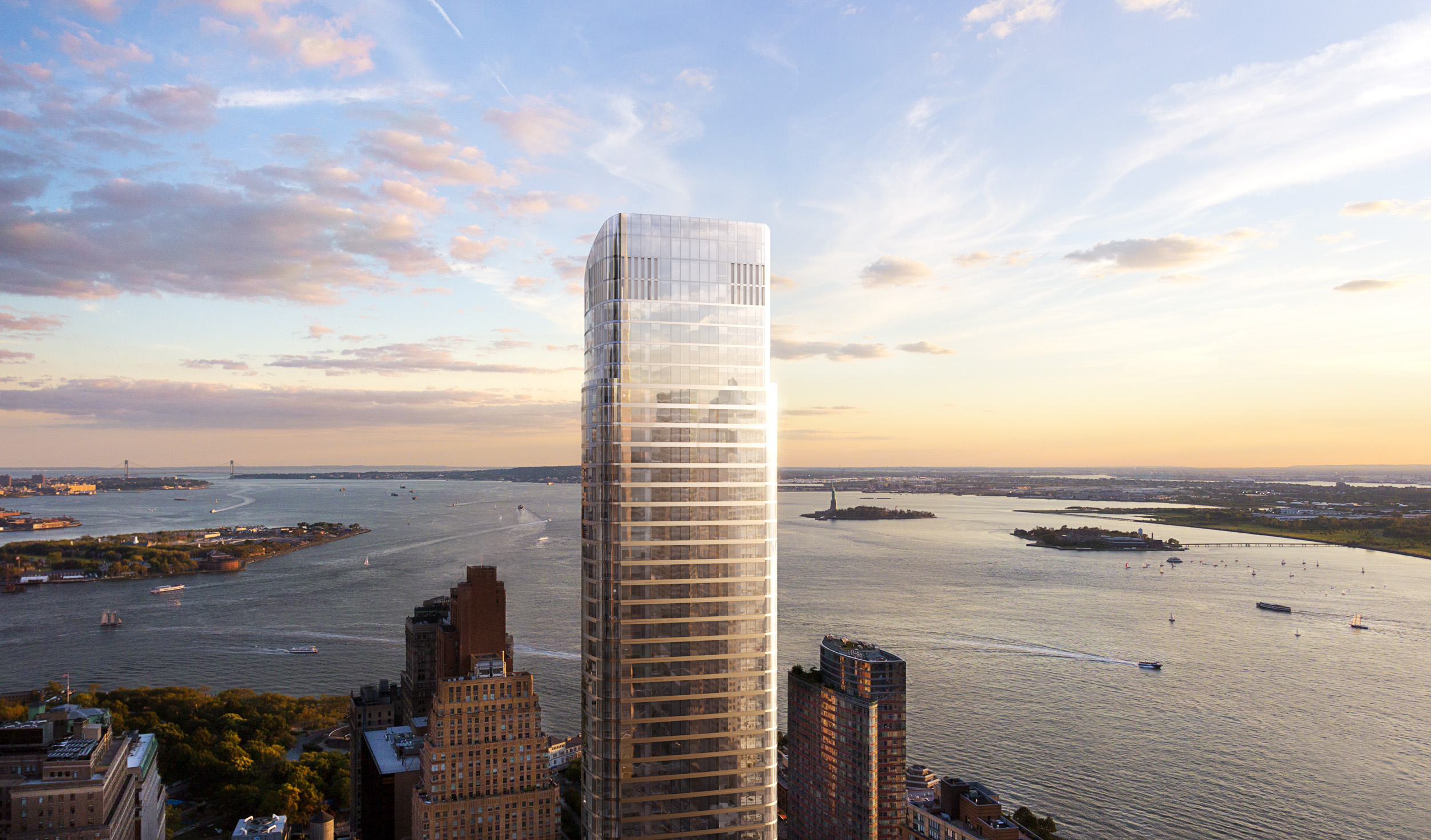 The Daten Group has launched sales at 72 Poplar Street, a 14-unit condominium in the century old former police precinct in Brooklyn Heights.
Designed by Freyer Architects, the building features two, three and four bedroom condos, with ceilings ranging from 8.6 to 14 ft.
The unit sizes range from 1,424 to 3,368s/f are are priced from $1.6 million to around $6 million.
The penthouse will offer 360-degree views. Some units come with outdoor space.
The building’s adjacent garage will be a two-story townhouse, including a one-story addition, with a one-car garage, a private, landscaped rear garden and a roof deck.
Amenities include a gym, lounge, bike storage, virtual doorman and parking.
Residents are slated to begin moving in the summer of 2014. Brokers Greg Williamson and Rob Gross of Douglas Elliman Development Marketing are handling sales and marketing.
The Daten Group acquired 72 Poplar Street in May 2011. In June 2012, the NYC Landmarks Commission approved plans for the construction of two-additional stories on top of the existing three-story building.

The Marketing Directors has been named sales and marketing consultant for 50 West Street, a 63-story, luxury condominium in Downtown Manhattan.
The highly anticipated property developed by Time Equities is set for completion in 2016.

“As the demand for housing in Manhattan grows further, we will continue to see Downtown as a highly coveted destination for residents over the next few years,” said Francis Greenburger, chairman of Time Equities.
“We’re excited to work with The Marketing Directors on 50 West Street – they have a strong grasp on the pulse of the industry.
“They translate that expertise into success for the properties they oversee, offering their clients invaluable direction in the planning stages and customized sales strategy and management.”
Time Equities and The Marketing Directors officially fegab the marketing phase of the 50 West Street last month with the launch of a teaser website that features a virtual video – produced by DBOX – which highlights the tower’s architectural form and Hudson River views.
“The teaser website launch is the first step in an exciting public rollout process for the project,” said Greenburger.

The Babaev Group of New York announced that it has launched leasing at its newest Williamsburg rental, 456 Grand.
MNS has been retained as the exclusive leasing and marketing agent for the luxury new construction building.
“Prior to officially launching, we have generated a lot of interest in 456 Grand due to its dynamic architecture, spacious floor plans and prominent corner location in a vibrant part of East Williamsburg,” said Andrew Barrocas, CEO of MNS.

“We have over 700 people on our waiting list. With the pent-up demand for new rentals in the neighborhood, we expect the building to lease up quickly.”
Slated for occupancy in March, the six-story building includes 52 one- and two-bedroom apartments ranging in size from 675 to 1,072 s/f.
Pricing begins at $3,175 for a one-bedroom and $4,325 for a two-bedroom.
The building will also feature one studio and one three-bedroom unit on the first floor, priced at $2,225 and $6,000 respectively.
Designed by KOH Architecture, residences feature 10.5 ft. ceilings, oak hardwood flooring, floor-to-ceiling windows.
Each floor has its own laundry room and amenities and services include a rooftop terrace, fitness center, package room, bike storage and on-site parking.

Argo Real Estate, Alpine Development, and The Marketing Directors announced that Hoboken’s The Artisan reached 100 percent leased in four months.
Located at 1400 Clinton Street and 1411 Grand Street in the Northwest section of Hoboken, NJ, the 102,000 s/f six-story mixed-use building has 59 units, 10 of which are live/work style apartments.
Argo Real Estate, one of New York City’s longest-standing independent real estate companies, partnered with Alpine Development in a joint-venture for the project.
The Marketing Directors, Inc. is the exclusive marketing and leasing agent for the property.
Leasing began at the property in mid-October 2013.
Prices at The Artisan range from one-bedrooms starting in the $2,500’s, two-bedrooms starting in the $3,300’s, and three-bedrooms starting in the $4,700’s.

Modern Spaces announced The Vista luxury condo in Court Square has hit the 100 percent sold mark.
Located on 44-15 Purves Street just south of the Northern Boulevard in Long Island City, buyers showed early interest in the building; 11 homes were sold in only the first 25 minutes of its soft opening. The Vista has been feng shui-certified by consultant Laura Cerrano of Feng Shui Long Island who advised the developers.
Eric Benaim, CEO and president of Modern Spaces, said, “Not only did buyers resonate with the design of The Vista, but many participated in the feng shui ceremonies that were held onsite of the property — this project has been a complete success throughout.”
Developed by Lions Group and Emmy Homes, The Vista is comprised of 15 floors encompassing 48 studios-, one-, and two-bedroom residences with prices starting at $360,000.

● TNS DEVELOPMENT
Countdown at The Shelton

TNS Development Group Ltd., Great American Construction Corp. and Halstead Property Development Marketing (HPDM) announced that The Shelton, a newly constructed 14-story development in Bedford Stuyvesant, Brooklyn, is now over 90% sold.
Located at 775 Lafayette Avenue between Throop Avenue and Marcus Garvey Boulevard, The Shelton is an 83- unit middle-income building featuring one-, two- and three-bedroom layouts with immediate occupancy.
The remaining four residences are two-bedroom, two-bathroom homes priced from $422,500 to $433,500.
Income restrictions apply to the four remaining residences and purchasers must show a 2013 gross income of less than $145,250 per household.

Taconic Investment Partners has topped off The Sterling Mason, its new luxury condominium project at 71 Laight Street in Northwest Tribeca.
Upon completion in fall 2014, the seven-story, Morris Adjmi-designed boutique development will has 33 apartment “robust amenities and impeccable service.”
“We are proud to announce this important construction milestone at what is a truly exciting project for Taconic,” said Charles Bendit, co-CEO of Taconic Investment Partners along with Paul Pariser.
The Sterling Mason involves renovating a landmarked, circa-1905 brick warehouse and integrating new construction – a mirror image of the original, but clad in a metallic façade.
With interiors by GACHOT, residences range from two- to six-bedrooms and from around 2,000 to more than 5,600 s/f, including three penthouses incorporated with the addition of a seventh story.
There will be a double-size courtyard viewing garden, which is being designed by landscape designer Deborah Nevins.

the property will have a fitness center, library club room, bicycle storage, and what will be the first residential children’s playroom designed in consultation with the experts at 92Y Wonderplay™.
Private parking spaces and storage units are available for purchase, and a full staff will be onsite, including doorperson, porter, concierge and live-in resident manager.
Homes are priced from approximately $3.9 million to more than $23 million for the newly-listed Penthouse B. Penthouse A is in contract for $21 million, which equates to $4,656 per square foot, the highest in the building so far.
Douglas Elliman Development Marketing is the exclusive sales and marketing agent for the property.

Landlord concessions back in the game