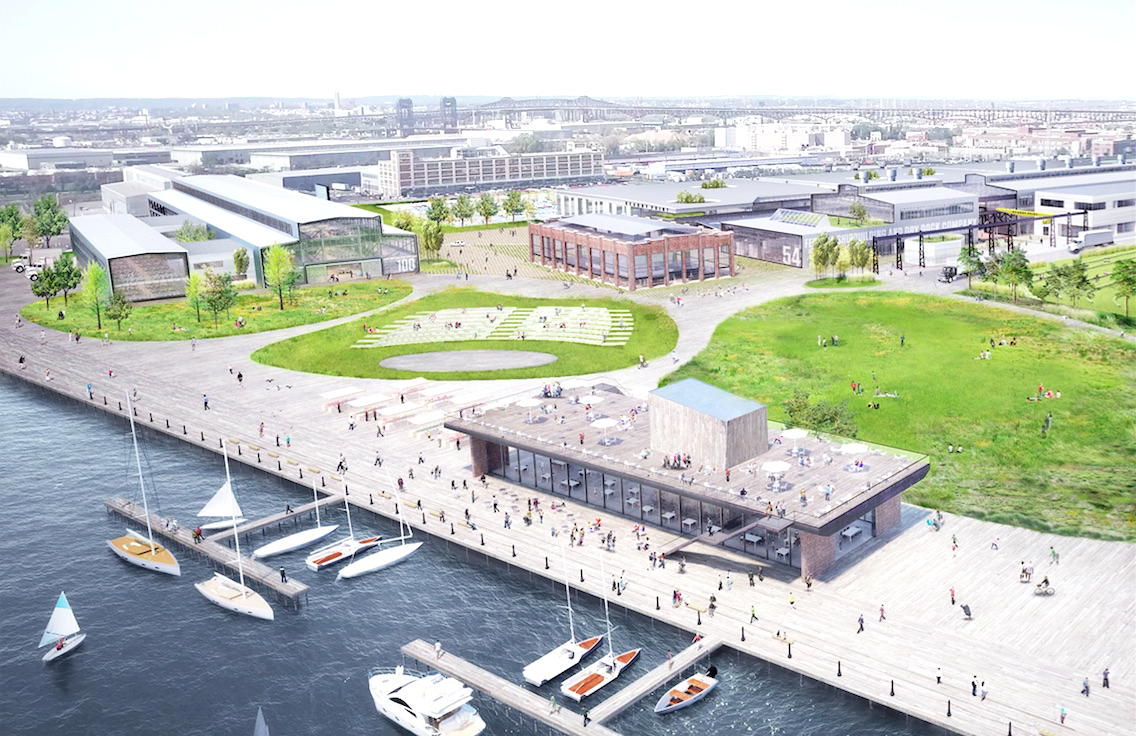 A new community resource center for formerly incarcerated individuals, designed by the firm WXY architecture + urban design, has just opened at Kearny Point, the 130-acre former shipyard near New York Cty that the a firm has helped reimagine.

To reinforce their place and community in an inspirational setting, the new community resource center features colorful wall-to-ceiling photographs, supergraphics and quotations with historical and cultural significance.

“In keeping with the creative spirit of Kearny Point, the space captures the history of the place in design and photograph, while providing for a modern, efficient computerized training center.”

In total, the Kearny Point project now home to NJRC will ultimately reactivate more than three million square feet of industrial space for more than 5,000 jobs, making it one of the largest and most economically significant redevelopments in the region.

The developer is Hugo Neu, and the architects are WXY architecture + urban design and Studios Architecture.
During World War I and II, Kearny Point was once one of the world’s most prolific shipyards when it operated as the Federal Shipbuilding and Dry Dock Company, where as many as 30,000 people came to work each day.

Today, Hugo Neu is transforming the 130-acre industrial complex into a new mixed-use waterfront destination. In subsequent phases, Kearny Point will include a host of indoor/outdoor common areas, including a living shoreline and public waterfront promenade and a restored marina.