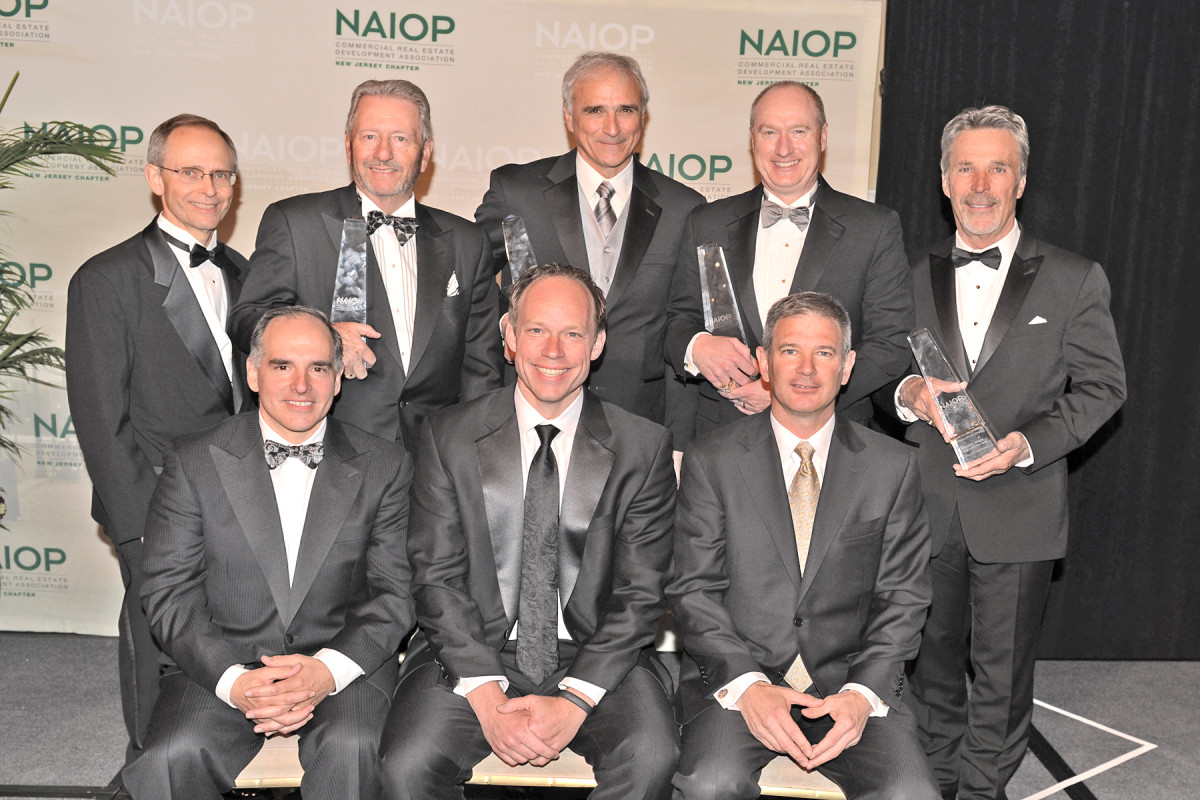 NAIOP New Jersey once again honored the state’s commercial real estate leaders and top deals of the past year at its 28th Annual Awards Gala at The Palace at Somerset Park. Over 700 attended the sold-out event.

“Creativity, vision, perseverance and close and trusting relationships are the keys to success in our industry,” said Michael McGuinness, CEO of the commercial real estate development association. “Tonight’s honorees exemplify each of these qualities, and we congratulate them for their individual achievements as well as for the collective impact they have had on our industry, our state and our economy.”

The Lifetime Achievement Award honored Finn Wentworth, founder and partner of Normandy Real Estate Partners, who was cited for his entrepreneurial approach to business as well as a limitless capacity for overcoming obstacles and building lasting relationships in every facet of his multifaceted career.

The Impact Award was presented to Constantino T. Milano, president and COO of Hartz Mountain Industries, Inc., who accepted the award on behalf of the entire Hartz Mountain organization for its impact in New Jersey and the many residents who have benefitted from its efforts.

Geoffrey Schubert of CBRE and Robert R. Martie of Colliers International each received Industry Service Awards. Schubert, a 50-year industry veteran, was honored for the passion, attention to client goals, and in-depth understanding of the business that have fueled his success.

Martie was recognized for a career spanning more than three decades and characterized by creative leadership, mentoring, and considerable contributions to the industry and the community.

The Industrial Deal of the Year was awarded to Wenner Bread Products, which relocated from Long Island to 301,626 square feet in New Brunswick, N.J. The project secured 253 new jobs for New Jersey and will revive freight rail with the goal of eliminating 600 trucks annually from the state’s highways.

The Office Deal of the Year was won by Sandoz US Headquarters, which occupies a formerly vacant office building in Plainsboro.

Cushman & Wakefield was involved in both of the transactions that garnered Deal of the Year awards.

A seven-member panel of judges selected the winning deals based on their impact on the environment and community, economic impact, degree of complexity, and the innovative and creative strategies employed. “It is my privilege to preside over this year’s celebration of our industry and the achievements of our honorees,” said NAIOP president Clark Machemer.