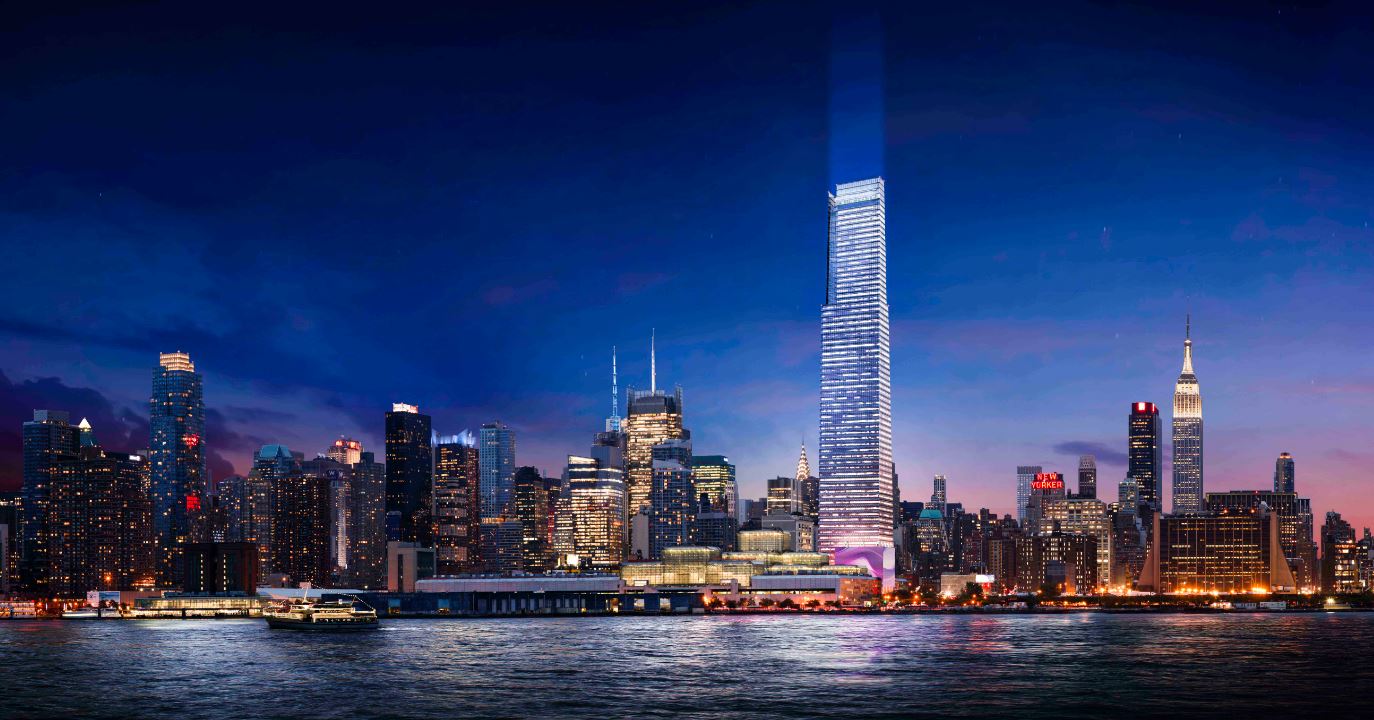 The Moinian Group is in advanced talks with an unnamed company to lease 600,000 s/f at its planned office tower 3 Hudson Boulevard.

Avison Young’s tri-state president Arthur Mirante, who oversees the building’s leasing, told Real Estate Weekly that he has exchanged proposals and counter-proposals with a prospective tenant and hopes to have the lease signed by June.

Mirante declined to name the tenant, but there are currently only a handful of companies in the market for office space of that size.

One possible candidate is Time Inc., which is understood to be looking for a new, 600,000 s/f headquarters and is reportedly also considering Brookfield Place downtown.
Time’s parent company, Time Warner, recently announced it will be moving from Columbus Circle to Related’s Hudson Yards, located a block away from 3 Hudson Boulevard. A Time spokesperson declined to comment on the company’s office search.

Law firm Skadden Arps is another possibility. Today The New York Post reported that Skadden is looking to lease between 550,000 and 600,000 s/f either in 3 Hudson Boulevard or at Brookfield’s Manhattan West.

The Wall Street Journal recently reported that Google is also looking to lease an additional 600,000 s/f in Manhattan.

The planned 1,8 million s/f Moinian office tower, located at the corner of 11th Avenue and 34th Street, has so far failed to land any major tenants. Work on the foundation is underway, but for the tower to rise, it first needs to pre-lease a significant portion of its space.

3 Hudson Boulevard was designed by Dan Kaplan of FXFOWLE and expected to cost between $800 million and $900 million. Mirante said asking rents at the base of the tower are $85 per s/f gross.
Time and Google certainly fit the profile of the types of firms showing interest in the developments surrounding the Hudson Yards.
Cushman & Wakefield’s chairman of Global Brokerage Bruce Mosler, who handles the leasing for Brookfield’s nearby Manhattan West project, said he has noticed strong interest in the far west side from media, technology, advertising and fashion companies.
“For the last 12 months, the interest level has risen consistently across the board,” he said, adding that companies are drawn to the new towers’ efficient design and to the area’s transportation infrastructure.