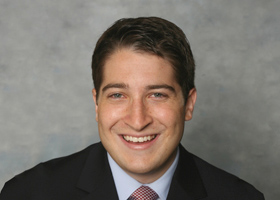 An increasingly dirty legal battle pitting the country’s largest real estate data provider against its upstart challenger is about to go into the next round.

In a lawsuit filed three weeks ago, market leader CoStar accused several unnamed individuals of sharing its data via the web portal CompStak in violation of a copyright agreement, in effect accusing them of intellectual theft.

A court ruling later forced the start-up to hand over the names of four defendants, which it did last Friday.

But CompStak asked the court to reconsider its order, and an oral argument on its motion will be held tomorrow (April 24).

The court case has set forth a wave of public accusations and threatens to stall the meteoric rise of CompStak, a popular database and serious rival for CoStar.
CompStak, founded in 2012, is a crowdsourcing site that allows users to upload and review leasing comps. This puts it in direct competition with CoStar, a data company that offers paying customers information on commercial listings.

In its lawsuit, CoStar accuses ten CompStak users of uploading its own copyright-protected data onto the rival site. The company bases this accusation on fake (or “seeded”) data it planted on its servers and later found on its rival’s website.

While CompStak isn’t named as a defendant and doesn’t have to fear any immediate legal ramifications, the case nonetheless poses a serious threat to its business model.
The suit and CoStar’s claim to be fighting an “anti-piracy campaign” imply that CompStak is benefitting from stolen information and could dent its image.

More importantly, CompStak’s CEO Michael Mandel said he feared that users wary of lawsuits might be discouraged from uploading comps altogether – although he added that many of its users have expressed their support in recent days.

In a phone interview with Real Estate Weekly, Mandel hit back at CoStar and accused the company of using the lawsuit to stifle competition.

“Their motivation is to effectively intimidate our users to prevent them from wanting to use CompStak,” Mandel claimed. “Their interest is in litigation over innovation.”

Mandel said he has contacted the Federal Trade Commission because he believes Costar’s suit violates the terms under which the FTC approved its takeover of rival data provider, LoopNet, in 2011. The takeover was approved under the condition that CoStar mustn’t prevent its customers from providing competitors with data, as long as this data isn’t taken from CoStar’s database.

In a declaration in support of CompStak’s motion, Mandel claimed that the defendants don’t appear to have taken the data in question from Costar. Instead, he argued, the planted data was publicly available.

Mandel cited a press release on four Washington, D.C. lease transactions from May 2011 that included square footage that Costar claimed it had planted and was fake. Mandel claimed to have found the same seeded figure in a quarterly report by Jones Lang Lasalle.

If the seeded figures were in fact widely publicized, it would undermine Costar’s claim that the defendants must have lifted them from its database.
Mandel added that he repeatedly tried to reach CoStar’s CEO Andrew Florance over the past weeks, but never got a call back.

Asked to respond to Mandel’s accusations, CoStar’s senior vice president of marketing Mark Klionsky emphasized that his company’s suit is not directed at Compstak but at a few of its users.

“Despite CompStak’s attempt to trivialize the misuse of our intellectual property, we are confident we can prove that the data in question could only have come from CoStar, and not public press releases or market reports,” Klionsky said. “Now that we know the identities of the John Does, we will have the opportunity to prove that in court.”

CompStak’s motion to reconsider the court order wasn’t processed before a deadline to release its users’ names last Friday, and the company was forced to share their identities with CoStar.

But Mandel said he hopes a ruling in its favor after tomorrow’s hearing could “prevent (CoStar) from trying to expand the scope of their motion, and if their suit/motion is thrown out by the court, it will very publicly expose their true motivations here.