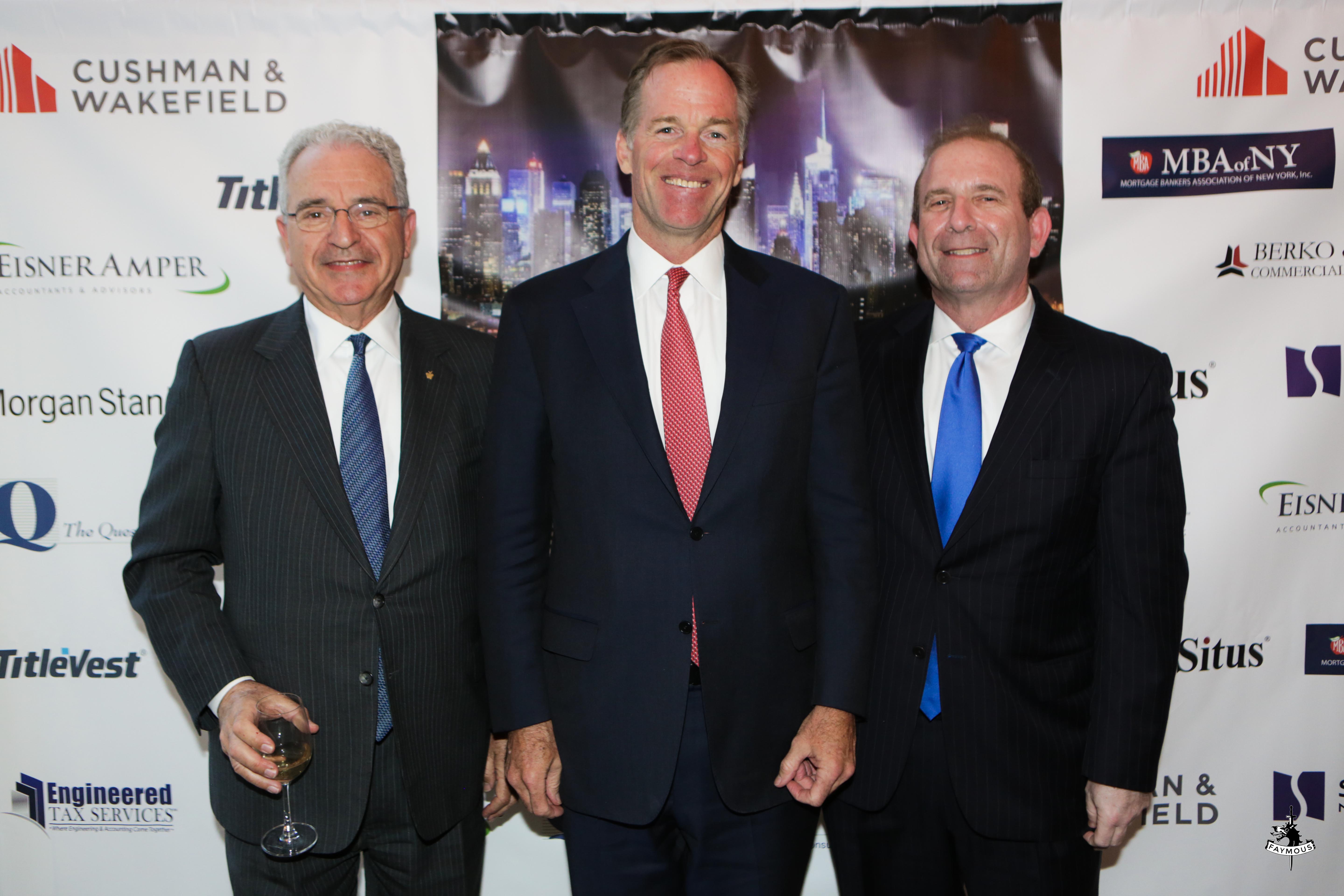 Cushman & Wakefield executive Paul Massey told a group of real estate heavy-hitters last week that he is “actively thinking about” running for mayor of New York City in 2017.

The inaugural “Business Manifestors” dinner hosted by accounting firm EisnerAmper at Trattoria Il Mulino in the Flatiron District last week drew more than 100 members of the industry, including John Catsimadtidis (who ran for mayor in 2013), Norman Sturner, Ziel Feldman, Joe Sitt, and former governor David Paterson, who introduced Massey to the assembly.

The chairman of global sales at Cushman & Wakefield told the crowd he had been approached to run for mayor by friends.

“I am indeed actively thinking about it,” he said. “I’m not a political person, I’m a manager… and that’s what the city needs, a manager and management team.”

In his remarks, Massey praised former NYC mayors Rudy Giuliani and Michael Bloomberg for their efforts to clean up the city while in office. He also expressed concern about the current state of the city, saying he was worried things “are sliding backwards.”

Reports that Massey was considering a mayoral run first popped up in February, after he launched a non-profit political action committee called 1NY Together. The committee’s mission is to “promote the common good and general welfare of all citizens of New York City” and advocate for sustainable economic growth, academic betterment, increased public safety, and cultural advancement, according to the group’s website.

So far, Massey has not publicly commented on a possible run, but introducing the veteran broker to last week’s gathering, former governor David Paterson encouraged the crowd to support the 1NY Together non-profit.

Radio and TV ads FOR 1NY Together PAC will soon hit the airwaves, and the non-profit has been building a policy team, Massey said.

Massey’s mayoral toe-dipping comes at a time when Mayor Bill de Blasio’s approval rating is at an all-time low, according to a NBC 4 New York/The Wall Street Journal/Marist poll.

According to the numbers, only 35 percent of polled voters in New York City approve of the job de Blasio has done, down from 38 percent in a previous poll from the same agencies in November.

New York Magazine reported in March that Massey, who sold the firm he founded with Bob Knakal for a reported $100 million in 2014 to Cushman & Wakefield, had been meeting with the city’s GOP leaders to gauge support for a possible candidacy.

“Paul has been very successful in real estate. I encouraged him to get in the race,” Joe Lhota, who lost the mayoral election to de Blasio in 2013, told New York Magazine.

Lhota, a Republican who was once the chairman and CEO of the MTA, said that he had met with Massey to provide guidance on mounting a candidacy. He also confirmed that Massey had attended several Republican events.

Massey, who first started working in New York City in 1983, launched his career with a summer job at CBRE. It was there that he first met Knakal, who would be his business partner for almost 30 years. The pair, who co-founded Massey Knakal in 1987, first met while hiding from edible projectiles during a food fight.

“We had an uproarious dinner which wrapped up with a food fight,” he said in a November 2013 Real Estate Weekly profile. “We ended up under the table defending ourselves.”

Massey Knakal started as a two-man operation, with its co-founders dividing a two-room office. After almost three decades, the company’s base of operations grew to a 20,000 s/f office in Midtown. After the firm was bought by Cushman & Wakefield, Massey, who was then Massey Knakal’s CEO, became Cushman’s president for New York investment sales.