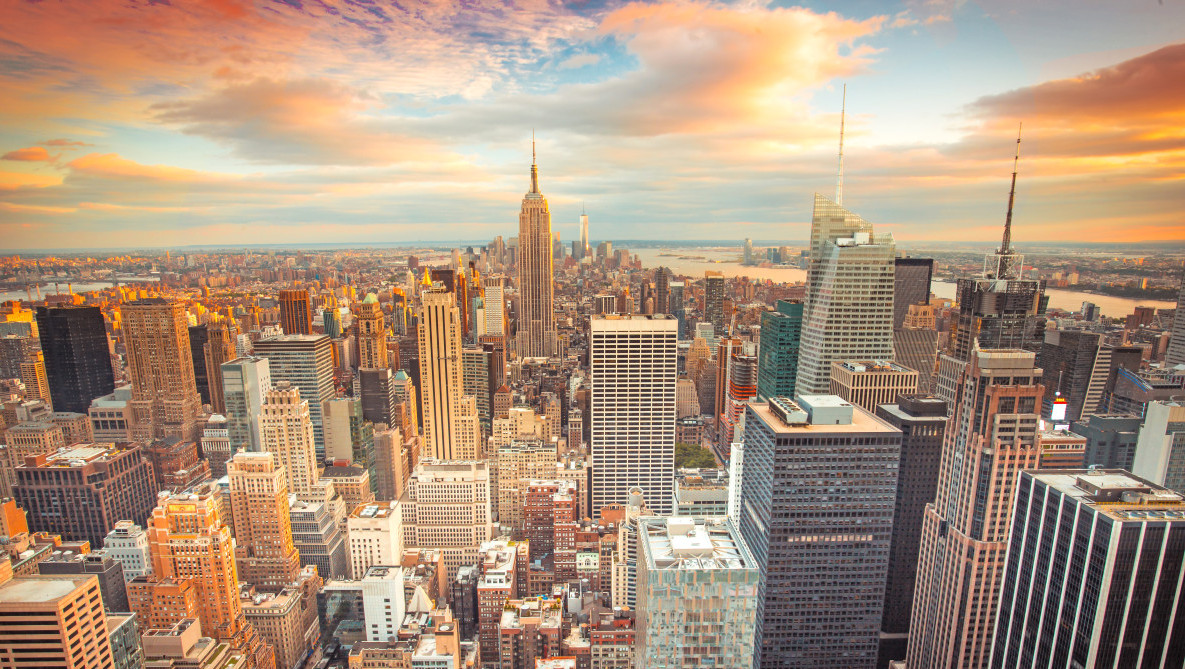 Jodi Stein is vice president of acquisitions and development at the Lightstone Group, where she is responsible for growing the company’s $2 billion development platform in New York City.

Before diving into new development, Stein, an attorney, worked in land use for many of the city’s top developers, helping them through the numerous legal hurdles to acquiring and building property in the city.

Growing up in New Jersey, Stein had dreams of being a lawyer from a young age.

“My parents could vouch for that,” she told Real Estate Weekly. She went to Muhlenberg College in Allentown, PA, where she earned a degree in political science, and then spent a year working for the American Israeli Public Affairs Committee (AIPAC) before moving to NYC to attend Brooklyn Law School.

During law school, Stein fell in love with real estate, and had to make a tough decision.
“I was very torn during law school whether to go into real estate or continue law school,” she admitted. She decided to get her J.D., and started working in land use in her first job out of school.

“Land use ended up being the perfect mix between real estate and politics,” she said. Stein started out as an associate at Wachtel & Masyr.

“When we did start to feel developers taking a step back, my role was more about looking at things people were interested in acquiring, what discretionary was available, and how to make it more profitable,” she said of the ups and downs of the market cycle.

She represented some of the city’s biggest developers, including Related, Jamestown, Extell, Slate, Gemini, and of course, Lightstone.

She spent eight years at Wachtel & Masyr before moving to the land use group at Herrick Feinstein. She worked as Lightstone’s land use attorney for two years before joining the company, and has now been with Lightstone for the past year.

“It was really fun for me to stick with the same projects but in an expanded role at Lightstone. I get to feel vested in the projects now that I’m working at Lightstone as opposed to working in land use and having many different clients,” said Stein.

In her position, she works on all new development projects and acquisitions — advising on what can be built, pre-development, working with any agencies they may need, discretionary approvals that can make a project better, searching out any possible problems, and working with architects and doing zoning reviews. She also helps the development team with neighborhoods.

“It really runs the gamut,” she said.
One of the company’s biggest new ventures is the Moxy by Marriott brand of hotels that they are launching.

The flagship hotel of the brand is a landmarked building in the Garment District, built in 1905 as an SRO to place construction workers and commuters. In the 1980’s it was converted to office space.
Stein was involved in the Landmarks and Commissions process as well as the Board of Standards and Appeals, so Lightstone could obtain the original use of the building, they were able to get 618 rooms for the new hotel.

Stein said that a defining moment in her career was one that took up three years of her life.
Back in 2006, when she was still working at Wachtel & Masyr, she Stein was part of the team that represented the community of West Harlem in developing a Community Benefits Agreement (CBA) with Columbia University, which was looking to develop 17 acres in the neighborhood.

“The challenges are fun,” said Stein of her job. “I don’t like to lose. I think the challenges give you a real opportunity to be creative in this industry. Whether it’s looking at zoning texts or building code texts, and how to interpret it properly, talking to city agencies to see how they interpret it, I think it can be extremely fun and challenging in the best of ways, where you’re really expanding and being creative and doing so much learning.”

Stein sees the outer boroughs, where Lightstone has been very active, as ripe for more development.

“I think the expansion of Long Island City is so exciting,” she said. “We definitely got the bug at Lightstone.”

The company is also looking closely at The Bronx, an area Stein says has been a “hot topic” since she moved to NYC in 2003.

“Everyone’s always talked about it, I’ve already talked it to death,” she said. “People have really exciting ideas about the Bronx, it will be interesting to see what happens.”
She pointed to Flushing, Queens, as an area to keep an eye on, too.

Though the neighborhood is already an established hotspot, it has become overcrowded, and the need for more retail and residential, and changes in zoning to pave the way, could bring in some exciting development, she said.

As a female who has spent several years working in the male-dominated world of real estate development, Stein knows how to make sure her voice is heard.

She’s looking forward to giving her thoughts on the Outer Borough Boom at Real Estate Weekly’s upcoming Women’s Forum being held in the Bar Building on May 11.

Along with a power panel of real estate women that includes Cushman & Wakefield’s Laura Pomerantz, developer Toby Moskovitz, Simone Development’s Sara Rubenstein, and moderator Belinda Schwartz, real estate department chair at Herrick Feinstein, LLP, Stein will weigh in on the trends that are driving development in the boroughs and what the market can expect in the coming months.

“I think throughout my career, everyone’s always looking at the male with the gray hair in the room,” said Stein.

“Having been in the industry, I’ve learned that once you’re comfortable with yourself and confident in what you’re saying, if you speak up, you’ll be heard. You have to prove yourself, but if you know what you’re talking about and learned the craft, people will listen to you when you speak.”

For information on tickets and sponsorship for the annual Women’s Forum, go to www.rewwomensforum.com