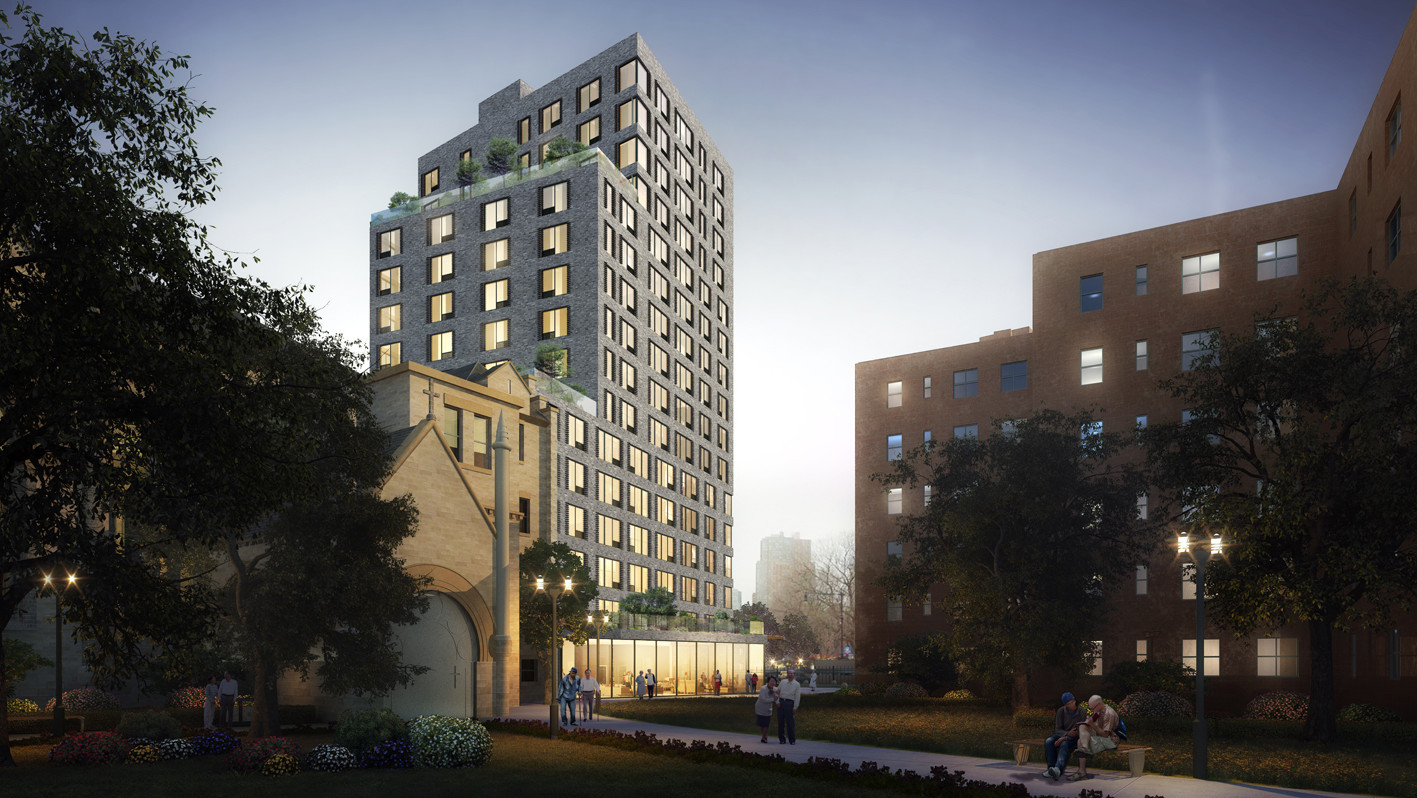 New York City’s first senior housing with services designed specifically for the LGBT community is to be built in Ft. Greene, Brooklyn, and The Bronx.

“For too long, our LGBT elder pioneers in New York City have lacked access to housing where they are welcomed for who they are,” said Michael Adams, Chief Executive Officer of SAGE, Services and Advocacy for GLBT Elders.

“Ingersoll and Crotona are a critically important step toward righting that wrong.”

Ingersoll is being built by a partnership[ of SAGE, HELP USA and BFC Partners. The three were selected by the New York City Housing Authority (NYCHA) and NYC Housing and Preservation (HPD) to develop the 145-unit affordable senior housing development that will be the nation’s largest LGBT-welcoming elder housing development. Marvel Architects has designed Ingersoll.

Separately, the 82-unit Crotona Senior Residences, located in Crotona Park North, Bronx, will be developed as part of a collaboration between HPD, HELP USA, NY State Homes and Community Renewal and SAGE. The 82-unit residence has been designed by Magnusson Architecture and Planning.

The developments are one component of the National LGBT Elder Housing Initiative which SAGE launched in 2015 in response to evidence of widespread discrimination against LGBT older people in senior housing.
On-site SAGE Centers at both locations will be modeled after SAGE’s Innovative Senior Centers located in Chelsea, Harlem, the Bronx, Staten Island (in partnership with the Pride Center of Staten Island), and Brooklyn (in partnership with GRIOT Circle).

Both developments will be financed under Mayor Bill de Blasio’s affordable housing program.

“We are honored and excited to be partnering with SAGE to deliver New York City’s largest senior housing project designed to accommodate the LGBT Community. I commend NYCHA for their vision in recognizing the opportunity this project presents, and for their determination to keep New York City in the forefront of innovative housing models,” said Don Capoccia of BFC Partners.

“LGBT older people face a housing crisis. These groundbreaking developments are an important step toward combatting that crisis in New York City by providing not only affordable and welcoming housing but also on-site services pioneered through SAGE’s network of LGBT senior centers,” said Adams, Chief Executive Officer of SAGE.