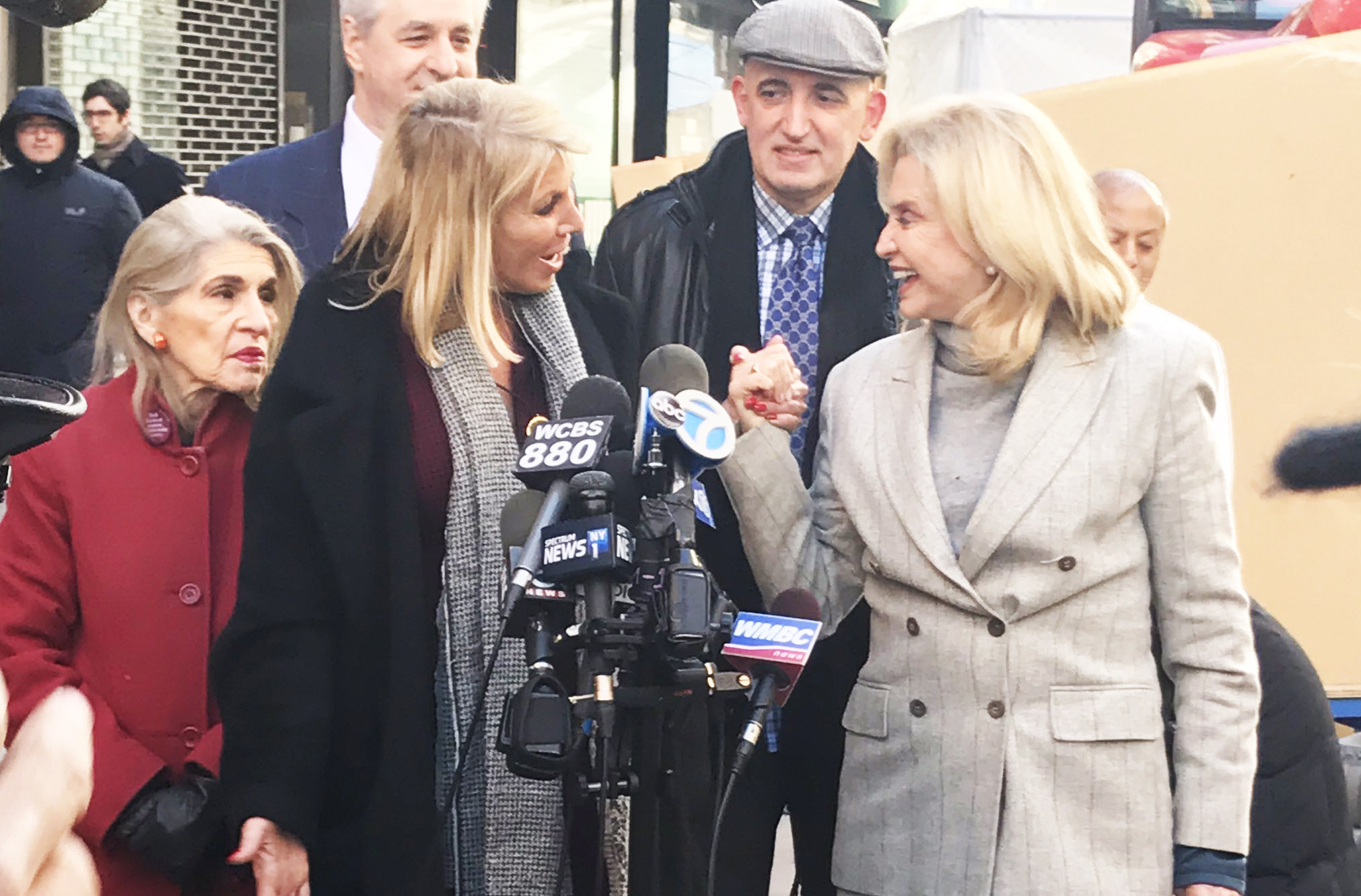 After decades of broken promises and construction delays, Maloney said the opening will be an economic boom for New York City Governor Andrew Cuomo toured the new 86th Street station on the Upper East Side earlier this month, and stood firm that the stations would open by years-end.

“People thought we should probably move the deadline,” said Cuomo in an interview with John Catsimatidis. “ And I said, ‘No, we’re going to stick to the deadline and we’re going to work like hell to make it,’ and that’s exactly what we’re doing.”

The Second Avenue Subway is the city’s first major expansion project in more than 50 years, and more than 200,000 daily riders will be using the new line.

The first phase of the subway received $1.3 billion in federal funding and is one of the largest mass transit projects in the nation.

Congresswoman Maloney held a press conference to highlight the new buildings rising in areas of the Upper East Side that the Second Avenue Subway lines will serve, as well as new businesses that will be opening. Maloney was joined by Dottie Herman, the Second Avenue Merchants Association, and the Manhattan Chamber of Commerce at the event. Herman spoke about the construction of new residential buildings that will house tens of thousands of residents.

“This is a new beginning for Second Avenue, New Yorkers, merchants and visitors to our great city,” Rep. Maloney said. “We have been waiting a long, long time for this subway line to open, and we can all look forward to the New Year with greater optimism because a subway will at last be rumbling beneath our feet on Second Avenue.”

Herman announced the construction of many new buildings in the neighborhood that will be occupied by tens of thousands of people.

“The New York real estate industry has been booming for some time now, and these new developments will only add to the luster of Manhattan,” Herman said. “We are so pleased at last to have this subway line. Economic and real estate development in New York City has rarely been stronger.”

All four new subway stations will have permanent artwork by famed artists such as Sarah Sze, Chuck Close, Vik Muniz and Jean Shin in what will be the largest permanent public art installation in New York State history.

“The Second Avenue subway provides New Yorkers with a museum underground and honors our legacy of building engineering marvels that elevate the human experience,” said Cuomo in a press release.

“Public works projects are not just about function – they’re an expression of who we are and what we believe. Any child who has never walked into a museum or an art gallery can walk the streets of New York and be exposed to art and education simply by being a New Yorker. That is where we came from and that is what makes New York special.”

Phase 2 of the Second Avenue Subway will extend the new line north from the Phase 1 bulkhead at 105th St. through East Harlem to 125th Street and 5th Avenue with new stops at 106th and 116th Streets and Second Avenue. Phase 2 is expected to have 101,000 riders on day one. When complete, the Second Avenue line will run 8.5 miles from 125th Street to Hanover Square in Lower Manhattan, and will provide relief for the nation’s most overcrowded subway line, the Lexington Avenue line.

Gaia leads biggest sale of the year in Stamford