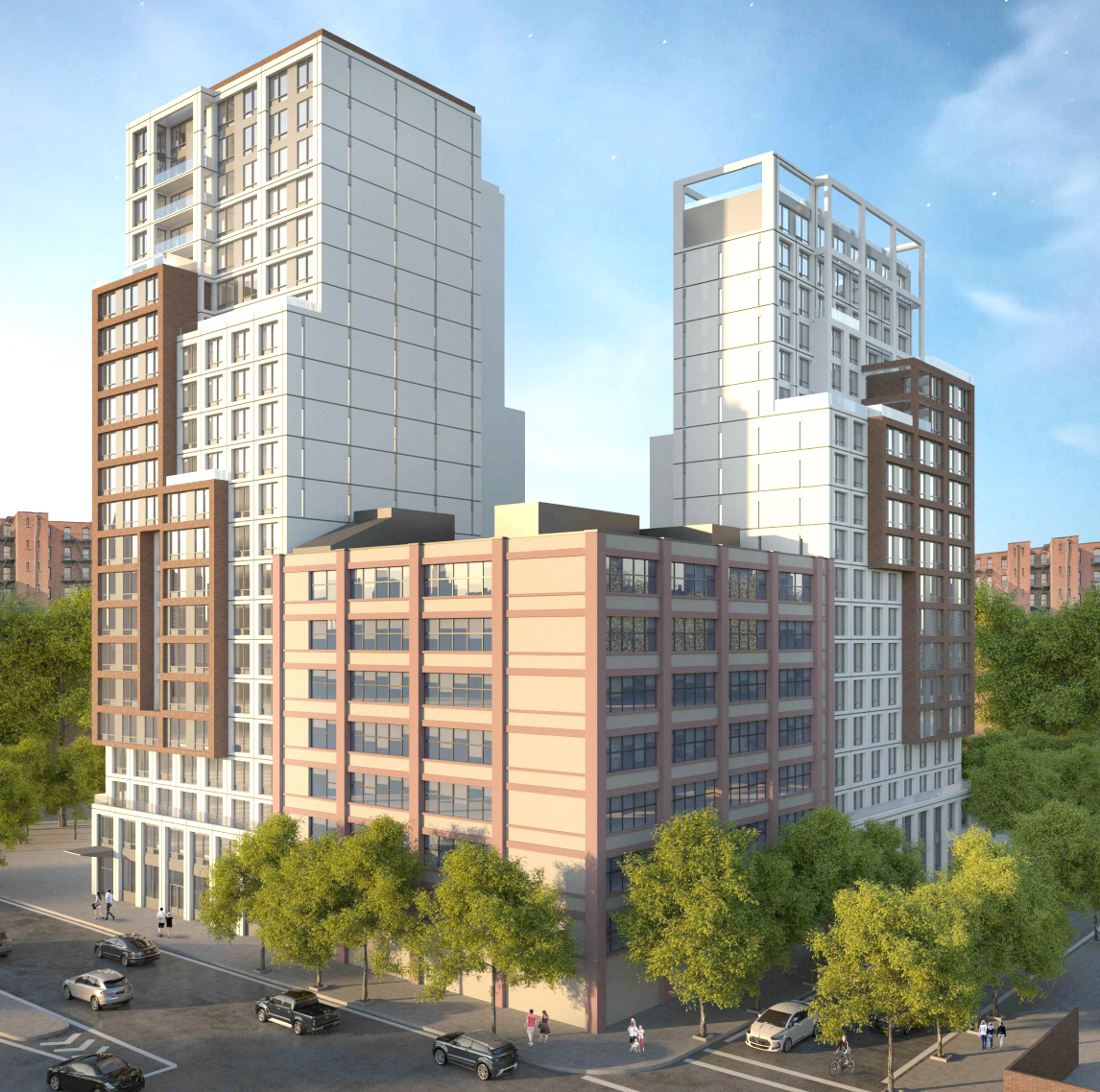 Maddd Equities and Joy Construction are planning three mixed-use residential developments in The Bronx and Brooklyn.

Jorge Madruga, of Maddd Equities, and Eli Weiss, of Joy Construction, just secured $51 million in financing from Natixis to complete the acquisition of Bronx parking lots and a Brooklyn self-storage site. The acquisitions include 77,675 s/f of paved parking along River Road at the intersection of McClellan Street in the Bronx

It will be the eventual site of two affordable housing towers which will include 172,000 s/f of residential space, ground level retail and sub-grade parking.

The second 115,000 s/f American Self Storage building at 202-208 Tillary Street in Brooklyn will continue to operate as self-storage until the new owners finalize their plans to convert it into a 235,000 s/f residential building.

That project will operate under the city’s mandatory inclusionary housing policy with 25 percent of its units to be permanently affordable.

Jorge Madruga of Maddd Equities said, “Parking lots and self-storage facilities are an often-misunderstood asset class and, as such, securing a mortgage when acquiring such properties can be challenging with the difficulty in forecasting future projections and potential uses while navigating zoning and height restrictions for future development.”

Brad Domenico of Progress Capital negotiated the financing. The interest only bridge loans will give ownership time to execute their development plans, said Domenico.