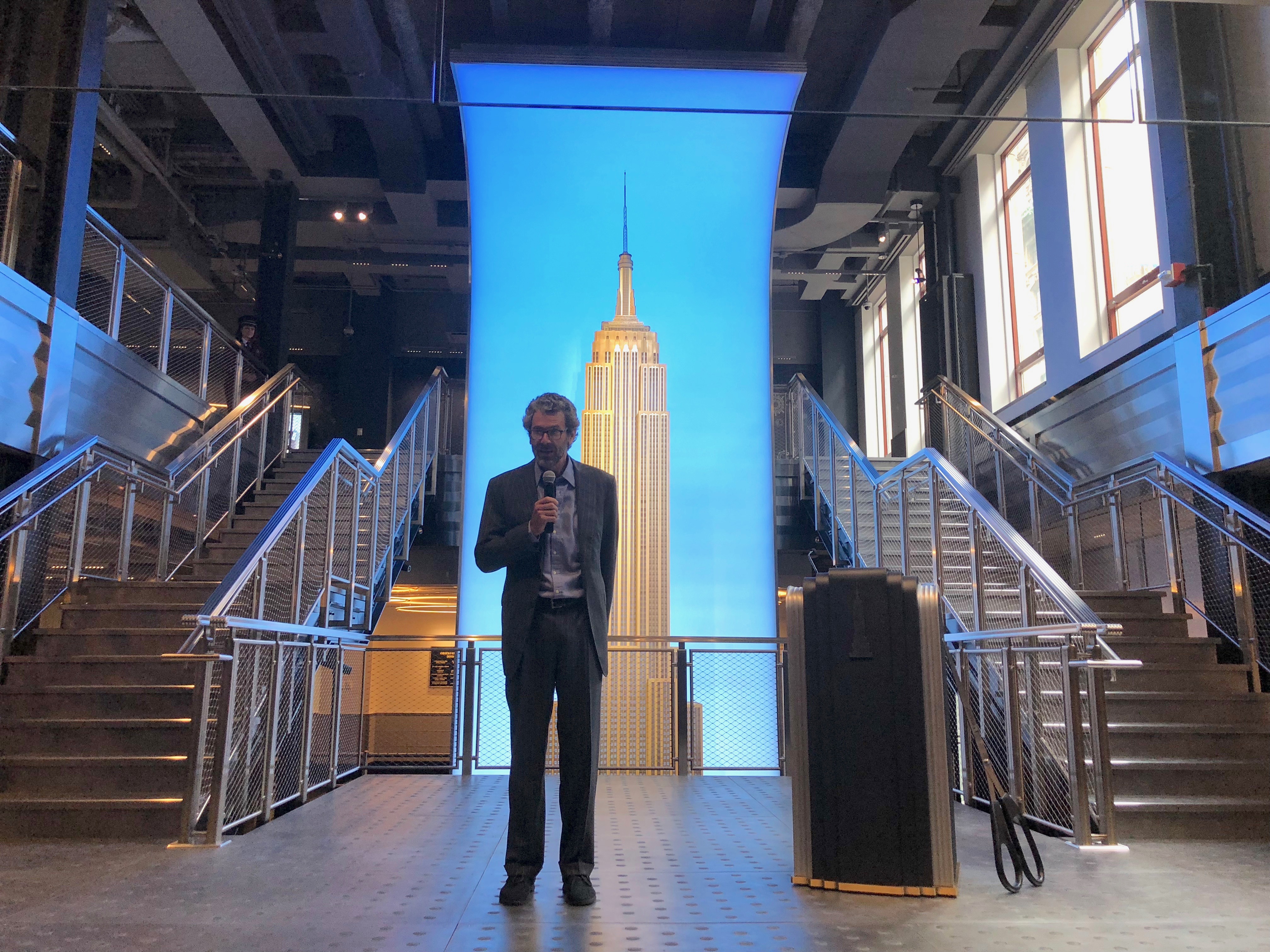 Empire State Building visitors will soon be treated to a new, more spacious and tech-savvy entrance into the iconic office tower en route to its scenic sky deck.

“The goal was to create a more memorable, more shareable and more pleasant experience for the 4.2 million visitors who come here each year,” Anthony Malkin, Chairman and CEO of Empire State Realty Trust said during a press preview on August 22.

Located on 34th Street on the northwest side of the building, the new entrance replaces a pair of large, two-story retail spaces that long sat underutilized or vacant. Skanska, which has its flagship offices on the building’s 32nd floor, was the construction manager on the project.

Outfitted with black and gray floors with silver, art deco trim pieces and industrial railing, the new entrance is part of an ongoing, $150 million project to revitalize the visitor experience at the 87-year-old building, which will include a new-look observatory by the end of next year.

Previously, all visitors had to wait in line in the narrow lobby attached to the building’s Fifth Avenue entrance, which also services the Walgreens pharmacy as well as some of the offices on higher floors.

Though attractive in its own way, with marble walls, an ornate clock and a metal rendering of the Empire State Building towering over the Northeast, Malkin said it was not always comfortable or befitting of the celebrated landmark.

“We had two attractions, the line and the view,” Malkin said. “Now we’ll have quite a bit more to offer.”

JLL oversaw the lobby renovation and has been involved in various sustainability projects at site dating back to 2011. Bob Krizman, the senior vice president who spearheaded the entrance renovation for JLL, said it has been an honor to work on such an iconic building.

“We I bring somebody onto my team, I tell them when I interview them that this is the project of a lifetime,” Krizman said. “Never again will you be able to put on a resume that you built an observatory for the Empire State Building. You’ll never have that experience again … this is a resume maker.”