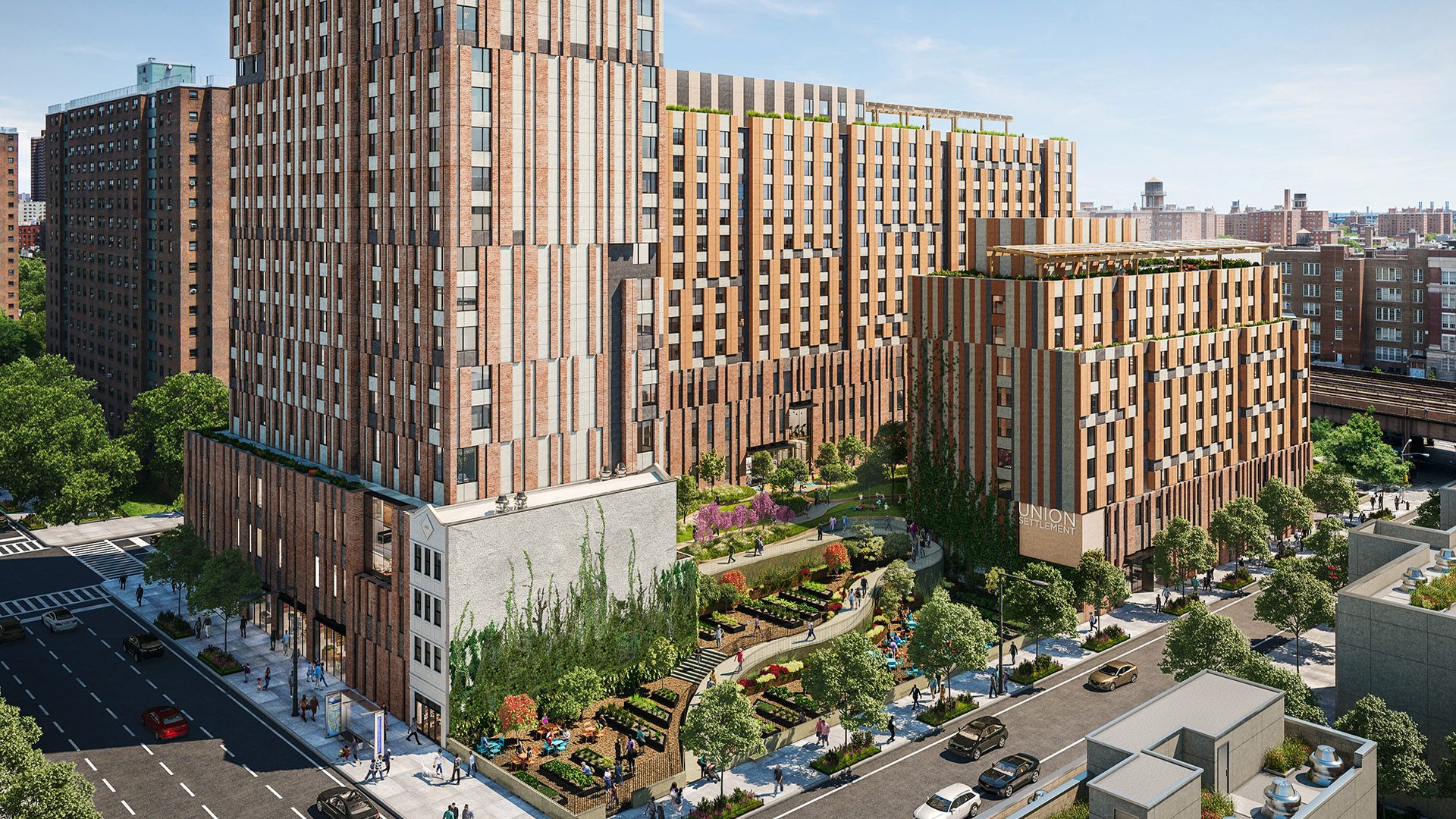 L+M Development Partners has filed plans for another building that will be part of its Sendero Verde project.
The plans, which were pre-filed on January 31, detail a 219-foot tall structure at 60 East 112th Street that accommodates 315 units. The 15-story building will be nearly 700,000 s/f, with 545,00 s/f for residential space, a 95,000 s/f community facility and 27,000 s/f set aside for commercial space, according to the filing.

This building will be part of the city-backed SustaiNYC development called Sendero Verde that encompasses the block of East 111th to 112th Streets between Madison and Park Avenues. A development team led by Jonathan Rose Companies and L+M Development Partners that includes Handel Architects and community partners, was tasked to create a mixed-use project that will become the largest passive house in the country while offering 655 affordable housing units.

According to the city, the development will include a Harlem RBI/Dream Charter school, a Union Settlement Community space, a new Harlem YMCA facility, a Mount Sinai East Harlem Community Health Center, an Urban Market and Two Boots Pizza. The project also calls for the incorporation of four existing community gardens.

The development team also filed plans in June 2018 for a 37-story mixed-use complex that will house 384 units with office and retail space on the first three floors as part of its Sendero Verde project.
L+M development Partners declined to comment on the filing.