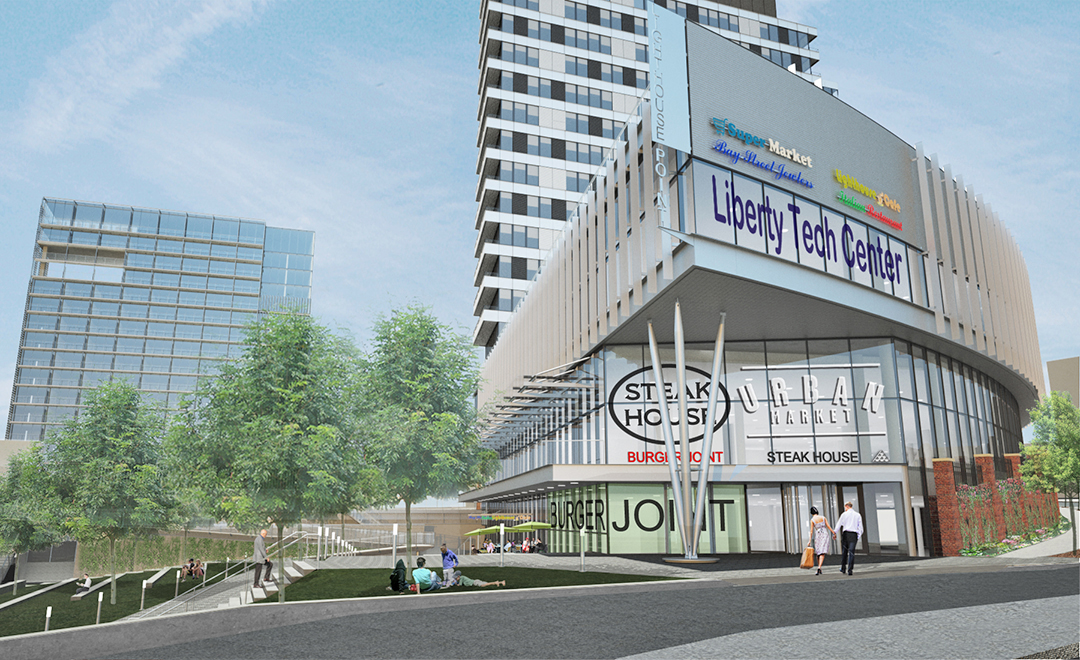 Triangle Equities has broken ground on its $200 million Lighthouse Point development on Staten Island with the signing of an anchor tenant a construction financing deal.

“We’re thrilled to have our financing in place and for all of the pieces to come together on this very complex and exciting project,” said Lester Petracca, president of Triangle Equities which is developing the mixed-use property on the St George waterfront.

As anchor tenant, Regus, a shared workspace provider, will occupy 30,000 s/f of the nearly 65,000 s/f dedicated to retail and office. Construction of the first phase of Lighthouse Point began in late 2015 and is slated for completion in 2017.

Phase I also includes the development of a 12-story residential tower with 116 rental units. There will also be over an acre of waterfront public open space and a 300-space parking garage. Following Phase I, the developer will rehabilitate and repurpose the four historic structures, the historic wall, and multiple underground vaults currently situated on the site.

The complex is listed on the National Register of Historic Places and Triangle and its team plan to incorporate the historic structures in the development of 23,000 s/f of restaurant, office and hospitality space, including a new 145,000 s/f, 175-room hotel tower.

Additional financing for the project was facilitated utilizing the Community Development Financial Institution’s New Market Tax Credit Program as authorized by the US Treasury.

Along with the New York Wheel and Empire Outlets, Lighthouse Point is a key element of the City’s ongoing effort to transform the St. George waterfront into a civic hub that will drive economic growth, create jobs, support existing waterfront amenities, and provide new waterfront uses for visitors and residents.

Designed by Cooper Carry and Garrison Architects, Lighthouse Point is being constructed by Hollister Construction Services. the project was a 2015 winner of the Public Design Commission’s Annual Awards for Excellence in Design.