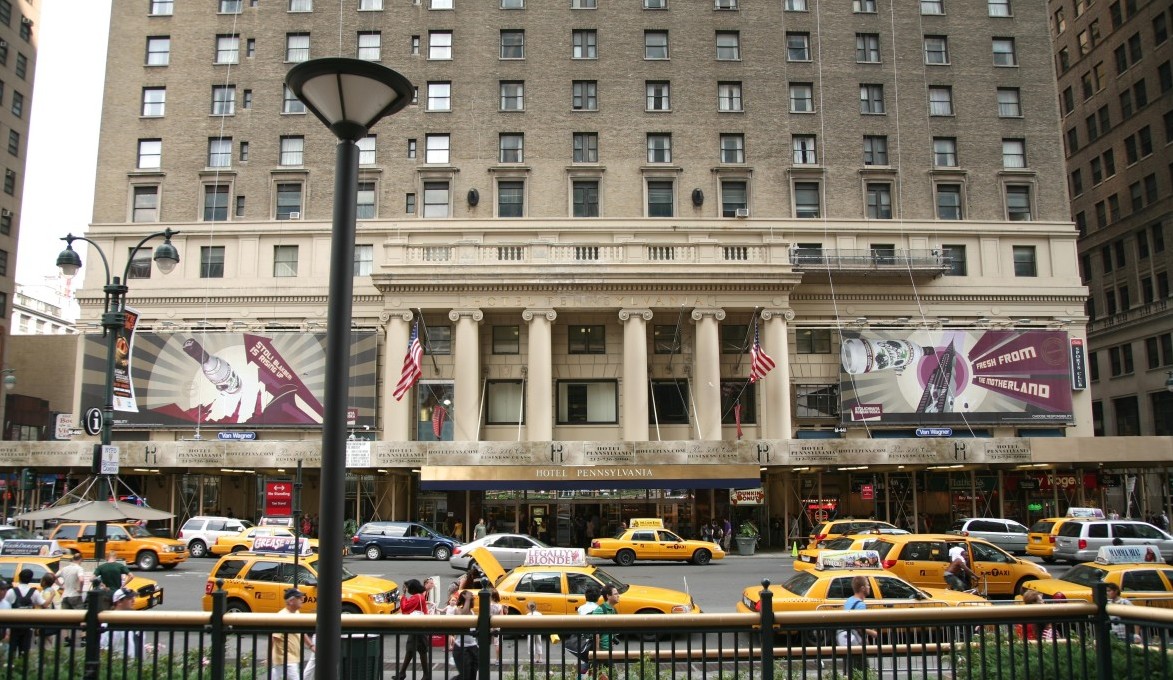 Vornado remains unsure about its plans for Hotel Pennsylvania, the famed hotel that sits near Madison Square Garden and the Empire State Building.

The building, which the company originally planned to raze to give way to a 1,216 ft. tower called 15 Penn Plaza, has been awaiting an exhaustive renovation since 2013.

Speaking during Vornados’ fourth quarter earnings call last week, Steven Roth, the company’s chairman and CEO, said that his firm has yet to decide on the property’s future because of the volatility of the hospitality market and their inability to attract an anchor tenant.

“We have not yet resolved what the right business plan is for that,” he said.

“The hotel business is soft… it’s very cyclical and very volatile and, over the years of our ownership, it’s gone up and down repeatedly. We’re in a down cycle now. So, that’s step number one. “Step number two is, is that we have not been able to land a tenant that would justify razing the building — an office tenant — and building an office building and I don’t know whether we even think that that’s likely or not. So, the answer is, the Hotel Pennsylvania’s time will come.”

The company abandoned its plans for building 15 Penn Plaza after Merrill Lynch backed out of leasing space in the tower for new trading floors in 2007.

The project inspired a lot of pushback when it was first announced. The owners of the Empire State Building, Peter Malkin and his son Anthony, said that the proposed 68-story building would ruin the city’s skyline. The Malkins called for the creation of a 17-block zone around their tower that would prohibit developers from erecting properties of a similar height.

The 15 Penn Plaza tower was expected to be just 34 feet shorter than the Empire State Building. In spite of being separated by two avenues, the buildings are only about 900 feet apart.

Community Board 5 opposed the project. However, it was approved by both the City Planning Commission and the City Council.

In 2014, Roth revived the possibility of the 15 Penn Plaza plan. During an earnings call, he said that his company was “getting very interesting, intriguing incomings as to office tenants that might want that site.”

Right now, however, Vornado is focusing on its nearby One Penn Plaza and Two Penn Plaza projects.

During the earnings call, Roth said that they plan to combine the two office towers into one 4.2 million square foot property, with the goal of boosting rents by as much as 50 percent. If the renovation of Hotel Penn ever happens, it is expected to cost $300 million.