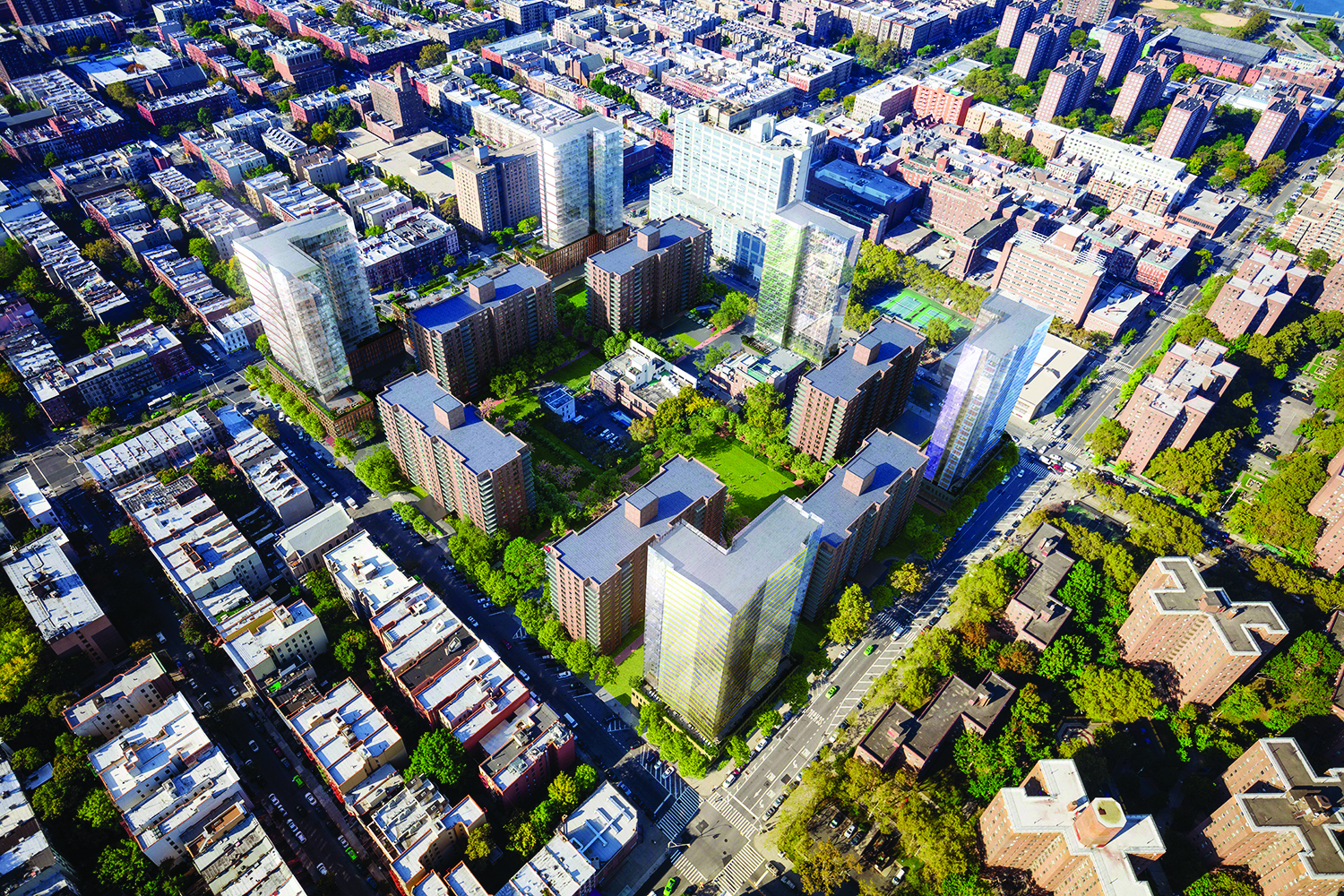 A proposal representing what would be one of the largest private investments in Harlem’s future took a significant step forward last week.

The vision for Lenox Terrace, based on a master plan conceived more than a decade ago by Harlem architect Max Bond, will transform asphalt parking lots into six acres of green space, improve existing buildings for current residents, and build approximately 1,600 units of mixed-income housing on underutilized sites.

“For more than 60 years, Lenox Terrace has been one of Harlem’s most beloved communities,” said Seth Schochet, president of The Olnick Organization, the owner and developer of Lenox Terrace.

“After many years of planning and incorporating feedback from Lenox Terrace residents, this plan ensures that an important part of Harlem’s legacy continues for generations to come.”

The project will create over 2,700 on-site construction jobs and over 300 permanent jobs.

Construction for the development is projected to begin by the fall of 2020, with an expected opening of Phase 1 in 2023.

Located between Lenox Avenue and Fifth Avenue from 132nd to 135th Streets and comprising over six square blocks, Lenox Terrace currently is home to more than 4,000 people across six buildings.

$15B in new jobs underway in New York City