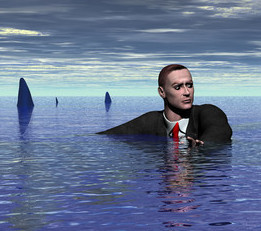 The term “slack water” has been used to describe the current market for real estate finance, and it seems about right.

It is well known that lenders pursue deals when the market hits bottom, and also as it rises. On the down slope, however, deal flow dries up and lenders hold their capital on the sidelines for a more opportune time.

That is where we are as 2017 moves toward a close: in a pause, waiting for the reset.

EB5 clearly has the potential to bridge the current financing gap. However, reforms have been in discussion for two years and Congress continues to postpone long-term renewal of the program, creating uncertainty.

While seasoned developers continue to pursue this form of funding, it will not be a viable option for most until Congress brings stability to the platform.

In the past two years, as traditional banks have stood back from the market, non-bank lenders such as Blackstone and Starwood have provided a valuable source of capital.

However, these lenders have actually revealed a conservative approach, selling portions of their loans to third parties and also to some traditional banks. In fact, while traditional banks are seen as avoiding the market in the past several years, some may be more exposed than many think given that they have lent to funds and trusts that in turn lend to developers.

Most real estate lenders are evaluating the current market – including market supply in both the commercial and residential sectors – and are adjusting their risk profiles as appropriate.

As New York City continues to work through the availability of new commercial office product in Lower Manhattan and in Hudson Yards, many are analyzing the number of big tenants in the market and the effect of downsizing and relocation within Manhattan.

Meanwhile, rental residential vacancies, while still near historic lows, have ticked up slightly. And while most remain bearish on retail, industrial continues to attract significant momentum – a trend that likely will continue.

All these factors contribute to lending decisions and trends. However, at the most basic level, lenders are selling deals at par right now, and we will not see an uptick in activity until deals are going for less than par. No one knows when we will hit the bottom of the market, and see a jump in activity as deals begin to sell at a discount.

As a result, the pace of lending is likely to remain sluggish in the near future. Lenders and buyers are using this time to assess the market, and to position themselves for swift action when momentum shifts.

Real estate is always cyclical, and we there is certain to be significant action as soon as the cycle turns again.

Eric S. Orenstein is a member of Rosenberg & Estis, P.C.