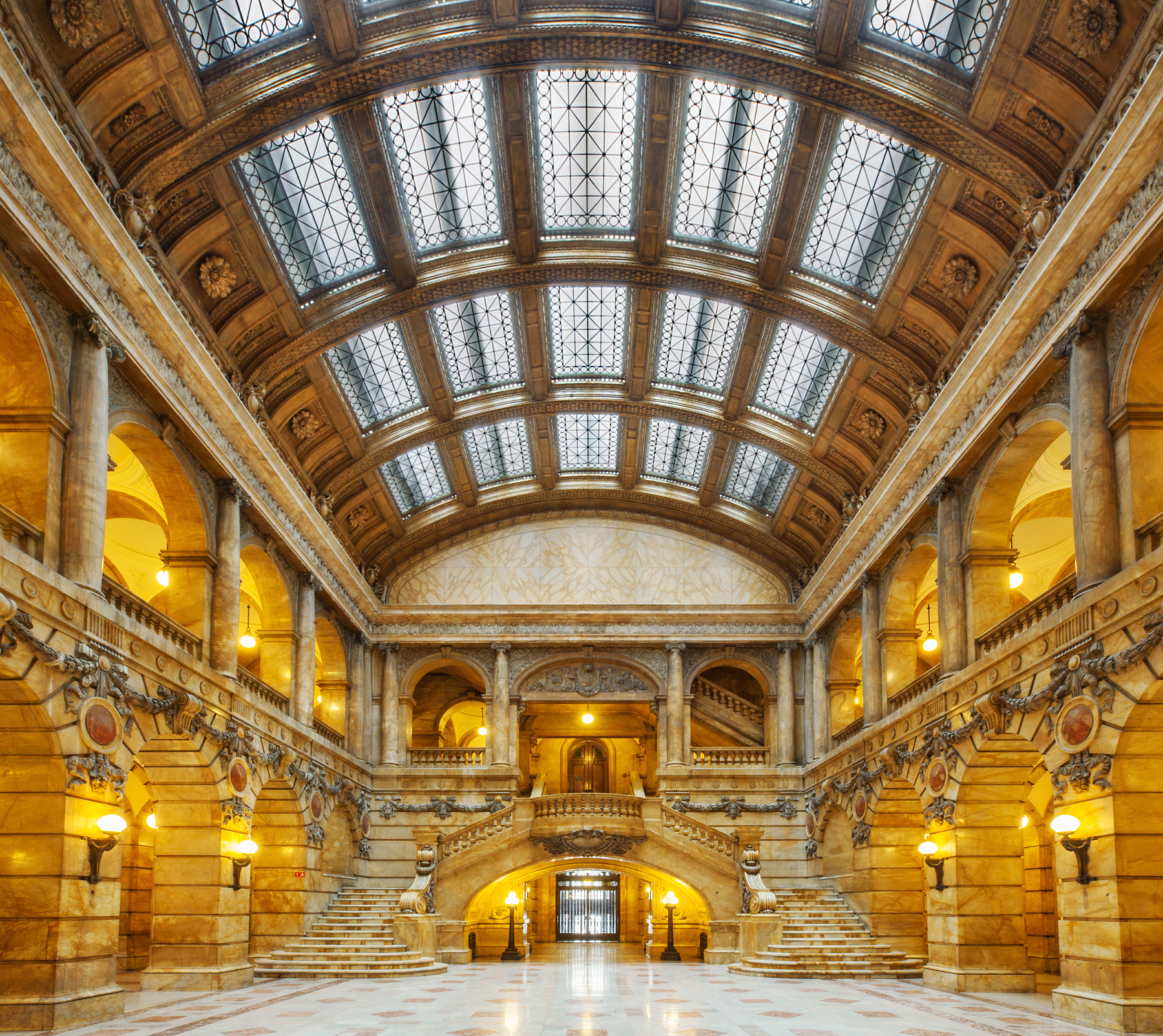 The replacement and restoration of the historic skylight within the landmark Manhattan Surrogate’s Courthouse has received a 2020 Lucy G. Moses Preservation Award from the New York Landmarks Conservancy.

The Lucy G. Moses Awards are the New York Landmarks Conservancy’s highest honors for preservation excellence. The award will be bestowed upon the project team on September 23, 2020, during the 30th Anniversary Lucy G. Moses Preservation Awards Gala to be held at The Cathedral Church of Saint John the Divine in Manhattan.

Completed in 1907, the Beaux-Arts structure encompasses an entire block in downtown Manhattan, bounded by Chambers, Centre, Reade, and Elk Streets. The interior and exterior are both New York City Landmarks.

The building was also placed on the National Register of Historic Places in 1972 and designated a National Historic Landmark in 1977.

The building holds the city’s municipal archives and features ornate courtrooms for New York County’s Surrogate’s Court on the fifth floor.
R. Thomas, one of the United States’ most sought after architects of public edifices in his day, designed the seven-story building. Thomas considered this building his masterpiece.

The opulent three-story atrium features a 40 foot by 60 foot skylight that soars overhead.

While many of the courtyard’s sumptuous finishes were imported from Europe, the skylight was fabricated just a couple of dozen blocks north of the building itself, in Chelsea.

The monumental atrium space features an extraordinary double staircase of Tuscan marble imported from Siena, which leads to upper-level balconies.

The walls and columns are lined with matching Siena marble, with blood-red marble roundels and elaborate carvings that include garlands of fruit and foliage.

Mosaic murals by William DeLeftwich Dodge feature the signs of the zodiac.

For the floor, the original architect chose pink marble from Tennessee and blue marble from Belgium, laid out in geometric patterns.

When it was built, this atrium was the grandest, most expensive, and most controversial – due to the cost and opulence – part of the building.

Based on Urbahn’s design, the renovation team removed the entire outer monitor system and replaced it with a new copper-anodized aluminum frame to emulate the original copper frame cladding.

The team oversaw the fabrication of a new aluminum frame to hold the glass panels. Several new copper elements were fabricated to match the originals.

For the laylight, Urbahn and JBC developed a procedure that called for removing the glass panels to facilitate the restoration of the leading that holds the glass in place, as well as provision of new glass to replace missing or broken panes.

The bronze cladding was stripped of all coatings, cleaned, and refinished in situ.

The design team addressed the inherent vulnerability of the glass block walkway to water infiltration by designing a new protective assembly, including laminated glass protecting the glass blocks, with new durable aluminum panels as a walking surface, all within a new metal frame system.

Although the skylight first began to leak in the 1990s, rehabilitation was postponed because of the near constant use of the building.

In addition to its municipal use, the building hosts major public and private events and is rented out as a film set.