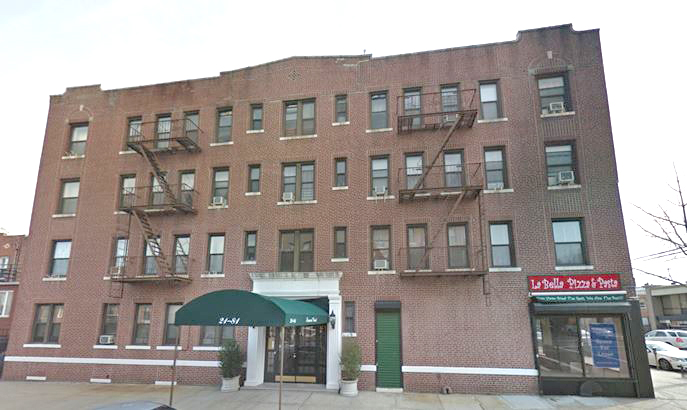 The team was responsible for procuring the new 90 percent institutional joint venture equity partner in addition to securing the new construction financing of $44 million with M&T Bank.

The center will be situated on a 19-acre site within a larger 114-acre mixed use development, which once completed, will include 119 residential units and 200,000 s/f of medical and office space in addition to the retail center.

Dunne commented: “Chappaqua Crossing provided a highly unique opportunity to acquire the majority interest in a Whole Foods anchored development in the high barriers to entry Westchester County market. With its grocery anchor and complementary tenant mix, Chappaqua Crossing will provide a highly coveted amenity for nearby residents and will be the largest shopping center and provide the only full-size grocer within approximately four miles.”

This is the third time in five years that Rosewood’s Aaron Jungreis has sold these buildings. The buyer was Queens investor Karan Singh.

According to Jungreis, the buildings have climbed in value in just four years. RockFarmer Properties, formerly known as RockFarmer Capital, purchased them in 2013 for $32 million and then sold them to Kushner for $51 million in January 2015.

Kushner put the buildings on the market last fall for $85 million.

“The buildings were very well maintained and still have some upside which will allow the new owner to further increase the properties value,” said Jungreis.

About 60 percent of the portfolio’s  apartments are free-market. Kushner Companies reportedly invested about $10 million in the buildings over the past two years. Kushner’s profit from the sale of the buildings is estimated to be in the neighborhood of $15 million. They were the only Queens properties owned to date by Kushner Company.

The buildings, which were all built around 1927, sold for 14.5 times the current rent rolls and for a cap rate of 5.2 percent.

Dalzell Capital has former a joint venture with Legacy Investing in a $24 million deal to acquire two luxury residential properties.

The properties will be upgraded and rebranded as Residences by Lillian August as part of Dalzell Capital’s initial foray into a branded apartment platform with Dan Weiss, CEO the Lillian August design firm.

“I am proud to be working with Legacy and Lillian August to launch Residences by Lillian August. Our goals are simple. We want our properties to set the standard for service, quality and elegance in their respective markets, and we want to grow the brand and portfolio prudently in markets with above average employment growth and community investment,” said Dalzell.

“It also provides a much larger opportunity to capture the accelerating growth of households transitioning from home-ownership to renting,ˮ he added.

Belden Square consists of two buildings with 24 newly-constructed Class-A apartments. The one-time North AMerican headquarters of Virgin Atlantic, it was repositioned in 2016 by its former owner, Greenfield Partners and Summit Development.

Adrian Langsner-Smilovici and Rae Brown of Delta Commercial Real Estate brokered the $13 million sale of the property, which is comprised of three lots and six buildings with boundaries on 56th and 58th Street, Rust Street, Maurice Avenue and Maspeth Avenue.

The site offers a total of 107,000 buildable square feet in an M-1 light industrial, mixed use zone. The company’s plans for developing the site were not disclosed.

Langsner-Smilovici and Brown represented both the buyer and the seller, Dr. Leroy J. Essig. “The area is a geographical hub for industrial, warehouse and distribution properties, with proximity to all major highways, great visibility and access to the Q39 bus,” said Langsner-Smilovici.