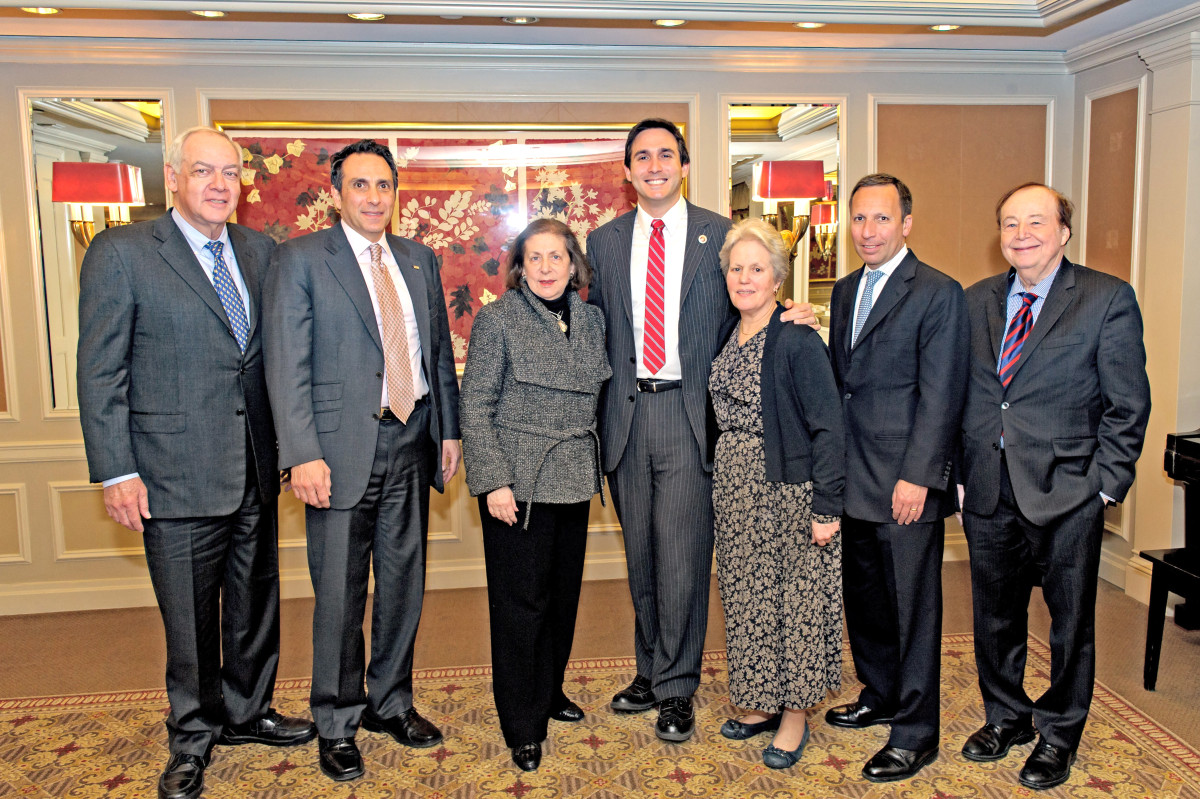 Kallos is among the leaders of a residential re-zoning plan for the Manhattan area between 52nd Street and 59th Street, east of 1st Avenue, to limit the height of so-called supertowers and prevent over-development in the neighborhood.

“We are drawing a line on the march of superscrapers at billionaireʼs row to protect our cityʼs residential neighborhoods,ˮ said Kallos when the plan was announced earlier this year.

Its development opposition was ignited, in part, by a plan by the Bauhouse Group to build a 68-story tower in Sutton Place at 426-432

East 58th Street. The project, called 3 Sutton Place, would go on even if a rezoning happens because work is already underway on the site.

However, the East River Fifties Alliance are pressing ahead with their rezoning plan, which was submitted to the Department of City Planning. The proposal, which is meant to replace the area’s R10 zoning designation, imposes a building limit of 260 feet, which comes to about 25 stories.
Currently, the zoning in the area imposes no height restrictions. The plan also included an affordable housing requirement, with at least 25 percent of units in new residential developments set aside for affordable housing.

“Our ‘people’s plan’ is one of the largest and most comprehensive re-zoning proposals put together by a community in the City’s history. It’s also the first plan of its kind to include affordable housing as a component. We’ve worked hard to create a plan that will not only maintain the character of our own neighborhood, but will potentially serve as a template for other communities too,” said Alan Kersh, the president of the ERFA.

Speaking at B’Nai Brith, Kallos pointed to other super-talls in the city, including 432 Park, 53 West 53rd Street, One57 and JDS Development Group’s 111 West 57th Street.

Kallos said he will continue to campaign against the super-talls and thatnked B’Nai B’rtih for giving him the opportunity to express his opinion.

“The latest generation of tall, slender and mostly residential towers positively contributes to our city architecturally, economically and environmentally,ˮ said John Banks, president of the Board.

“These new additions to our skyline signal across the globe a city ascendant. They symbolize an urban environment that is vibrant and exciting. We are confident that over time, the latest generation of towers — like their predecessors — will become beloved members of our skyline.ˮ

The comments came following the release of a Municipal Arts Society of New York (MAS) report calling for revisions to the city’s building codes earlier this week.