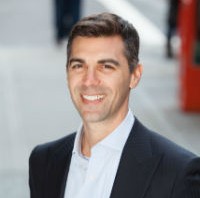 In 2010 Jody Kriss, a real estate developer, filed a lawsuit against his former partner at Bayrock Group, a development company.

That suit contained information the government considered a secret and, in the words of one New York Times report, was “hurled into secretive chaos.” Now, four years later, Kriss’ wide-reaching allegations of conspiracy and fraud may soon have their day in open court.

That second “et al.” encompasses many names. They include several well-regarded law firms, Tevfik Arif and Tamir and Alix Sapir. The CIM Group, iStar Financial and Donald and Ivanka Trump are named as defendants as well. The summons does not, however, claim that they are liable for damages, and the Trumps and CIM have been removed from the court docket.

The case is known as Kriss II, to distinguish it from the Kriss v. Bayrock from 2010, which is still under seal.

It is proceeding in federal court, even though this kind of civil fraud lawsuit would usually happen in state court. The reason is the involvement of Felix Sater, the man whose complex life story is at the heart of the controversy.

In 1998, years before they started their real estate career, Sater and Salvatore Laruia, also a defendant in the Bayrock suit, pled guilty to defrauding investors of $40 million in a stock scam after signing cooperation agreements with the United States government. Until recently, their convictions and co-operator agreements were under government seal.
Sater in particular “provided extraordinary assistance to the federal government for over a decade,” according to a June letter in which his lawyers argued to keep the case in federal court.

During that decade, in 2002, Bayrock was formed. Arif, Sater and Kriss all became affiliated with the company that year.

Arif had worked for the Ministry of Commerce and Trade in the former Soviet Union for 17 years before moving on to build hotels in Turkey, according to a 2007 profile in Real Estate Weekly.

Kriss, the youngest of the three, had graduated from the University of Pennsylvania five years before and gained New York City development experience with the Athena Group.

And Sater was a former racketeer and current secret government informant, making what seems to be his first foray into real estate.

The ownership structure of the company is obscure even by the standards of real estate LLC’s, and this may not be a coincidence. By law, the offering documents for a condominium – such as the Trump SoHo, which Bayrock built with the Sapirs – must list the felony convictions of the principals of the company that sponsored the development.

But in this company, it’s not clear who is a principal and who is an employee.

Kriss and his lawyers have filed a number of other suits against Sater and the government over the years. They have alleged that Sater’s original victims in the 1990’s were denied proper restitution, and that he took “loans” from Bayrock in lieu of payment that were never taxed, let alone repaid.

In response, Lauria recently filed a lawsuit against Kriss that claims Kriss and his father, who is a lawyer, were complicit in the shady doings at Bayrock right from the beginning, and his $1 billion lawsuit is an attempt at extortion.

It is not yet clear how the various parties named in Kriss’ lawsuit fit into this story, or what Judge Schofield will make of the flying accusations. But many in the real estate community are waiting to find out.