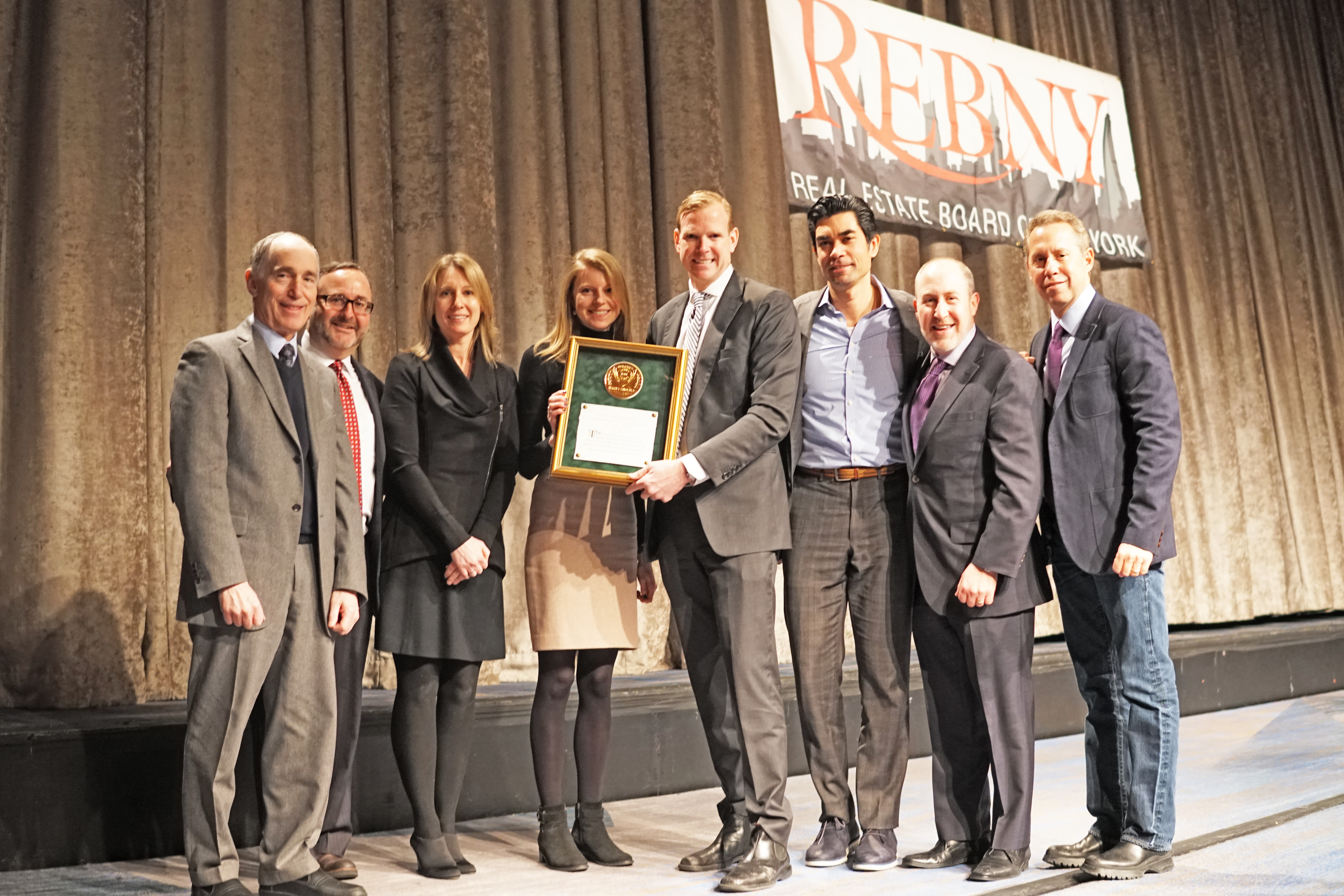 Jones Lang LaSalle’s (JLL) Hayley Shoener has been selected as the 2016 winner of the Real Estate Board of New York’s (REBNY) Most Promising Commercial Salesperson of the Year (Rookie) Award.

The annual honor was announced by the Commercial Brokerage Board of Directors at the REBNY Members’ Luncheon, which featured an interview with Nadeem Meghji, senior managing director and head of real estate americas at Blackstone, moderated by James D. Kuhn, president of Newmark Grubb Knight Frank.
For the first time this year, the award winner will be granted a one-year term on REBNY’s Commercial Brokerage Board of Directors.

Shoener will also receive a one-year seat on REBNY’s Board of Governors and will become a lifetime member of REBNY’s Circle of Winners, which meets four times a year for a private dinner with top industry leaders.

The runners up for the 2016 Most Promising Commercial Salesperson of the Year Award were: Andrew Sasson of Eastern Consolidated, Christie Bennet of Newmark Grubb Knight Frank, Christine Colley of Cushman & Wakefield, Emily Jones of CBRE, and Kyle DeBussey of Colliers International.

Candidates for the award must be current REBNY members with less than five years of industry experience, display leadership and team work qualities, and have made significant contributions to their firm’s success.

“Hayley’s dedication to her team and clients — who speak highly of her performance, teamwork, and market knowledge — demonstrates the caliber of professionalism that our members bring to the table in their service to clients and the community,” said John Banks, REBNY president. “We commend her and JLL on this achievement and congratulate all the nominees on their exceptional performance and bright futures in our industry.” Peter Riguardi, JLL’s president of the New York Tri-State Region, said, “We are continually impressed with Hayley’s performance and willingness to go above and beyond for both clients and colleagues alike. JLL relies on her acumen and has confidence in her ability to represent the firm in any setting.”