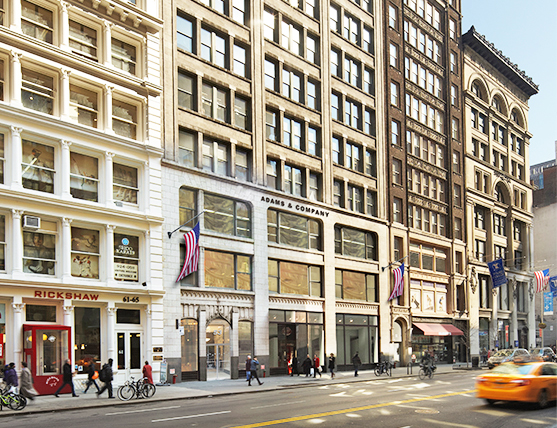 Tiffany & Company is opening a new office in the Flatiron District.

The deal for space on 23rd Street is among a slew of Midtown South leases completed by Adams & Co. Real Estate totaling 50,631 s/f.

Jim Buslik, Alan Bonett and Bradley Cohn of Adams & Co. represented the landlord, Twenty Three R.P. Associates, in the leases at 49 and 53 West 23rd Street, between Fifth and Sixth Avenues.

“These 23rd Street properties benefit from a superb location in the heart of New York City and boast modern features, like a newly renovated lobby, modernized elevators and an updated state-of-the-art security system. The updates the landlord made at these buildings attracted Tiffany & Co. and 4K Media and also helped lease a total of 120,000 square feet at the properties over the past 12 months,” said Buslik, a principal at Adams & Co.

“Additionally, the vast amount of nearby transit options will make it easy for Tiffany’s employees to travel up to its flagship store on Fifth Avenue and 57th Street; the corporate HQ is also only a short walk away. For 4K Media, it was important for its headquarters to be near similar companies and in close proximity to mass transit options that grant easy access to the area’s international airports.”