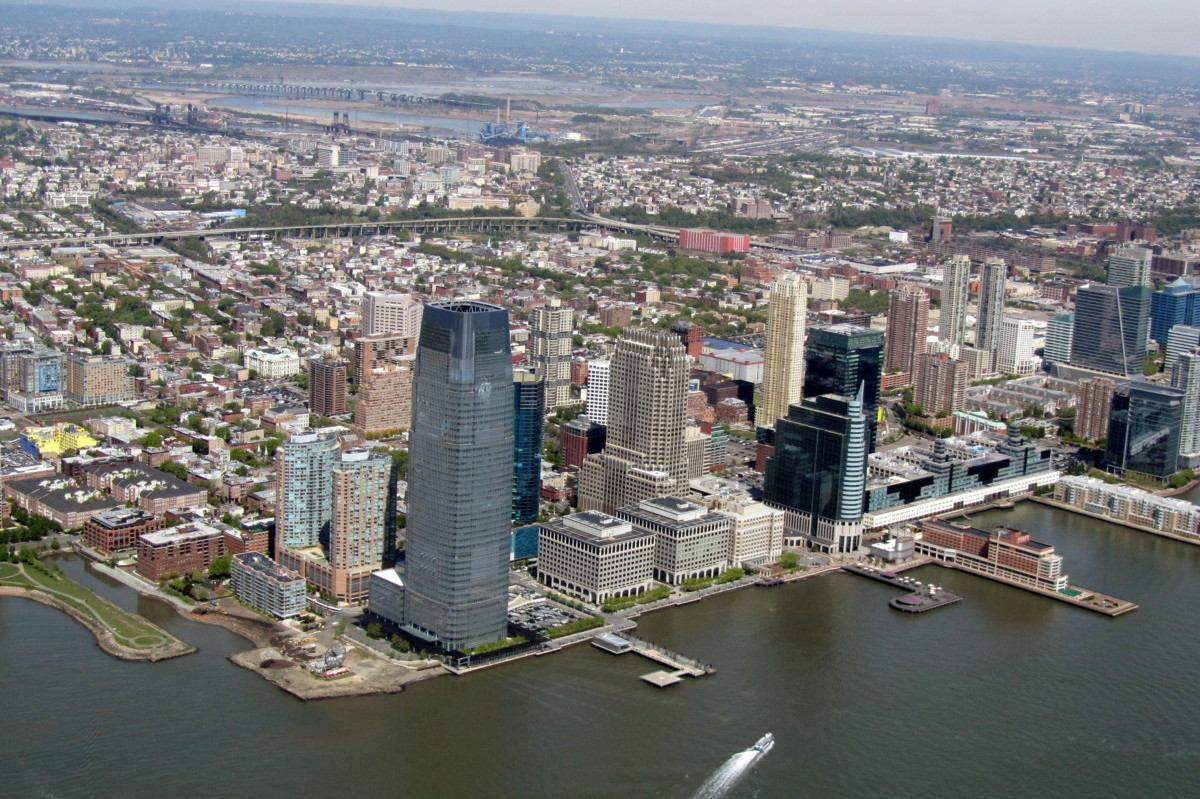 Feeling cramped in a New York City apartment? You may want to cross the Hudson River and relocate to Jersey City.

Jersey City, which is a hop and skip of a train ride away from New York City, is becoming an attractive landing site for Manhattan and Brooklyn defectors. According to the 2014 census, the area population was at 262,290 new in 2015. That amounts to a 6.7 percent jump compared to the population in 2010. The spike in the headcount amounts to the largest in the New Jersey over that time period, making the Jersey City the second most populous area in the state.

While more affordable rent is always attractive to would-be residents, another selling point may be in play. According to a recent survey from real estate listing website RENTCafe, Jersey City ranks third in the country for having the biggest average apartment size. The area was behind Atlanta, Georgia and was tied with Plano, Texas.

Jersey City’s numbers were buoyed by certain apartment types. It was tied for fourth in having the biggest studios in the country. The average studio size in the area was 570 s/f, the same as in Atlanta. The biggest studios were in Norfolk, Virginia (591 s/f), Irvine, California (586 s/f) and Plano (578 s/f). The area also ranked second in terms of the average size of two-bedroom apartments. Jersey City units were at 1,097 s/f, just behind Atlanta’s 1,125 s/f.

Jersey City’s growing apartments countered the national trend. The average size of new apartments across the country was reduced to 934 s/f. That’s eight percent smaller than the average from 2006. “We were able to examine and track the changes in US apartment size in buildings with at least 50 units over the last decade. While all property types have seen significant drops in size, studios have seen the steepest decline. Studio apartments built in 2006 averaged 614 sq. ft. – a decade later, studios are getting more cramped with an average size of 504 sq. ft,” the report read.

Perhaps the clearest evidence that apartments are shrinking all across the country is RENTCafe’s finding that New York City isn’t even in the 20 worst cities in terms of apartment sizes. The bottom three positions went to Tucson, Arizona, El Paso, Texas and Buffalo, New York.

Nonetheless, Jersey City’s most attractive qualities appear more clearly when compared to New York City. According to Ted Reyes, a resident of downtown Jersey City, he decided to move to the area because he got more space for less money.

“Space is perhaps the most significant factor in my decision to move to Jersey City. A one-bedroom first class condo unit here with full amenities and parking is in the low $2000s. That kind of rent in the city would only get you a studio that’s slightly bigger than a telephone booth,” he said.

Reyes, who works as a producer for MTV Networks, lives in an 800 s/f, one-bedroom apartment. He calls the area “an amazing city” that has managed to hold on to its “multi-cultural roots” in spite of gentrification.

According to Marc Brenner, the managing director of Nest Seekers International’s Jersey City office, Reyes story isn’t terribly unique. “We are seeing more and more families wanting to stay in Jersey City. That is driving the demand for larger homes. Larger homes are allowing families an amazing urban quality of life,” he said.

“By having the larger square footage available, families are more inclined to stay and can enjoy all the amenities the city has to offer.  From the beautiful promenade on the water with incredible NYC views that lead from Jersey City all the way into Edgewater where you can ride bikes, run, have lunch and enjoy multiple parks with magnificent views. Exciting new restaurants and shopping are truly making Jersey City and extension of NYC and residents are realizing value and growth potential in Jersey City.”

Brenner said that he has seen a “substantial increase” in the square footage of apartments in the area since 2000. He estimates that prices go as high as $1,300 per s/f depending on location and amenities.

New residents have a wealth of options for shelter. Jersey City is nursing a building boom, registering the highest number of residential permits in the state in 2015. The pace of construction has resulted in changes to the city’s views. A 79-story building, called 99 Hudson, broke ground earlier this year. Once it’s built, the 900-foot tall building is expected to become the tallest in the area, surpassing the Goldman Sachs tower at 30 Hudson Street.

In an interview with NorthJersey.com, Jersey City Mayor Steven Fulop estimated that there are 7,000 housing units being built in the area right now. Since 2013, almost 8,000 units have also been completed. Fulop added that all the activity would make the area the biggest in the state, passing Newark.

However, even if newcomers flood in, old timers like Reyes are not going anywhere. “I am staying in Jersey City indefinitely. It’s amazing here. The PATH system and ferry lines take me to work within 15 minutes. I have all the conveniences of NYC without paying NYC rent.”