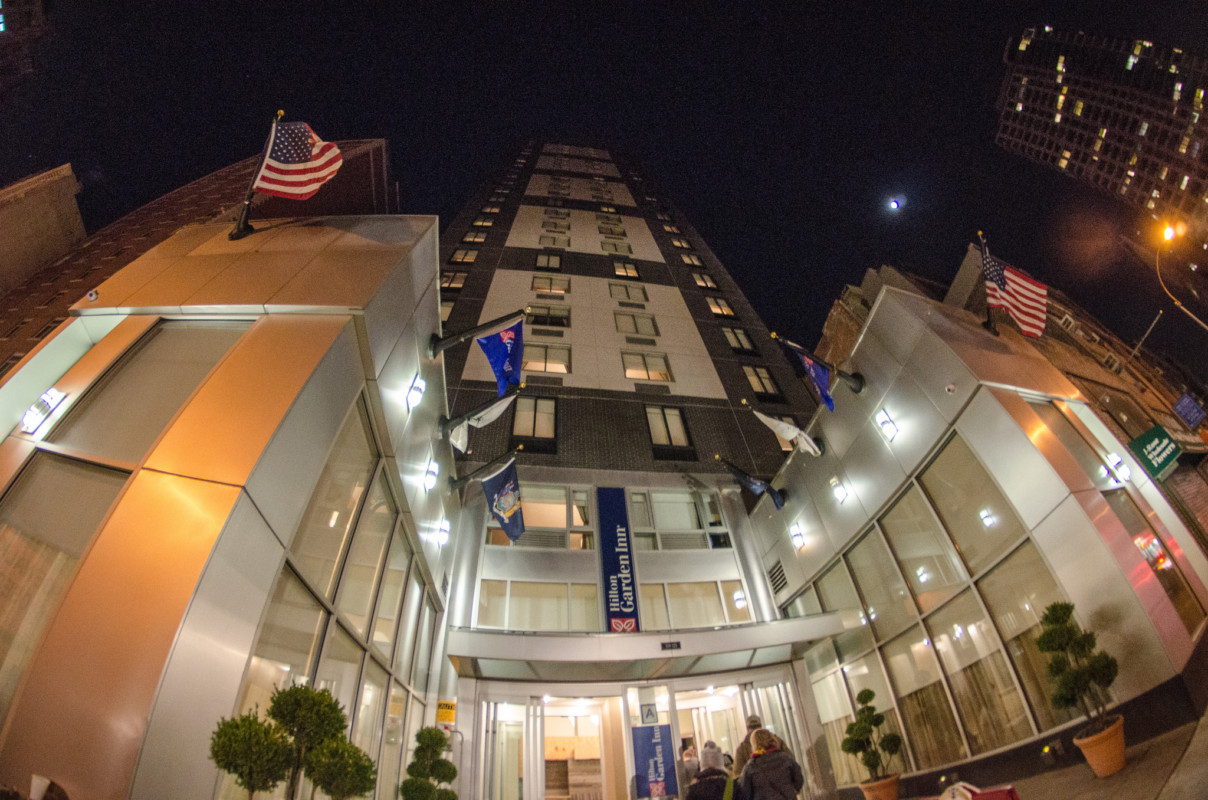 Architect Gene Kaufman has been called everything from “nefarious” to the “baron of bland.” However, while the press continues to come up with snappy adjectives, his firm has been hard at work, enough that they now have a hand in a significant portion of the city’s hospitality inventory.

With the opening of the 182-room EVEN Hotel in Downtown Brooklyn, Gene Kaufman Architects now accounts for almost ten percent of the city’s 110,000 hotel rooms. EVEN is GKA’s 50th hotel in the city, boosting its portfolio to 10,300 rooms. GKA’s share in the city’s inventory is larger when the starting point is 2003, the year the firm’s first hotel project opened in Chelsea. GKA is involved in 26 percent of the hotel rooms added to the city’s supply since that year.

Kaufman has long cultivated a reputation as one of the New York City’s most prolific architects. However, even he was unclear how much he’s influenced the city’s hospitality industry.

“I was a little surprised to find out that we even represented our 50th hotel that was opening. We had a list of projects. We didn’t put a number on them. We weren’t counting. So when somebody asked, it was sort of a fluke that we found out,” he said.

GKA’s hospitality projects, which are divided between Manhattan (44 hotels), Brooklyn (five hotels) and Queens (one hotel), amounts to more than four million square feet. The firm’s projects range in size from the 45-room boutique Duane Street Hotel at 130 Duane Street to the 489-room Holiday Inn at 99 Washington Street. It also includes the 50-story Holiday Inn in the Financial District and the Viceroy Hotel on 57th Street.

“I think clients and developers want to work with somebody who’s got a proven track record. And so I think that they see that projects have been successful, that they’ve been delivered on time. This is what happens, it’s like old adage, ‘If you want something done, give it to a busy person.’ Because we’re busy, and they see that we’re busy in a good way, people are seeing that we have that capability,” Kaufman said.

However, it is his busy schedule that has critics coming up with one-liners.

Kaufman admits that the jabs sting. However, he claims the criticism is based on bloated expectations that don’t take into account the realities of developing a project.

“Of course, I care. I don’t think anybody likes to be criticized. But on the other hand, it’s often said that if you’re not getting criticism, you’re not trying hard enough,” he said.

He said that the ridicule has sometimes gone too far, to the point that he’s been accused of churning out designs without care or effort. When asked what been his most unfair criticism, he said: “I would say the idea that we don’t care about how the building turns out. Even if people don’t like it, I think that care has been put into it given the constraints that are there… Not every project is meant to be a monument. A mid-level hotel is not a monument type of building.”

Kaufman’s career trajectory has been intertwined with that of Sam Chang, one of the city’s most prolific hoteliers. Chang, who heads McSam Hotel Group, has developed 27 of GKA’s projects.

“The relationship is extremely close. He’s in our office one day a week every week for the past 16 or 17 years now. It started in 2000. I know his thinking and he knows mine. And we’re able to mesh extremely well. And we’ve been able to provide for him what he wants year after year,” Kaufman said.
Kaufman attributed the long-standing partnership to his ability to empathize with Chang’s concerns.

“I’ve been told that I think like a developer. I don’t know if that’s true. But I think that I know how developers, and in this case, Sam Chang, think,” he said. “Architects are sometimes criticized for over-designing or designing monuments for themselves and making things that are impractical and expensive. We want to do a nice building as much as the next person. But we don’t want to go down one of those paths. We want the project to be successful, which means it has to be successful financially as a business venture.”

The mutualistic relationship is unlikely to crack anytime soon. Because of this, Kaufman’s share of the city’s hotel inventory is set to expand quickly. His firm has 26 hotels in its pipeline, including major McSam projects such as a 612-room Hilton Doubletree at 350 West 40th Street and a 566-room joint Marriott SpringHill Suites and Fairfield Inn at 338 West 36th Street.

Whole Foods to open at Macklowe’s One Wall Street