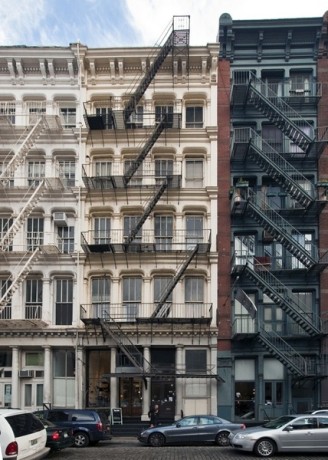 Javeri Capital has bought the commercial building 10 Greene Street for $14.45 million. The deal is the latest in a flurry of investment sales on SoHo’s southern fringe, as the neighborhood’s retail boom spreads.

Javeri bought the five-story, 12,500 s/f building from an unnamed family owner. Michael Ferrara of Highcap Group represented both parties. The building is vacant or leased month-to-month with the exception of the ground-floor retail space, which is occupied by clothing store The Real McCoy’s.

Southern SoHo has seen increased interest from investors recently, driven by rising retail and office rents. Javeri Capital is among the most active investors in the neighborhood. The firm already owns 23-25 Greene Street and the retail condos at 20-26 Greene Street on the same block, having bought the latter for $9.9 million in late 2013.

Across the street from 10 Greene Street, a joint venture between Colt Equities and Ruby Ventures is developing a 30-unit rental building with ground-floor retail space at 11 Greene Street.

Javeri Capital’s principal Atit Javeri said the firm hasn’t decided on what to do with the new property. “We’re still working with our architect to explore our options, but the vacancy lends to a lot of possibilities,” he told Real Estate Weekly. “The building is a classic cast iron loft that makes a perfect addition to our existing portfolio on the block. This fit and the continued growth of the SoHo retail market made this an opportunity we couldn’t pass up on.”