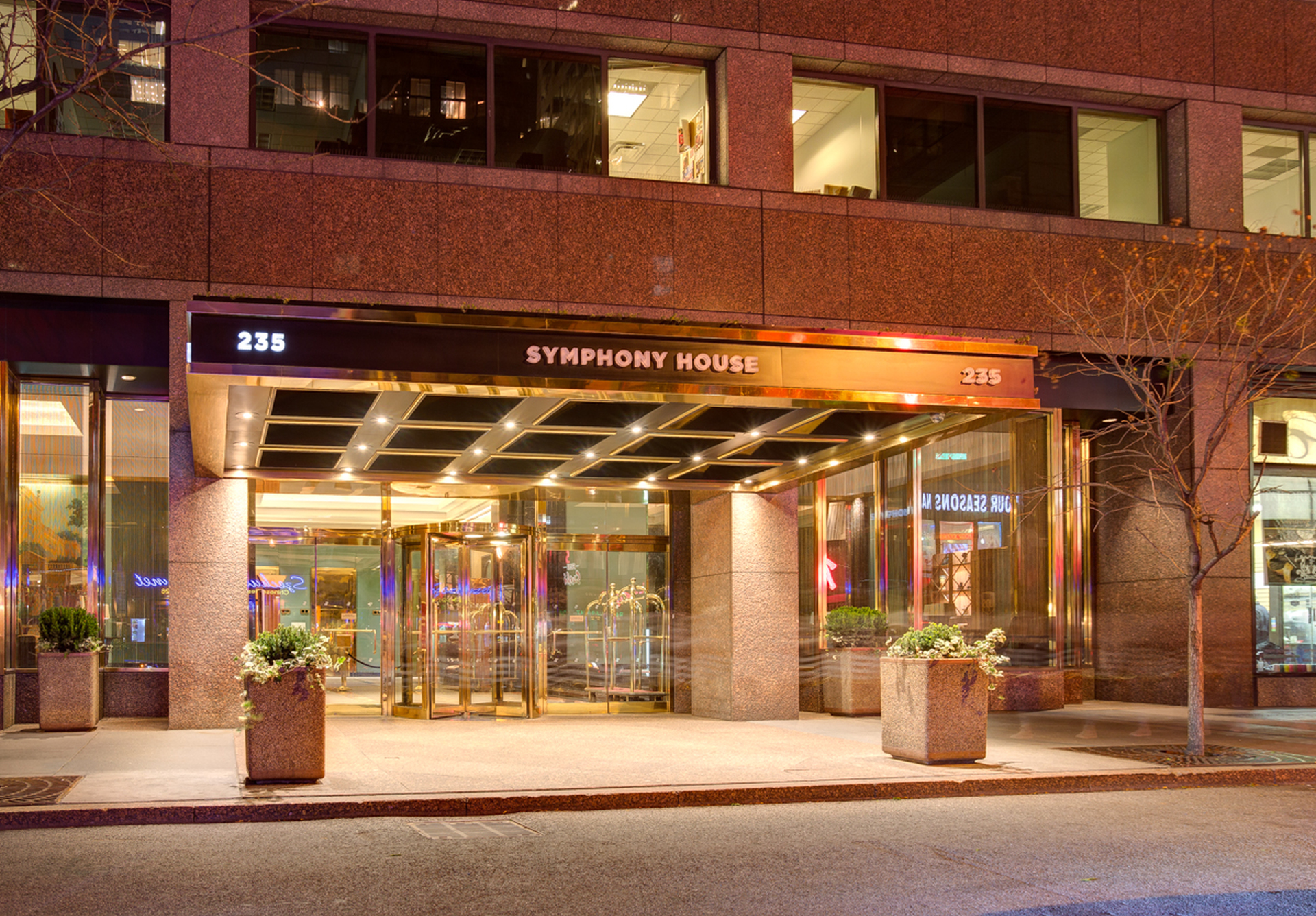 Jack Resnick and Sons has secured a $125 million mortgage for the commercial condo units at Symphony House in Midtown, according to city records.

The 44-story property is a luxury apartment building located at 235 West 56th Street, near Central Park and Carnegie Hall. It was built in 1986 and was designed by Emery Roth & Sons. The property contains 480 residential units and has amenities such as a private rooftop club, a rooftop fitness facility and a children’s playroom.

The building, which has an alternate address of 1755 Broadway, is split into two parts. It has an eight -story, 277,319 s/f commercial base and a residential portion that covers 33 stories. The biggest office tenant in the property is record label Universal Music Group. The company signed a 10-year, 242,505 s/f renewal in the property in 2013.

The loan replaces a $25 million Metropolitan Life Insurance mortgage from 2015. Prudential Insurance Company is the lender on the new loan.