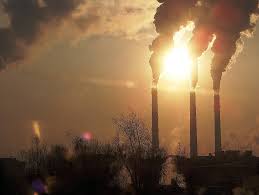 Decarbonizing these companies would wipe out nearly half of the power sector’s carbon emissions, according to the coalition.

Said Stringer, “The climate crisis is an imminent threat not only to our planet, but to pensions systems, and ultimately, our beneficiaries.

“Delaying climate action is like denying climate change – it’s not an option for these companies or for anyone else. These are the biggest power producers and polluters in our country, which is why decarbonization is not just a moral imperative, it’s a financial necessity.

“This initiative makes clear that mobilizing for the planet goes hand-in-hand with protecting our pensions, and we need these commitments now.”

The 20 signatories, including some of the biggest institutional investors in the world, have asked the board chairs of these 20 utilities to make the net-zero commitment within the next six months.

Investors want the targeted utilities to implement four key governance reforms in advance of their 2020 proxy statements to achieve the net-zero target:

Identify who on the board is responsible for overseeing execution of the net-zero transition.

Develop and publish a detailed transition plan to achieve net-zero emissions from electricity generation by 2050 at the latest, with clear near-term benchmarks and plans for 2025 and 2030.

Disclose how political, lobbying and trade association activities will be brought into alignment with the net-zero commitment.

A new report from the Climate Majority Project, Net-Zero by 2050: Investor Risks and Opportunities in the context of Deep Decarbonization of Electricity Generation, details the urgency of global decarbonization and the risks and opportunities for electric utilities and their investors.

It also outlines the governance transformations needed for companies to achieve the net-zero target.

“Climate change presents investors with significant risks, but the creation of a low carbon economy presents numerous opportunities that utilities, and their investors, cannot afford to miss.”

Other signatories include CalPERS, Ceres, Hermes Investment Management and the Connecticut Treasurer Shawn T. Wooden, who said, “The negative impacts of climate change for our planet and our country are not some hypothetical scenario decades from now. This is a crisis that is very real today.

“That’s why Connecticut and other long-term investors in electric utilities are taking action.”

Today, the electric power sector is one of the largest sources of U.S. carbon emissions, and U.S. power sector emissions increased in 2018.

The coalition says failure of electric utilities to decarbonize poses material risks for long-term investors; at the same time, carbon-free electrification of transportation and other sectors presents electric utilities with once-in-a-generation growth opportunities.

The 20 companies that are the focus of the investor initiative are estimated to generate nearly 50 percent of the U.S. electric power sector’s CO2 emissions.

None of the companies can demonstrate that their capital expenditures are in line with achieving a net-zero target, and many have invested heavily in policy-related activities that oppose climate mitigation.

Eli Kasargod-Staub, CFA, Executive Director of the Climate Majority Project, said: “Given the urgency, complexity, and magnitude of the net-zero transformation, responsibility for the transition rests with corporate boards.

“We recommend that if an electric utility fails to make the net-zero by 2050 commitment and undertake the four reforms by the time of the 2020 proxy statement, asset owners and managers should consider voting against the chair of its board of directors (and lead independent director, if applicable) in 2020.